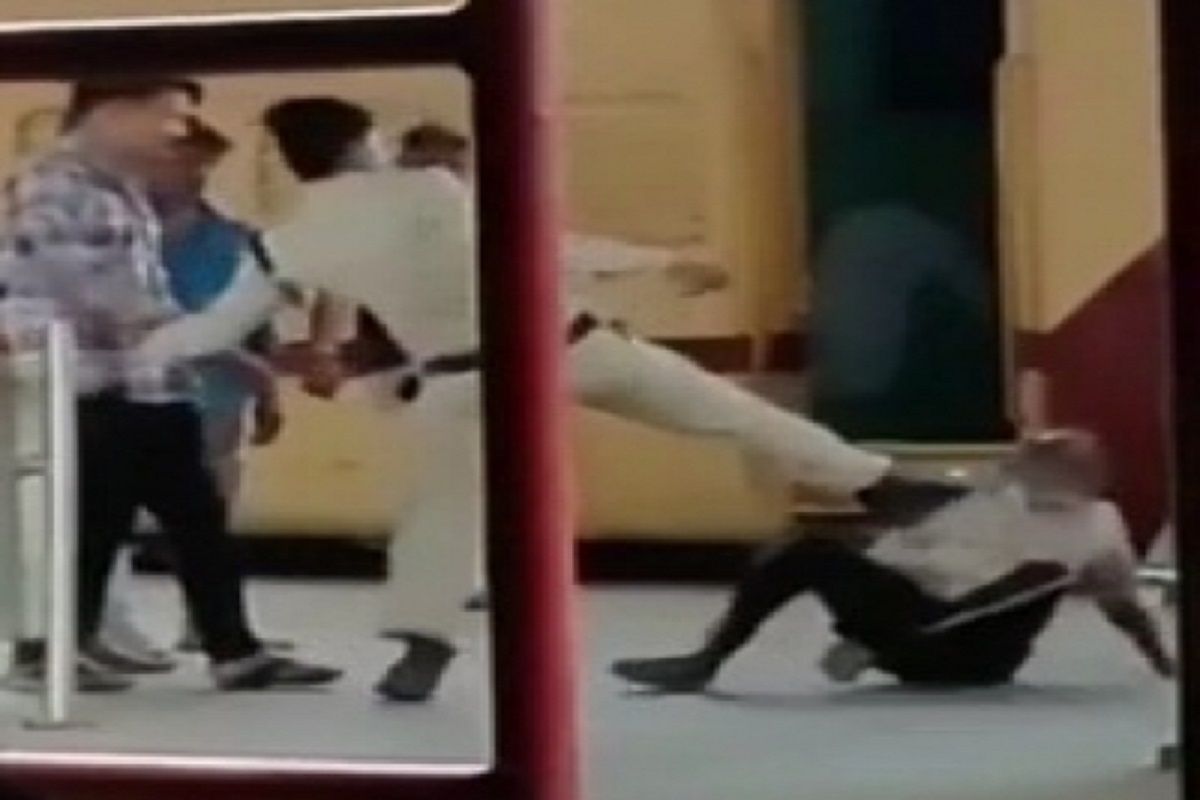 Bhopal/Madhya Pradesh: A video of a police constable thrashing and dragging an elderly man at Jabalpur railway station went viral on social media. The police constable has been identified as Anant Mishra.  The cop has been suspended after the incident came to the fore as a passenger made a video of the entire episode and posted it on social media. In the video, the constable was kicking and dragging the old man while several people present at the platform of Jabalpur Railway station were mute spectators.  The constable also tried to throw the man on the railway track.Also Read – Bhopal Engineering Student, 21, Died By Suicide Due To Stress Over Debts After Prophet Text: SIT

Unbelievable, these kind of police are expected to protect people? @AmitShah @PMOIndia

If reports are to be believed, the elderly man, in an inebriated state was misbehaving with the police officer and his fellow passengers at the station.