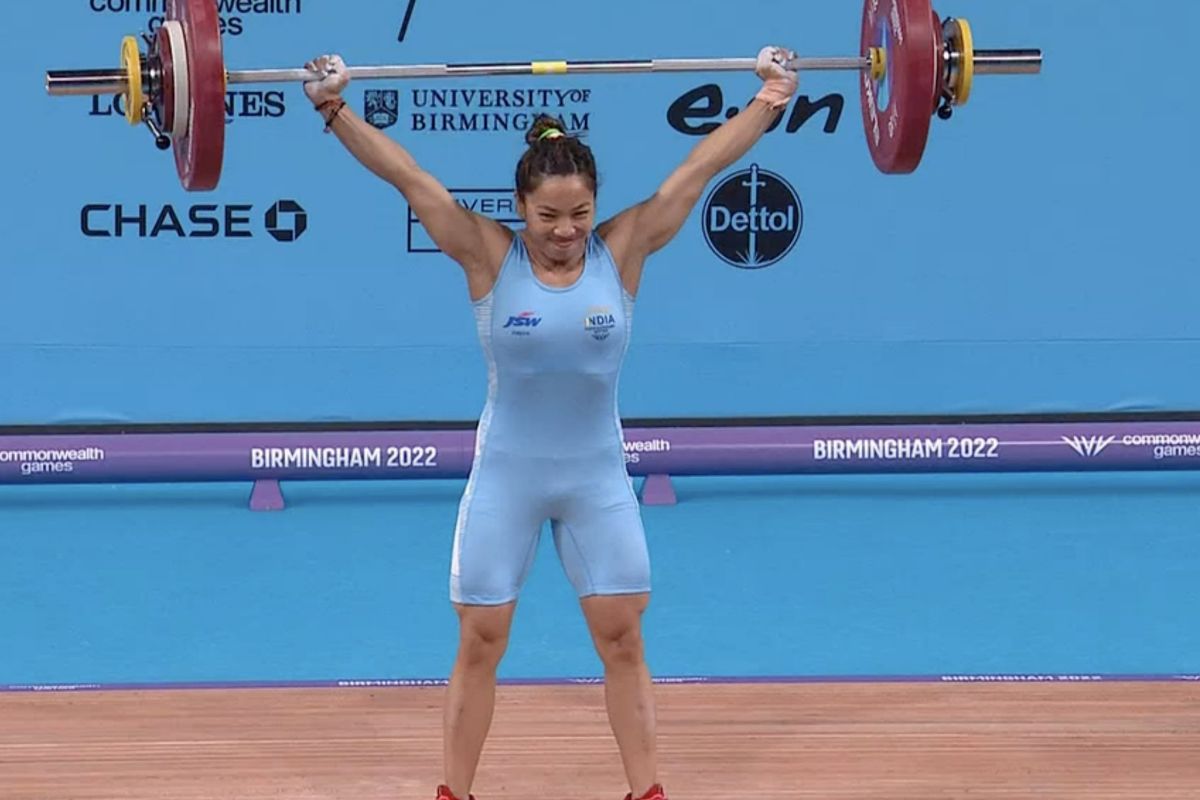 Birmingham: Ace Indian weightlifter Saikhom Mirabai Chanu broke her personal record to clinch India’s first gold medal at the Commonwealth Games 2022 (CWG) here on Saturday. Chanu was a cut above everyone else in the competition as she lifted her weights quite comfortably.Also Read – LIVE India vs Australia Badminton Mixed Team Event, CWG 2022: PV Sindhu Lead Wendy Chen 1-0 in First Game

Mirabai, who was the outright favourite to win her division, lived up to the billing with a total lift of 201kg (snatch – 88kg; clean and jerk – 113 kg). With her mark, she shattered the Commonwealth Games record in the category. Also Read – LIVE | India at Birmingham, Day 2: Savita & Co. Dominate; Lovlina Enters Q/F

The previous Games record, in fact, was held by Chanu herself courtesy a 191kg lift which brought her the 48kg gold medal at Gold Coast 2018. It was Chanu’s third successive medal at the Commonwealth Games. She finished with silver at Glasgow 2014 and won gold at Gold Coast 2018. Also Read – CWG 2022, Lovlina Borgohain vs Araine Nicholson, Round 16 Highlights: Olympic Medalist Rout NZ Opponent 5-0

This is India’s third medal in Birmingham after Sanket Sargar’s silver and Gururaja Poojary’s bronze in the men’s 55kg and 61kg respectively.

The Manipuri ace began her title CWG defence with a 84kg effort, a new Games record in snatch, and improved it to 88kg with her second try to match her personal best. Her third attempt, a crack at 90kg, though, was unsuccessful. The second-best lifter after Chanu in snatch was Mauritius’ Roilya Ranaivosoa, who logged a best effort of 76kg.

In the clean and jerk, Mirabai lifted 109kg with her first attempt to shatter both the Games and Commonwealth record and secure the gold. A lift of 113kg in her second attempt saw her extend the winning margin.