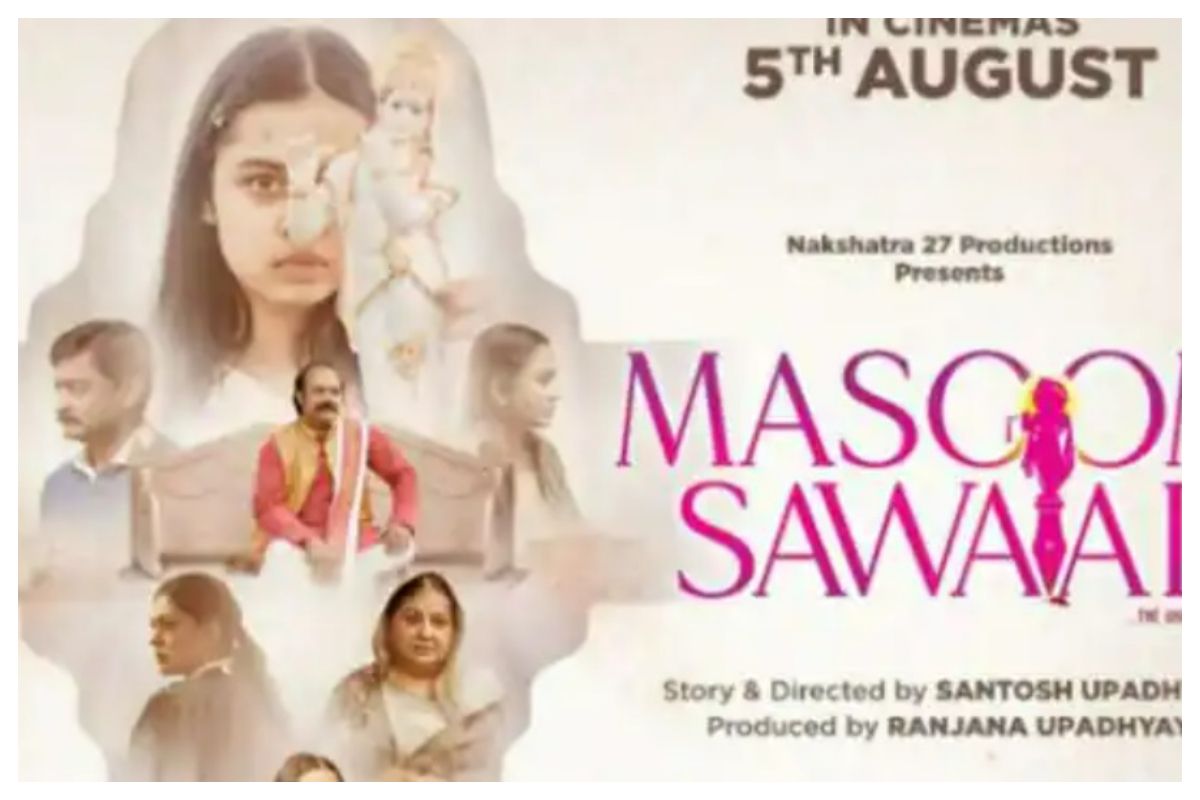 Recently Released Film ‘Masoom Sawaal’ Lands Into Controversy: A controversy has arisen over the poster of the film ‘Masoom Sawaal’. The poster allegedly shows the picture of Lord Krishna on sanitary pads. In Ghaziabad, Amit Rathore, the founder of Hindu Rashtra Navnirman Sena has lodged an FIR against the director of the film Santosh Upadhyay, the director of NAKSHATRA 24 Media Pvt Ltd, and others associated with the film at Sahibabad police station in Ghaziabad.Also Read – 100 COVID Cases Reported From Ghaziabad In 24 Hours, Noida Has Most Patients In UP

Complainant Amit Rathore said, “I was in shock as soon as I came to know about this controversial poster on 4th August. The faith of Hindus in the country is being played with. The producer of this film has hurt our faith by printing the photo of Lord Krishna on the sanitary pad by hatching a well-planned conspiracy. Its purpose is to incite communal riots across the country. Also Read – KBC 14, Episode 1, August 7: Amitabh Bachchan Begins Game Show, Check Questions And Answers

Inspector Pradeep Kumar Tripathi of Sahibabad police station said that the investigation of this case has been handed over to Sub Inspector Suresh Chandra. A notice will soon be sent to the film director to record his statement regarding the trial. Also Read – COVID-19 On Rise: Delhi Records 2.3K, Noida 158, Ghaziabad 76 Cases On Saturday

Sahibabad Police Station has started an investigation by registering a case under IPC Section-295 on the complaint of Amit Rathore. Amit Rathore said, “People are boycotting films of actors like Aamir Khan because he has always hurt the religious faith of Hindus through films.”

Directed by Santosh Upadhyay, ‘Masoom Sawaal’ is based on the orthodox thinking associated with periods. In this film, actress Ekavali Khanna is playing the role of a lawyer who fights the case of a girl child who is kept away from the idol of god during her period. The girl files a case in a court against this practise. It is a social drama Hindi film which has been released.

After the controversy, director Santosh Upadhyay issued a clarification on the poster. In a conversation with a media house, he said, “Sometimes people’s perspective about things is wrong. This film is completely based on periods. That’s why it is necessary to show the pad. There is a pad on the poster, not the poster of Krishnaji on the pad.”