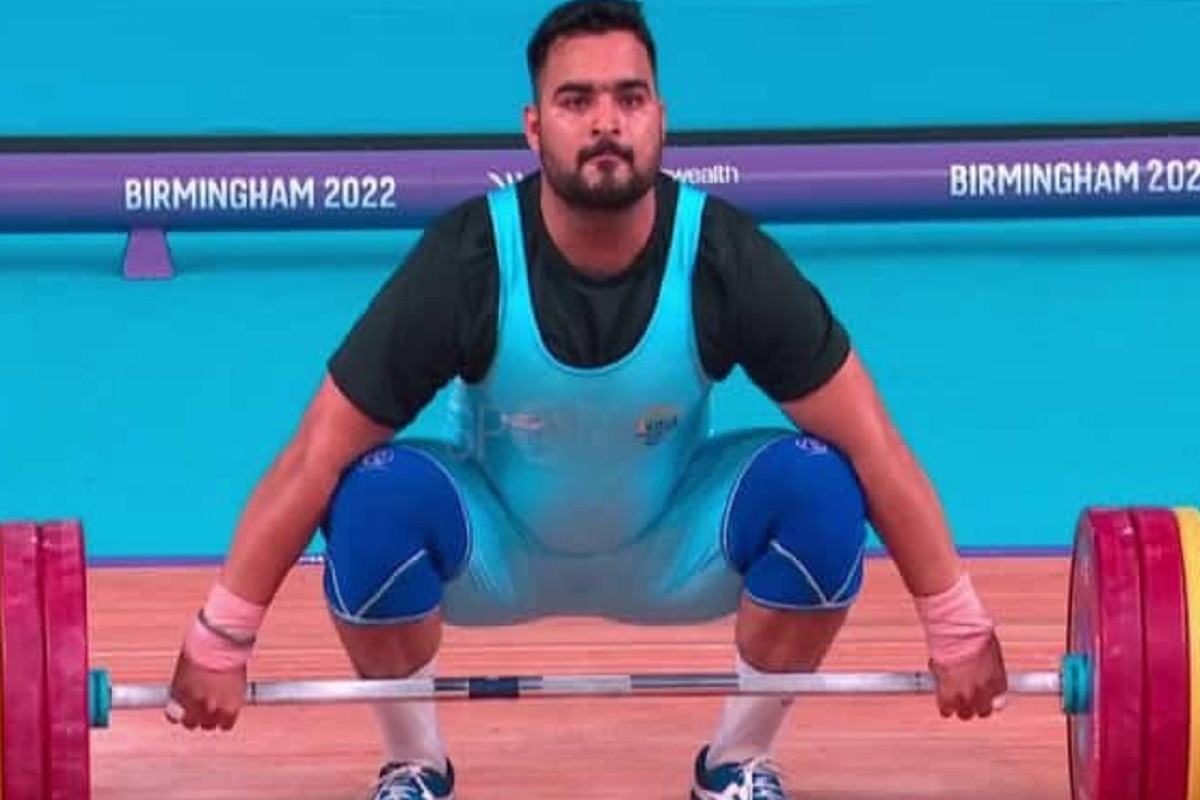 CWG 2022 Latest Update: India’s Lovepreet Singh on Wednesday a bronze medal in the men’s 109 KG weightlifting event. He bagged the medal after completing all six lifts and managed a total of 355 kg. On the other hand, Nyabeyeu of Cameroon won the gold with a total lift of 361 kg and Jack Opeloge of Samoa won silver with a total lift of 358 kg.Also Read – LIVE | CWG 2022, Day 6 Live Updates: After Lovepreet’s Bronze; Savita & Co. Win Thriller vs Canada

Notably, this is the 9th medal that India won so far in the weightlifting category at the Commonwealth Games 2022. Also Read – CWG 2022: Vikas Thakur Pays Tribute To Sidhu Moose Wala, Does ‘Thigh-Five’ Celebration| Watch Video

At Birmingham Games 2022, Lovepreet lifted a best of 163 in the snatch to go with 192kg in Clean & Jerk to finish on the podium. The 24-year-old Punjab weightlifter has set a new National record of 192 kg in clean and jerk. He lifted 161kg in the 2nd attempt and finished at the 2nd spot at the snatch by lifting a weight of 163kg. Also Read – CWG 2022: Everyone Should Now Focus On The Individual Event, Says PV Sindhu After Defeat To Malaysia

Lovepreet successfully lifted 185kg in the first clean and jerk, and then followed up with a lift of 189kg.

Unlike his contemporaries, Lovepreet completed all the lifts successfully and entered the contest as a medal hopeful and ensured that he won a medal for the country.

Prior to this, Sanket Sargar kicked off the proceedings for India by winning a silver medal on the 2nd day of the Games. However, he missed on winning the elusive gold by a margin of just 1kg. Mirabai Chanu (gold), Jeremy Lalrinnunga (gold), Anchita Sheuli (gold), Sanket Mahadev Sargar (silver), Bindyarani Devi (silver), Gururaja Poojary (broze), Harjinder Kaur (bronze) and Vikas Thakur (bronze) are other weightlifters who have won a medal so far.