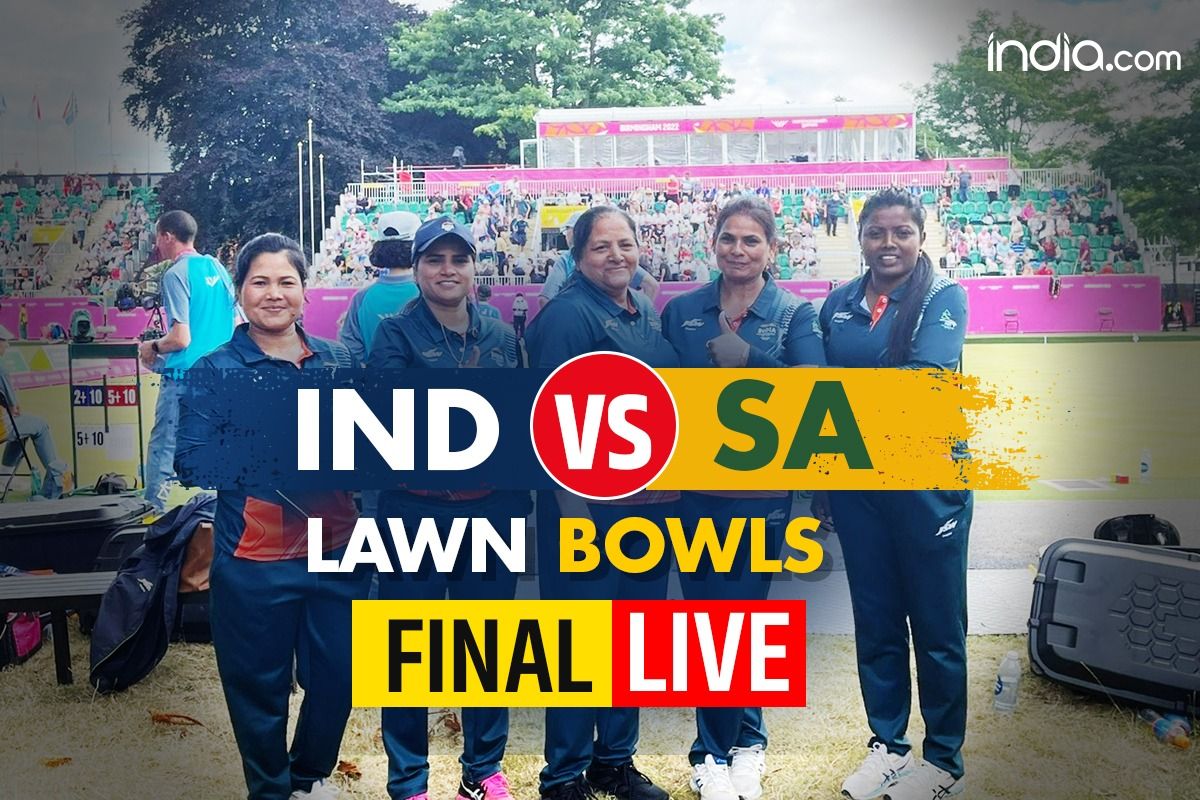 LIVE Lawn Bowls Final, Women’s Fours, CWG 2022 Updates: The Indian Women’s Four is not going to rest on its laurels and will go for the gold in Tuesday’s final against South Africa in the Commonwealth Games lawn bowls competition here, said team manager Anju Luthra after the team’s historic victory against New Zeland. “We have won the medal after 12 years of hard work. On occasions, we had missed the medal by one bowl, in the quarterfinal, or the semifinal. But this year we proved it and we are on the podium, but we would like to convert into the gold and we will try our level best to create history on history,” Anju Luthra said on Monday.Also Read – Punjab CM Bhagwant Mann Announces Rs 40 Lakh Cash Prize For Weightlifter Harjinder Kaur

As the years of sweat and toil and many disappointments culminated in a historic moment for Indian lawn bowl players at the Commonwealth Games here on Monday, the Women’s Fours assured the country its maiden medal in the sport with a superb 16-13 win against New Zealand at the Victoria Park in Royal Leamington Spa. Also Read – LIVE | India at Birmingham, Day 5: India Take Early Lead in HISTORIC Women’s Lawn Bowls FINAL

The Indian Fours comprising Lovely Dubey, Pinki, Nayanmoni Saikia and Rupa Rani Tirkey had reached the semifinals after beating Norfolk Island 17-9 in the quarterfinals and secured victory their place in the final with a superb effort in the 15th and final end. Also Read – CWG 2022: MS Dhoni and Lawn Bowls Finalist Lovely Choubey Share A Special ‘Connection’, Read More

With the higher seeded New Zealand taking an early lead and catching up with India at the end of the 13th end, the Kiwis held a narrow one-shot lead at 13-12. But the Indians made the last bowls count to grab four points to grab their place in the final.