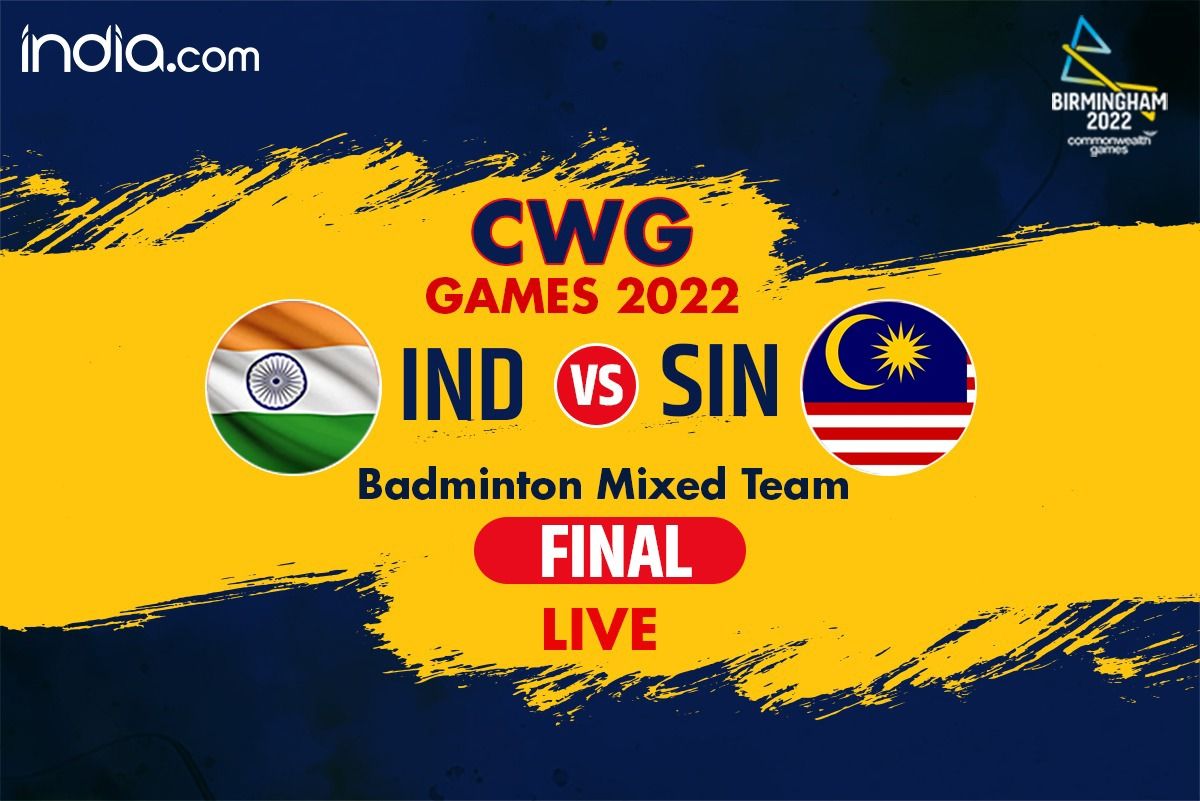 LIVE India vs Malaysia Badminton Mixed Team Final Score and Updates: Lakshya Sen outsmarted reigning world champion Loh Kean Yew as India showed their might to blank Singapore 3-0 and enter the mixed team final at the Commonwealth Games here on Monday. The men’s doubles pairing of Satwiksairaj Reddy and Chirag Shetty gave India the lead in the semifinal with a 21-11, 21-12 win over Yong Kai Terry Hee and Andu Jun Kian Kwek. Two-time Olympic medallist P V Sindhu was clinical against 19th-ranked Jia Min Yeo for a 21-11, 21-12 result to extend India’s lead to 2-0. The third match between Sen and Loh was the most anticipated rubber of the semifinal with the 10th-ranked Indian facing the ninth-ranked Singaporean.Also Read – LIVE | India at Birmingham, Day 5: Saurav Ghosal Eyes Final Spot, Badminton Mixed Team Final Next

Sen, who extended his head to head count over Loh to 4-2, took his chances against the Singaporean and succeeded more often than not. The Indian used his booming forehand to upset Loh’s rhythm. Sen started slow as Loh took a 4-0 lead in the first game. He bounced back to make it 6-6 after a long really, with Loh not sure whether to leave it or hit it. Also Read – CWG 2022: India Wins Gold In The Men’s Team Table-Tennis Final Defeating Singapore

The Indian went into the break with a slender 11-10 advantage and made it 14-10 with two unforced errors from Loh’s racket. He followed up with a powerful smash on Loh’s forehand and made it 16-10. Loh narrowed the gap, but Sen managed to go 1-0 up in the match after the Singaporead found the net. Also Read – India vs England Women’s Hockey Commonwealth Games 2022 Highlights: ENG Beat IND 3-1 In An Exhilerating Match

The second game too was a tough battle, but Sen always maintained the lead and closed out the match.