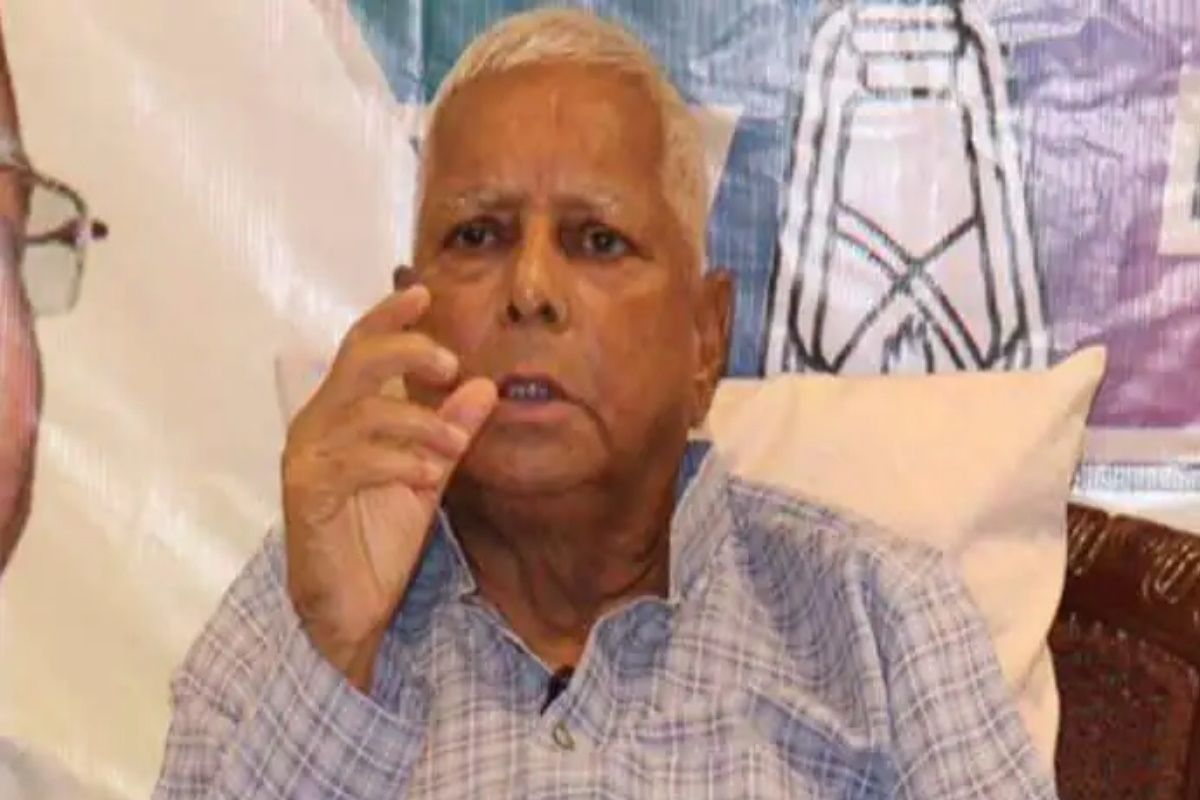 Patna/New Delhi: Hours before Nitish Kumar once again broke away with the BJP and decided to form alliance with Lalu Prasad Yadav’s RJD in Bihar, the latter’s daughter Rohini Acharya made a “coronation” claim on Monday. “Prepare for the coronation, the lantern carriers are coming,” Acharya wrote on Twitter in Hindi, referring to the election symbol, lantern, of Lalu Yadav’s Rashtriya Janata Dal (RJD), which is now led by his younger son Tejashwi Yadav.Also Read – BJP Agenda Won’t Run in Bihar, Will protect Ganga-Jamuni Tehzeeb: Tejashwi Thunders With Nitish By His Side

The song, released before the Bihar Legislative Council elections earlier this year, has been sung by popular Bhojpuri singer-actor Khesari Lal Yadav. Though made for a specific RJD candidate, it had lines praising the former chief minister and his political heir. “Tejashwi ke bina sudhaar na hoyi (There can be no progress without Tejashwi),” it said.

Tejashwi Yadav, now Leader of Opposition in the Assembly, was deputy chief minister to Nitish Kumar after the 2015 elections, when the JDU, RJD and Congress won together. Lalu Yadav’s other son Tej Pratap Yadav was a minister too. But that government fell as Nitish Kumar walked out of the “Grand Alliance” to get back with the BJP in 2017. The JDU and BJP together won the 2020 elections.

Bihar Chief Minister Nitish Kumar on Tuesday met Governor Phagu Chauhan and tendered his resignation, after a meeting of JD(U), where a decision was taken to quit the BJP-led NDA. Kumar emerged from his residence in a cavalcade and greeted a large number of party workers, who had been waiting outside to catch a glimpse of their leader.

Workers of opposition RJD, which appears tipped to be a part of the new government, joined their counterparts in the JD(U) in raising the slogan “Nitish Kumar Zindabad”. Kumar is expected to stake claim to form a fresh government, armed with the support of the entire opposition soon.