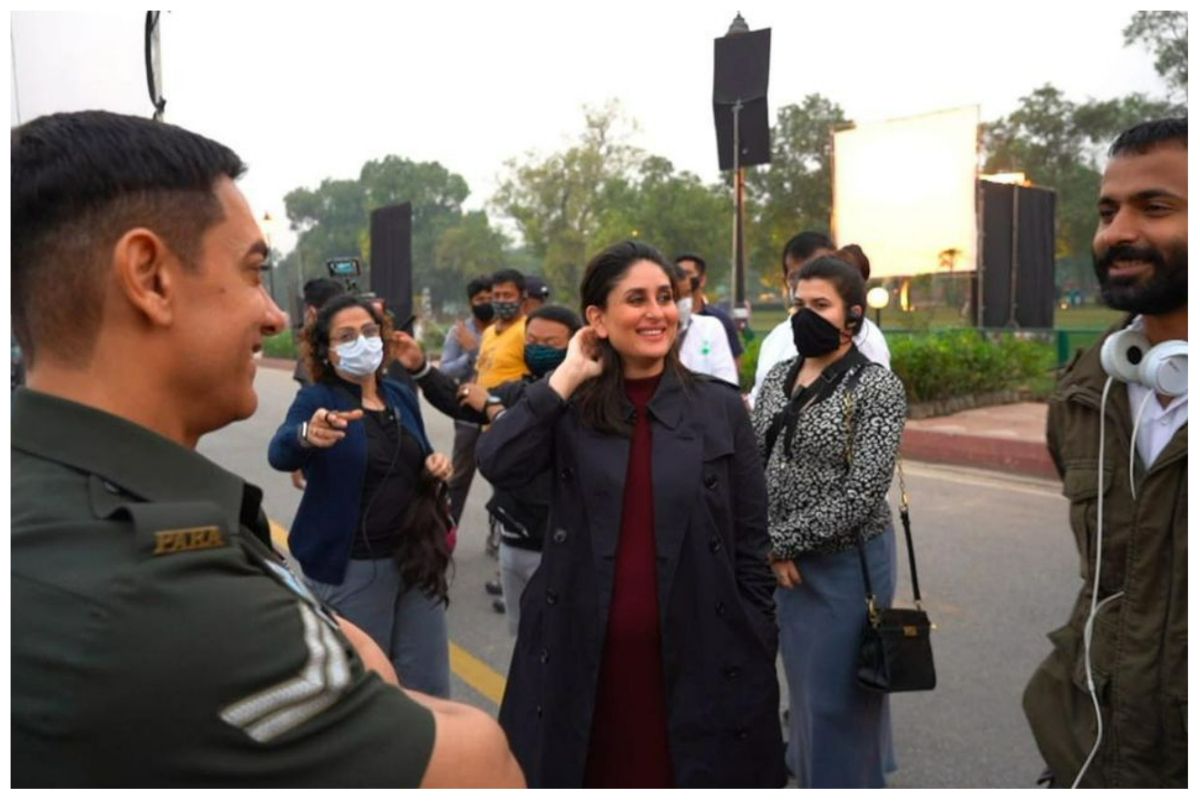 Laal Singh Chaddha: Kareena Kapoor Khan is back in action as her magnum opus Laal Singh Chaddha opposite Mr Perfectionist Aamir Khan released today. Kareena took to her Instagram handle and shared a throwback picture from the sets where she gives us a glimpse of her baby ‘Jeh Baba.’ The actor dropped a preggers picture of herself standing alongside Aamir and director Advait Chandan from the sets of Laal Singh Chaddha. Kareena, Aamir and Advait seem to be having a light-hearted interaction in the photo as the trio is seen smiling. A pregnant Kareena tucked her hair behind her ears and donned a red outfit teamed with a dark blue coat in the picture probably clicked during winters. While Aamir sported a uniform, Advait can be seen wearing a green jacket. Laal Singh Chaddha crew also stood around in the unseen photo.Also Read – Laal Singh Chaddha Movie Review: Aamir Khan’s Love Letter to Humanity And Hope… Also, It’s Not Forrest Gump!

Kareena captioned her post as, “Aamir, Advait, Me and Jeh Baba… Thank you for the memories… Rupa and Lal Forever. Laal Singh Chaddha today… @aamirkhanproductions @advaitchandan.” Reacting to the post Kareena’s Aitraaz co-star Priyanka Chopra dropped a heart eyes emoji. Fans also dropped red heart emojis. A person wrote, “Cannot wait to watch the movie!” Kareena was pregnant with Jehangir Ali Khan during the shoot of Laal Singh Chaddha. Jeh was born on February 21, 2021. In May, sharing the trailer of the film on Instagram, Kareena wrote, “A pandemic, two lockdowns, and a baby later… one of my most special films… also because my Jeh baba is very much a part of it (in my tummy). Thank you Advait and Aamir for having not just me but the both of us in it… it’s something I will cherish forever. Over to you guys, finally…” Also Read – Laal Singh Chaddha Full HD Available For Free Download Online on Tamilrockers and Other Torrent Sites

In 2021, Aamir had said in a video, “While the rest of the world was dealing with Corona, we were dealing with Corona (Covid-19) and Kareena, who was the heroine of the film, she got pregnant, another complication so we are like one more gust of wind has pushed us in another direction.” The film is scripted by Atul Kulkarni and also stars Mona Singh and Naga Chaitanya in pivotal roles.

For more updates on Laal Singh Chaddha, check out this space at India.com.