Kim Kardashian Break Up: Kim Kardashian is single again! The Kardashians star and Pete Davidson’s whirlwind romance has come to an end. Both Kim(41) and SNL host Pete Davidson(28) have broken up and decided to just be friends, sources close to the couple told E! News. Sources told E! that the couple found their busy schedules “made it really difficult to maintain a relationship.”
The source further shared that while the former pair has “a lot of love and respect for each other,” they found that the long distance dynamic and their demanding schedules “made it really difficult to maintain a relationship.” The split occurred sometime this week.Also Read – Kim Kardashian In A Skimpy Black Bikini Shares Adorable Beach PICS With All Her Four Kids, Gets Piggyback Ride From Daughter North

Currently, Pete is in Australia working on the movie Wizards! While Kim, is busy spending time with her four kids—North, Psalm, Chicago and Saint, with her ex Kanye West.

Kardashian and Davidson started dating in November 2021, shortly after Kim made her “Saturday Night Live” hosting debut. During her “SNL” gig in October, Kardashian appeared alongside Davidson in an “Aladdin”-inspired sketch where the two shared a kiss. 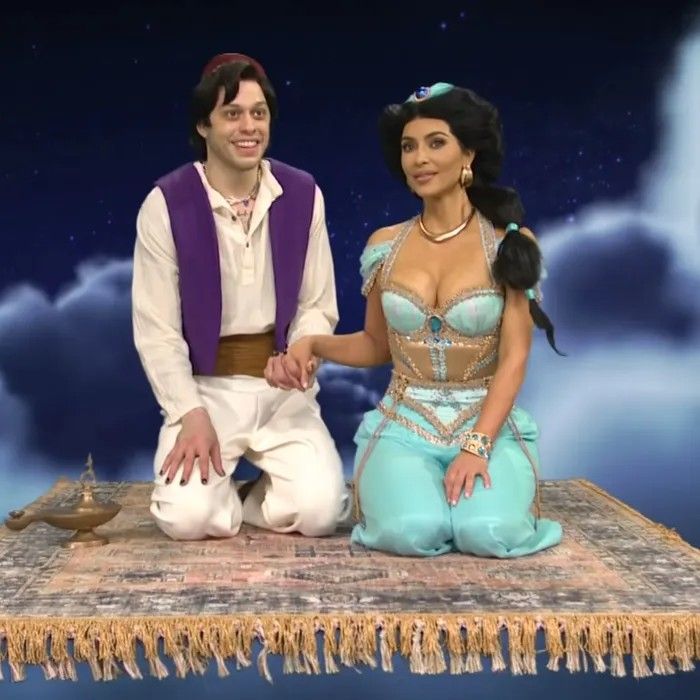 The duo first made things official in March 2022. Since then, they appeared at a number of public events together.

The news of the Kim and Pete’s split comes just days after rumours spread of a possible reconciliation between Kardashian and Kanye. The mom of four supported West by rocking sunglasses from his brand Yeezy. “YR 3022 YEEZY SHDZ,” the star captioned pics of herself modelling the frames.