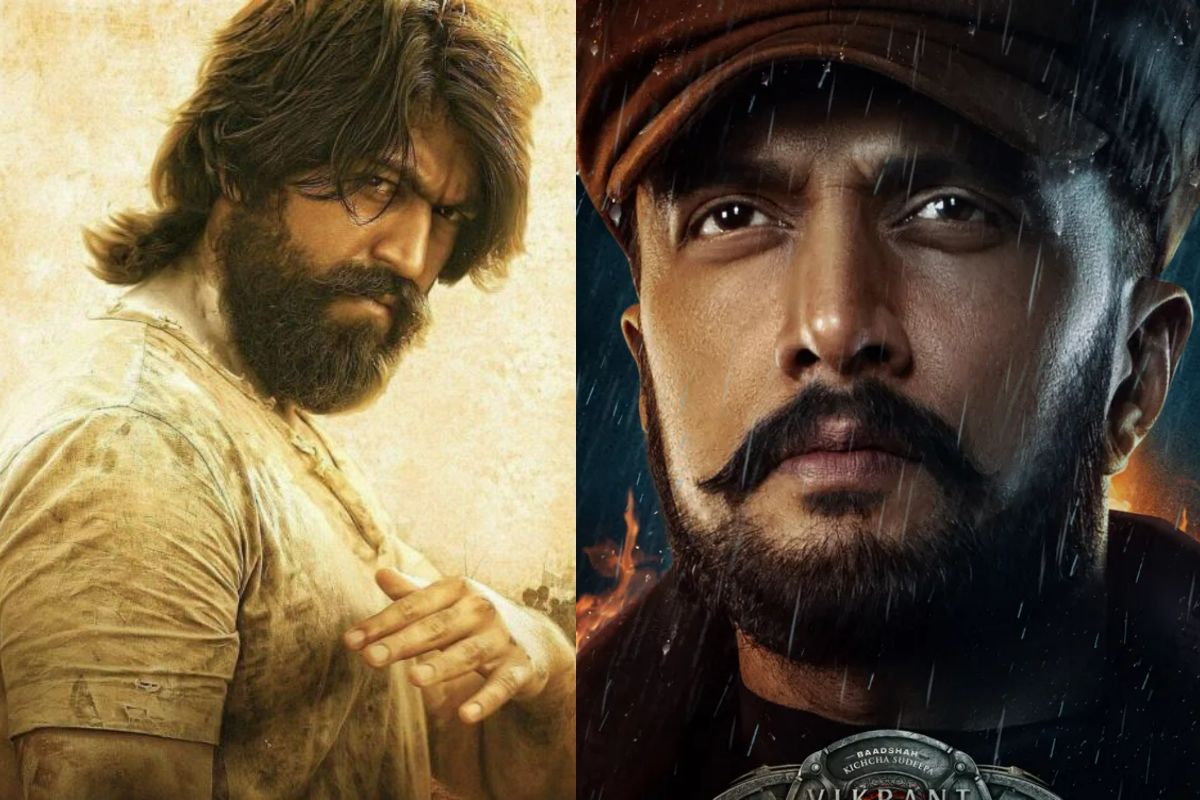 Vikrant Rona beats KGF: Chapter 1 at Karnataka Box Office: Kiccha Sudeep starrer Vikrant Rona continued its fabulous run at the Box Office on its first Monday as well. The fantasy drama has surpassed the benchmark of Rs 100 crore globally and ended its five-day run at around Rs 110 crore worldwide (not the confirmed figure). The film, directed by Anup S Bhandari, features Kiccha in the role of a stylish cop who comes to the rescue of the villagers being attacked by a devil called ‘Brahmarakshas.’Also Read – Vikrant Rona Box Office Day 4: Kiccha Sudeep Enters Rs 100 Crore Club in Massive Fashion – Check Detailed Collection Report After First Weekend

After minting between Rs 33-35 crore on its opening day, the film went on to cross Rs 100 crore in the matter of four days (extended weekend). Vikrant Rona is only the third film from the Kannada film industry to have grossed a century at the Box Office this year and the eighth film in the list of all-time top 10 highest-grossing Kannada films in the USA. Also Read – Kiccha Sudeep’s Exclusive Interview on Salman Khan, Ajay Devgn, Universal Content And Vikrant Rona | Part II

Not just in Karnataka, the film’s performed well in the Hindi and Telugu belts also. While it collected around Rs 6 crore from the North, it has shown a fantastic trend in the Telugu-speaking circuits where it has already been declared a hit with over Rs 3 crore share in four days.

Check out the list of the top-five fastest Rs 100 crore grossers from the Karnataka film industry:

Interestingly, KGF: Chapter 1 which starred Rockstar Yash in a massy avatar, crossed Rs 100 crore in a week. Kiccha’s Vikrant Rona achieved the same feat in just four days which makes it crawl up the list of fastest Rs 100 crore-grossers from Sandalwood.

Vikrant Rona is expected to gain more in the coming days and finish off its first-week collection at around Rs 140 crore. Watch this space for all the latest Box Office updates on Vikrant Rona!