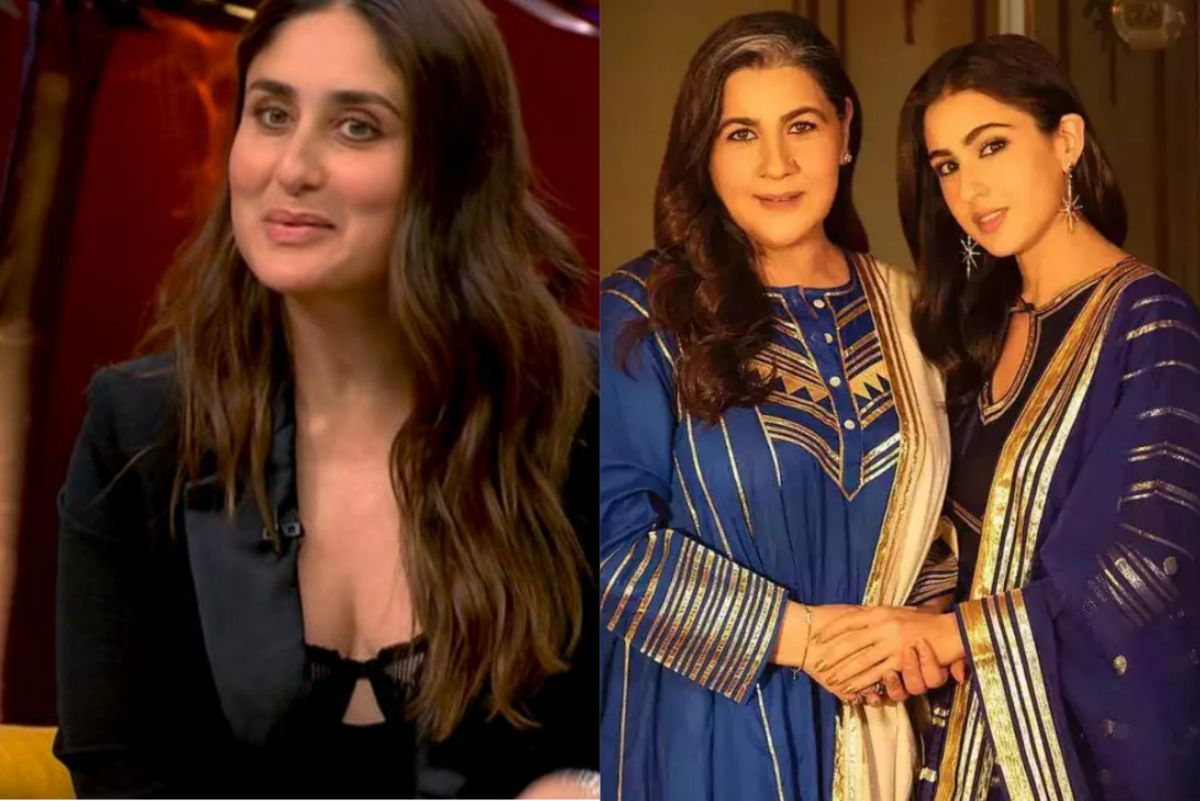 Koffee With Karan 7’s episode five has been released a little early last night. Kareena Kapoor and Aamir Khan were the celebrity guests who talked about modern parenting, family dynamics and work. Aamir and Kareena shared that how they balance work and personal life side-by-side. On the show, Kareena revealed how Saif Ali Khan manages family time with his four children. Bebo also talked about ex-wife Amrita Singh when she had come to Kabhi Khushi Kabhi Gham sets with daughter Sara Ali Khan.Also Read – Koffee With Karan 7: Kareena Kapoor Says She Did The First ‘Screen Test’ of Her Life For Laal Singh Chaddha: ‘Aamir Made me do it…’

Kareena Kapoor Khan said, “I remember at the K3G trials, she (Sara Ali Khan) was hiding behind her mum. And Amrita was actually like ‘Sara really wants a picture because she’s such a big fan. She had loved Poo in KGG and ‘You are my Soniya’ so much.’ But I don’t know why people discuss so much about it, because I mean we are family, and like Aamir said if there’s love and regard and understanding. This is what it is. They are Saif’s children, they are his priorities.” Also Read – Aamir Khan On Ranveer Singh’s Nude Photoshoot: ‘It Was Quite Bold Of Him’

Koffee With Karan 7’s latest episode will show the concept of modern families, ex-couples share a great bond with one another and are nurturing their kids together. It’s worth-appreciating Aamir and Kareena here! Also Read – Alia Bhatt Gets Trolled For Saying ‘I Will Work Till 100 Years’, Netizens Say ‘Stop Being Kareena’

Karan Johar shared an incident when he was talking to Kareena on call on the sets of Rocky Aur Rani Ki Prem Kahaani. As soon as Ibrahim Ali Khan (the AD of the film) realised KJo was on a call with Kareena, he took the phone and immediately started to chat with her. “So Ibrahim was on set with me, he is one of my assistants. And I was talking to Bebo on the phone. He took the phone and he just started chatting with her. And he says Kareena I have to come and see you and I was just like it’s actually so normal and beautiful,” said Karan.