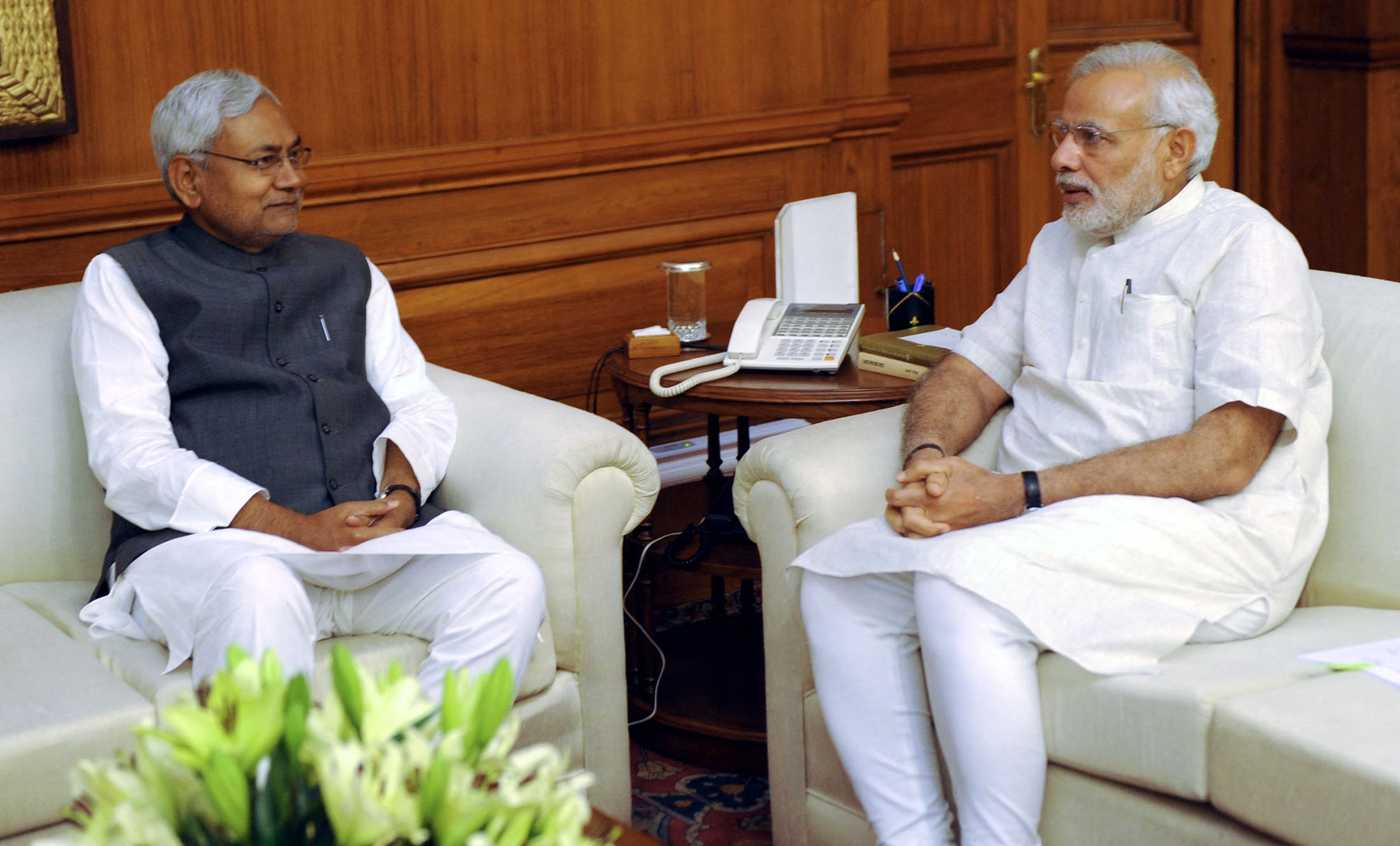 Patna: By skipping the Niti Aayog meeting chaired by Prime Minister Narendra Modi on Sunday, Bihar chief minister and JD(U) supremo Nitish Kumar has raised eyebrows and stirred speculations that things are just not all well between the Janata Dal (United) and the BJP. Of late, the gap between BJP and JD(U) seems to be widening. Sources say Nitish Kumar is not happy with the BJP’s Prawas programme in 200 Assembly constituencies of Bihar. Sources say that the BJP wanted to give out a message that it will contest all 243 assembly seats in future elections. Amid rumors of the rift in the alliance, CM Kumar has called a meeting of all MLAs and MPs of his party Janata Dal (United) on Tuesday. As per reports, the meeting has been called by CM Kumar to decide the future of the ruling alliance in the state.Also Read – LIVE Bihar Political Crisis News: Team Nitish Goes Into Huddle Amid Growing Tension With BJP, Seeks Time to Meet Sonia

What did BJP say about the frayed ties?

The BJP appeared to be in no mood, as of now, to engage in a spat with its oldest ally. Our ties have been with Nitish Kumar and these go back to 1996 when his party was called Samata Party. We do not pay much attention to what others in his party say, state BJP spokesman Prem Ranjan Patel said. Also Read – Narendra Modi Will Be BJP’s PM Candidate For 2024 General Elections, Announces Amit Shah

Please remember that after the last assembly polls, the CM was dejected and willing to step down but we insisted that he continue for another term in office since we had promised to the people of Bihar that he would be our leader no matter which party wins how many seats, Patel pointed out.

Our leader, nationally, is Prime Minister Narendra Modi and in the state it is the chief minister. So we reiterate that we will contest the Lok Sabha polls in alliance with Nitish Kumar’s party and fight the assembly elections under his leadership, he added.