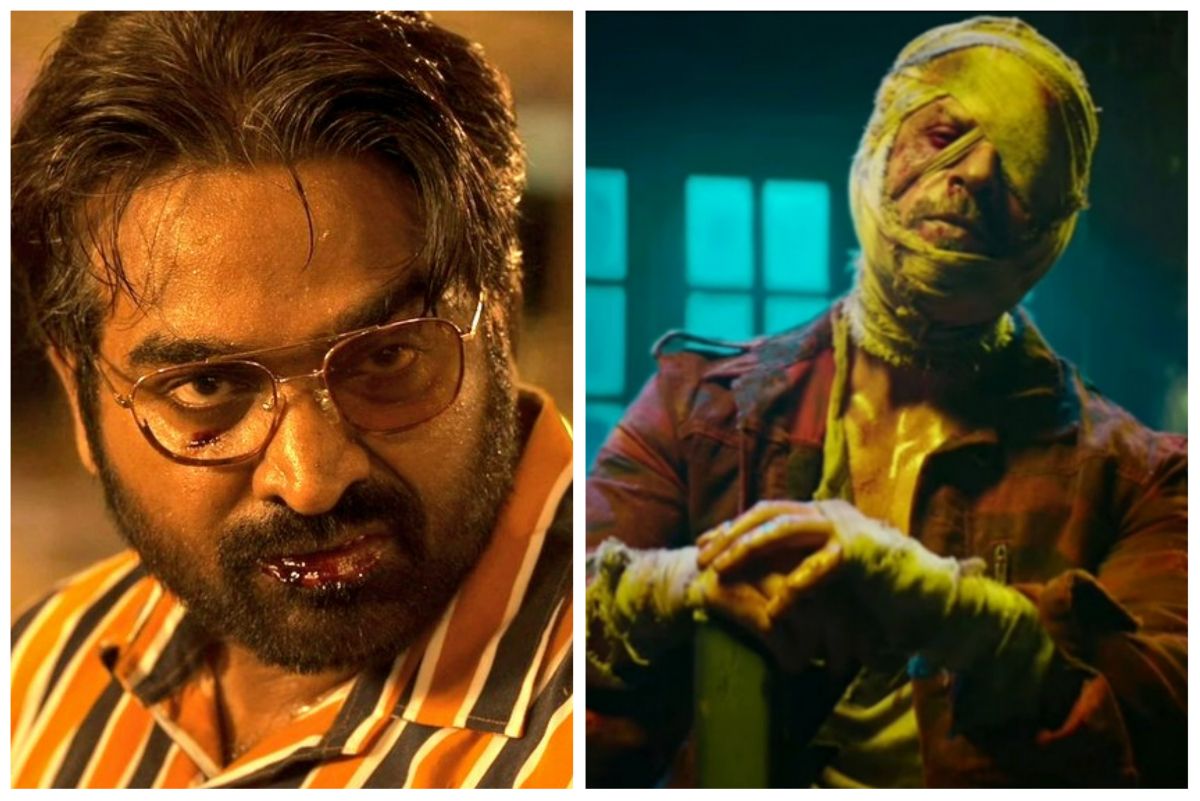 Jawan: Vijay Sethupathi who garnered accolades for his fierce portrayal of the evil drug Lord Chandan in Kamal Haasan starrer action-thriller Vikram is trending on the internet. Vijay is all set to play the arch villain in Shah Rukh Khan-Nayanthara’s actioner Jawan according to multiple media reports. Vijay will be the main antagonist in the Atlee directorial as per an earlier Pinkvilla report. Vijay is known for his versatile range of work in movies like Super Deluxe, Vikram Vedha, Master and Kaathuvaakula Rendu Kaadhal. SRK and Vijay’s fans are elated by the news and can’t hold on to their excitement on social media. Netizens have trended fan posters and memes of Vijay and Shah Rukh coming together for a movie.Also Read – Suhana Khan Shares A Stunning Mirror Selfie, Says ‘Get Ready With Me’

#SRK to #VijaySethupathi in 2019 (at Indian Film Festival of Melbourne): “I don’t know how to say this and I want to compliment you. You are the most wonderful actor I have ever seen in my life.”

Also Read – Alia Bhatt on Giving Advice to Shah Rukh Khan For His Box Office Failures: ‘He is Magic…’

SRK’s fan account has shared an old clip from 2019 from the Indian Film Festival of Melbourne where the actor is praising Vijay for his acting prowess. Shah Rukh can be seen saying in the video, “I don’t know how to say this and I want to compliment you. You are the most wonderful actor I have ever seen in my life.” To which Vijay’s humble reaction saying ‘thank you’ with a surprised expression is winning netizens’ hearts. Fans are praising the Vikram actor for being so grounded in spite of being one of the most talented thespians of Indian cinema. Also Read – Suhana Khan Flaunts Hot Waistline in Casual Look, Joins The Archies Co-Star Agastya Nanda Over Dinner – See Pics

Check out the fan reactions to Shah Rukh and Vijay’s collaboration:

@iamsrk vs @VijaySethuOffl #Jawan the biggest pan-india release of 2023 dir. by the most anticipated director @Atlee_dir anna #ShahRukhKhan #VijaySethupathi pic.twitter.com/NQwjstzJzh

#ShahRukhKhan Vs #VijaySethupathi in #Jawan

Just can’t wait, so made a fanmade poster pic.twitter.com/0Ezaf9QxNw

The Face Which Will Turn Theater in Stadium, Its SRK vs #VijaySethupathi In #Jawan pic.twitter.com/N9WdLsRTMU

Vijay Sethupati is Confirmed for the villain role Of JAWAN

Vijay played a grey shaded character of a criminal in Vikram-Vedha which will be portrayed in the Hindi remake by Hrithik Roshan.

For more updates on Shah Rukh Khan and Vijay Sethupathi, check out this space at India.com.