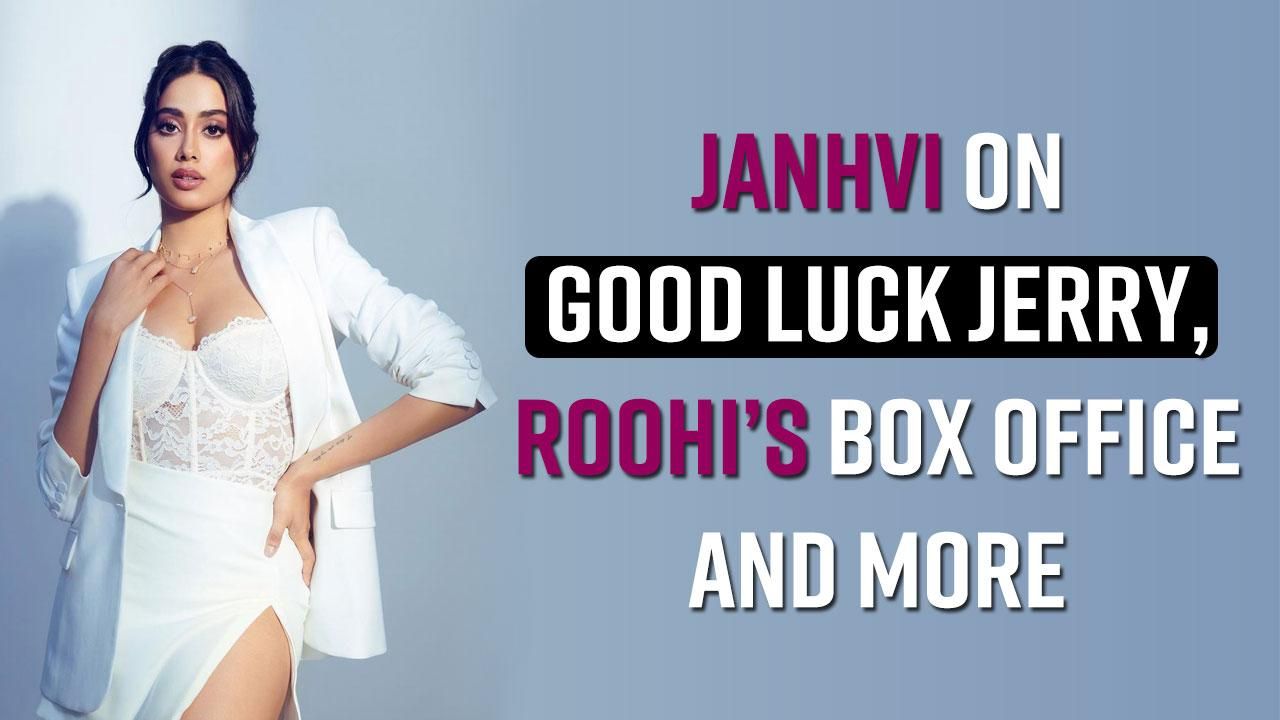 Janhvi Kapoor Exclusive Interview: Janhvi Kapoor, who is receiving accolades for her performance in the OTT release dark dramedy Good Luck Jerry feels herself to be fortunate. Janhvi, in an exclusive chat with the entire Zee Media group opened up on playing titular role, being a bankable star, Roohi‘s box office collection, her upcoming films and more. She also shared her experience while learning to play cricket for Mr And Mrs Mahi. Janhvi, who made her debut with Shashank Khaitan’s Dhadak in 2018, spoke at length about her character in Good Luck Jerry and who plays Tom in the film. While Dhadak was a remake of the Marathi film Sairat, Good Luck Jerry happens to be a remake of the Tamil film Kolamaavu Kokila starring Nayanthara in lead role.Also Read – Ranveer Singh Nude Photoshoot: Janhvi Kapoor Breaks Silence, Says, ‘I Think It’s Artistic Freedom…’

Janhvi when asked about playing back-to-back titular characters in Gunjan Saxena: The Kargil Girl, Roohi, Good Luck Jerry, Mili and Mr And Mrs Mahi, said, “I feel blessed honestly. More than the fact that whether it’s a titular role or not, I think I have been very fortunate with interesting and diverse characters. On being quizzed on the moderate success of Roohi at the box office despite the Covid second wave, Janhvi stated, “We released the film at a time when the pandemic was at its peak and theatres were operating in a limited capacity. Relatively our numbers were average, on paper nobody incurred a loss. But we would have anticipated a better number. But now when you look back and retrospect, there are so many films that aren’t even touching that number. So, it makes me guess some people did like it enough for sure.” Also Read – Good Luck Jerry Review: Janhvi Kapoor Starrer Lacks Quite A Bit of Impetus

On being asked if she thinks herself to be a bankable star, Janhvi told, “I don’t think it’s for me to say. Other people should tell if I am or not.” Janhvi also revealed about her cricket training for Mr And Mrs Mahi and mentioned, “I injured myself twice. That has delayed everything a little bit. But I have realized what an insane skill it is to know how to bat. It’s actually quite complicated but I’m enjoying it so much. I feel so cool and powerful in it.” Also Read – Janhvi Kapoor Mimics Tejasswi Prakash’s Dialogues From Naagin 6 While Satisfying Her Midnight Craving- Watch Hilarious Video

Watch out for the second part of the interview where Janhvi opens up on social media trolls, fashion, fitness and more.

For more updates on Janhvi Kapoor and Good Luck Jerry, check out this space at India.com.