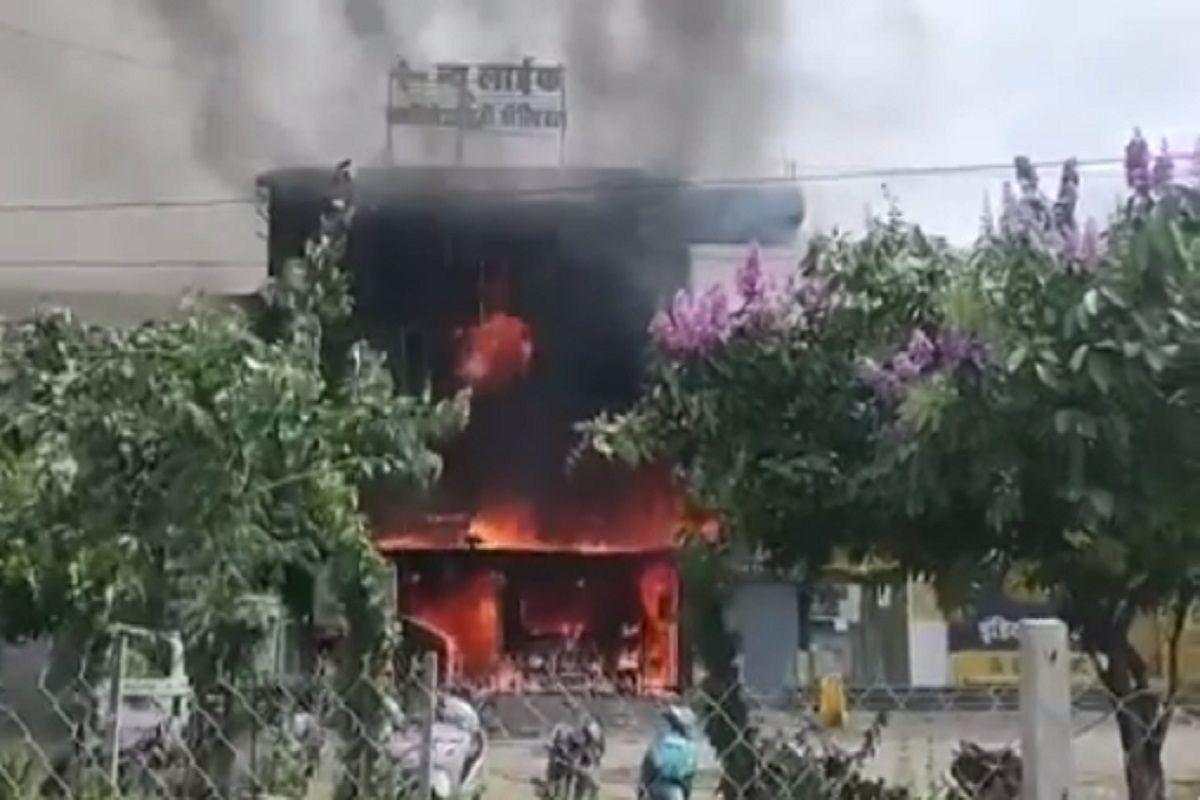 Bhopal/Madhya Pradesh: At least eight people were killed after a massive fire broke out in a private hospital in Jabalpur district of Madhya Pradesh on Monday.  Reports said that the fire broke out at the intensive care unit (ICU) of  New Life hospital located in Damoh Naka Shivnagar. Confirming the incident, Jabalpur SP Siddharth Bahuguna said, “8 people died on the spot due to severe burns. Several other patients have received serious burn injuries and their condition is said to be critical. Deceased are yet to be identified”. Also Read – Bhopal Hospital Fire: ‘Staff Fled Instead of Saving Our Babies’, Parents Blame Employees For Negligence After 4 Infants Die