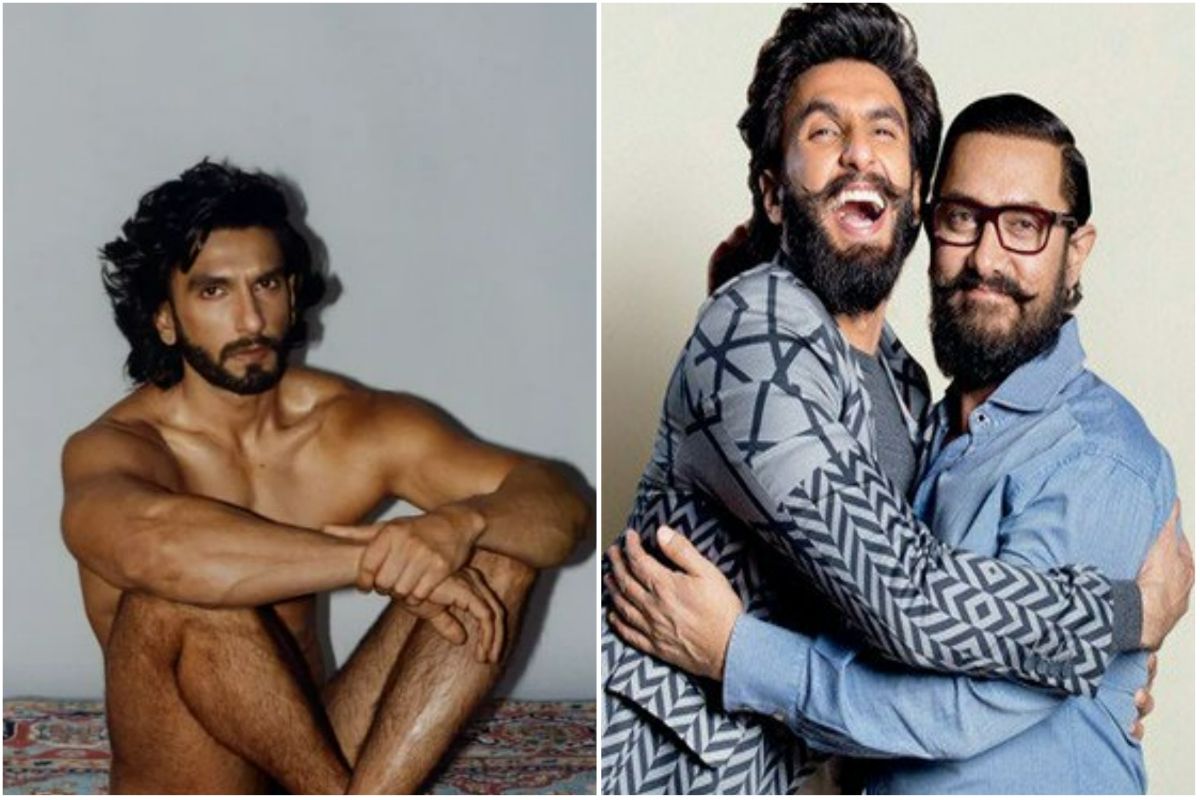 The fifth episode of ‘Koffee with Karan 7’ is finally out and needless to say, it was a blast. The lead star cast of the upcoming film ‘Laal Singh Chadha’, Aamir Khan and Kareena Kapoor Khan graced the couch in this episode and had a fun chat with the host Karan Johar. During the quirky rapid-fire round, the ‘Dhoom: 3’ actor reacted to Ranveer Singh’s nude photos.Also Read – Rocky Aur Rani Ki Prem Kahani’s Wrap-Up Party: Ranveer Singh, KJo And Others Enjoy, Alia Bhatt Joins Virtually – Watch Video

Karan, in the rapid-fire round, questioned Kareena, about which Instagram account will she visit for ‘thirsty photos.’ In reply to the answer, the ‘Heroine’ actor took Ranveer’s name. To which the ‘Kuch Kuch Hota Hai’ director reacted and stated, “Oh well yeah..he’s been showing a lot.”
Karan questioned Aamir, “Have you seen Ranveer Singh’s nude images and do you like his thirsty photos?”

To which the ‘Dangal’ actor replied, “He’s got a great physique. I thought it was quite bold of him.”
With Aamir’s wittiness and Kareena’s charm, the episode was fun banter.

The fifth episode of Karan’s chat show ended on a very happy note, with the ‘Sarfarosh’ actor winning the rapid-fire round with 73% votes of the live audience and with Kareena winning the quick buzzer round with a majority of 15 points in her kitty.

Meanwhile, talking about the work front, Aamir and Kareena are currently quite busy promoting their upcoming family entertainer film ‘Laal Singh Chadha’ which is all set to hit the theatres on August 11, 2022. The film is going to face a big Bollywood clash with Akshay Kumar’s next film ‘Raksha Bandhan.’

Kareena, on the other hand, will be marking her digital debut with Sujoy Ghosh’s upcoming mystery thriller film which also casts Jaydeep Ahlawat and Vijay Varma. The film is based on a 2005 bestselling Japanese novel ‘The Devotion of Suspect X’ and will premiere exclusively on Netflix.
The official announcement of Aamir’s next film is still awaited.