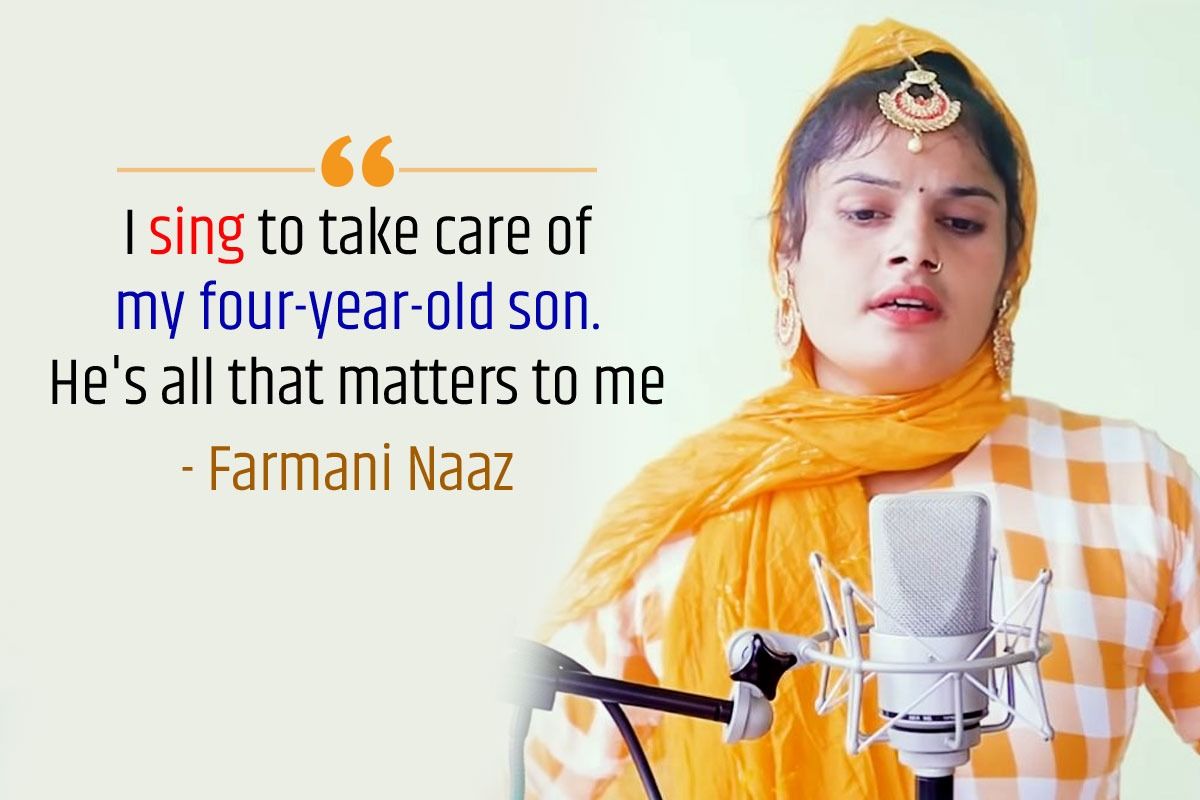 Farmani Naaz’s song about Lord Shiva creates controversy: Indian Idol singer Farmani Naaz who recently received flak from a few Muslim clerics for singing a Hindu devotional song has now responded to the entire outrage. In her statement, she reminded all of the great Indian playback singer Mohammed Rafi who sang many Hindu devotional songs in his career spanning over 40 years. She added that she is a singer by profession and had to take care of her son who recently underwent surgery. Naaz recently shared her rendition of a Shiva bhajan that got viral on social media and was used extensively during the Kanwar Yatra earlier this month. The song ‘Har Har Shambhu’ has garnered over nine lakh views so far but a section of the Muslim community, named Deoband Ulemas, feels that she should now ‘seek forgiveness from God’ for her video.Also Read – Pawandeep Rajan, Arunita Kanjilal to Mohd. Danish, This is How Much These Indian Idol Stars are Earning for Superstar Singer 2 | Watch Video

The outrage, however, hasn’t shaken Naaz’s spirits. In her latest statement in the media and below her YouTube video, the singer wrote that she will do what she’s good at because that helps her get money to support her son’s medical treatment. Also Read – Indian Idol Fame Sayli Kamble’s Pre-Wedding Functions Start With Mehendi, See Pictures

Who is Farmani Naaz, the singer of the YouTube video ‘Har Har Shambhu?’

Farmani, a 30-year-old woman from Uttar Pradesh’s Muzaffarnagar area had auditioned for Indian Idol 12. Despite getting the golden ticket to proceed ahead in the show, she chose to back out owing to the deteriorating health condition of her son who had to immediately undergo surgery. She also had trouble in her marriage after which she decided to support her kid as a single mother. Also Read – Pawandeep Rajan-Arunita Kanjilal Walk Hand-in-Hand, Enjoy London Weather Together – Viral Video

What is the whole issue about and what the Deoband Ulemas of the Muslim community are saying against Harmani Naaz’s song Har Har Shambhu?

As the outrage increased over her song ‘Har Har Shambhu,’ several Muslim clerics took to social media to object to her singing something in the praise of Lord Shiva. “Our religion does not allow us to sing bhajans of other religions. This is against sharia as well as the basic tenets of Islam. But we live in a democracy. Everyone has the right to do the work they like,” said Deoband-based maulana Ishaq Gora.

Another ulema, Mufti Asad Qasmi said Farmani is a practising Muslim and therefore, she shouldn’t be singing bhajans. “You can’t just sing any kind of song if you follow Islam. Despite being a Muslim, Naz is singing bhajans. She should ask for forgiveness from god,” he said.

All the hullabaloo didn’t let Farmani Naaz deviate from her stance on the issue though. In a statement, she said, “I sing to take care of my four-year-old son, who has an ailment pertaining to his throat. I even had to leave Indian Idol in 2021 despite getting a ‘golden ticket’ because my child had to undergo an operation. He’s all that matters to me. I was married off to a man in Meerut in 2017 but domestic strife led to our separation.”

In another statement, she referred to Rafi who would sing all kinds of songs. “Music has no religion. Great singers like Mohammed Rafi have also sung bhajans. It’s my request to everyone to not associate music with any particular religion,” she wrote in the comments section of her YouTube video.

A lot of people, including Islamic followers, have come out in the support of Farmani Naaz. Many of them are of the opinion that the biggest thing any religion teaches is kindness and care for loved ones and the singer is doing exactly the same. Your thoughts on the entire outrage?