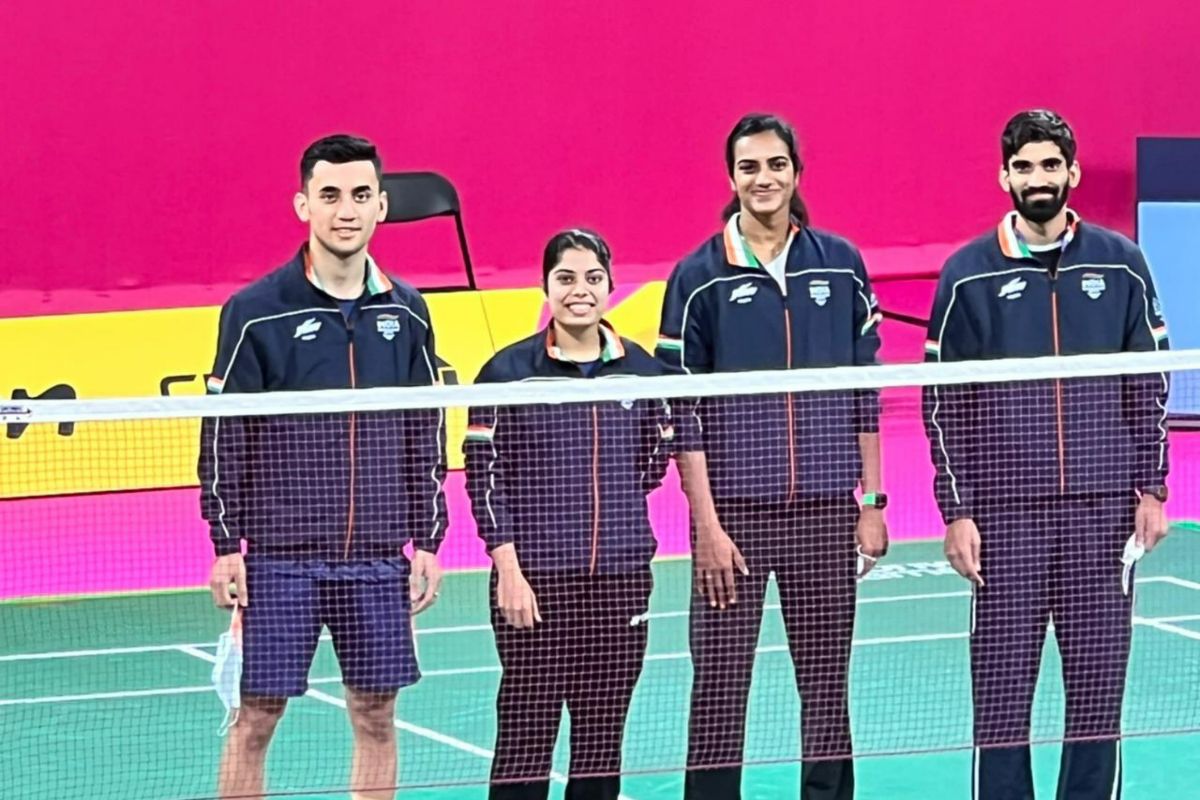 Birmingham: Indian shuttlers dished out another splendid show to take an unassailable 3-0 lead over a hapless Sri Lanka in their second group A match of the mixed team competition at the 22nd Commonwealth Games here on Saturday.Also Read – AS IT HAPPENED | India at Birmingham, Day 2: Mirabai Chanu’s GOLD Headlines Super Saturday

A day after blanking Pakistan 5-0, India notched up another convincing win to go to the top of group A and qualify for the quarterfinals with still one match to go in the league stage. Also Read – Mirabai Chanu Wins Gold in 49-Kg Weightlifting At CWG 2022; Heart-warming Gesture For Coach, Family is Epic

Ashwini Ponnappa and Satwiksairaj Rankireddy were back together for the mixed doubles match and the duo looked a little rusty initially before getting past Sachin Dias and Thilini Hendahewa 21-14 21-9 to put India 1-0 ahead. Also Read – LIVE India vs Australia Badminton Mixed Team Event, CWG 2022: PV Sindhu Wins; India Lead 2-0

World Championships bronze medallist Lakshya Sen, who is playing his first match after recovering from a shoulder injury, prevailed 21-18 21-5 over veteran Niluka Karunatne, who has competed at the Olympics in 2012, 2016 and 2020.

Akarshi Kashyap, who had made it to the team after topping the selection trials in April, went past Suhasni Vidanage 21-3 21-9 to hand India a 3-0 lead.

India expectedly were by far the better team on display as they completed dominated the proceedings at at Arena Birmingham.

The Indian team will face Australia in the final league group match later in the day.