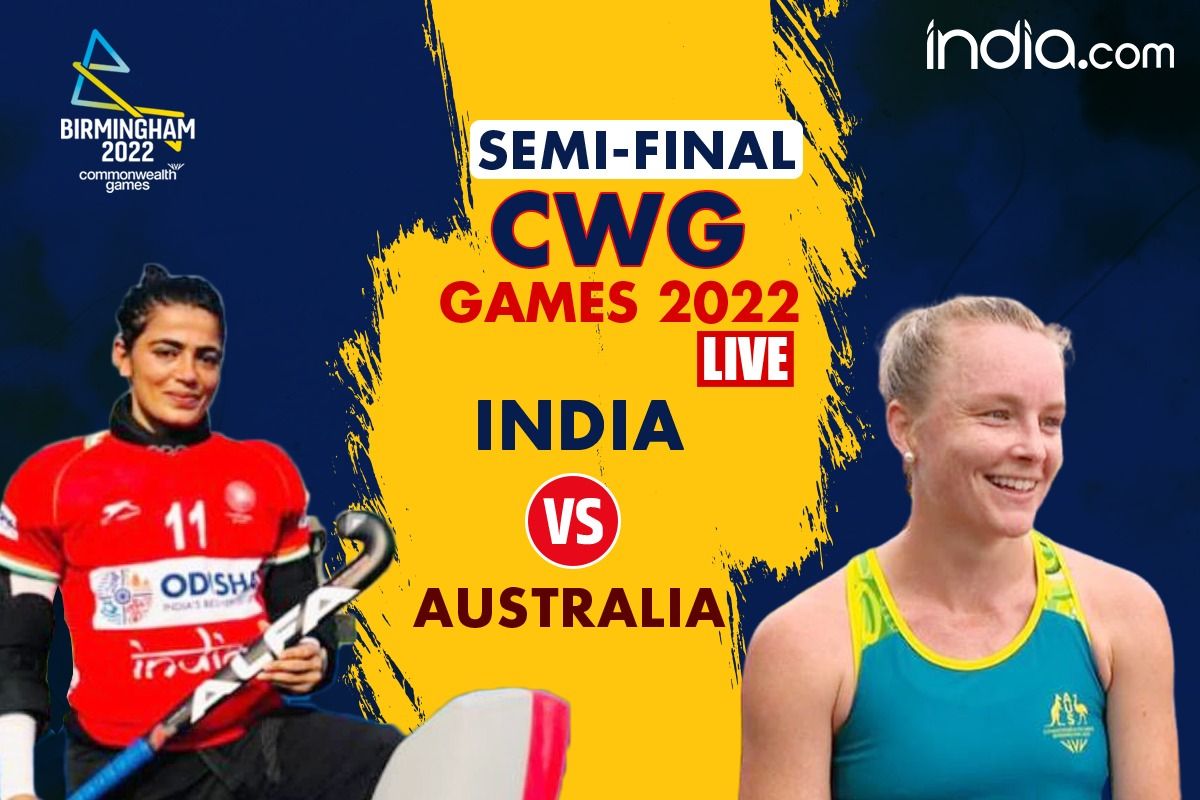 LIVE India vs Australia Women’s Hockey, Semi-final, Commonwealth Games 2022: The Indian women’s hockey team played a high octane match and booked a place in the semifinal at the Birmingham 2022 Commonwealth Games after defeating Canada 3-2 on Wednesday. The challenge is much bigger now as India will battle it out against Australia for a place in the final. Salima Tete (3′), Navneet Kaur (22′) and Lalremsiami (51′) found the back of the net for India and will look .to replicate their peformance in the semi-final. The Indian team got off to an aggressive start and earned a Penalty Corner in the third minute of the match. Navneet Kaur produced a fantastic ball from the left flank and Salima Tete tapped the ball into the goal to help India take a 1-0 lead in the match. Vandana Katariya made a great run through the left flank, but she couldn’t find a way to extend India’s lead.Also Read – LIVE CWG 2022, Day 8 India at Birmingham: Bajrang Punia, Sakshi Malik, Deepak Punia Fetch Gold; IND Overtakes SCO In Medal Tally

The Indian Women’s Hockey Team continued to put pressure on their opponents and went into the first break with the lead in their hands. Also Read – CWG 2022: Wrestler Deepak Punia Wins GOLD By Defeating Pak Rival In Men’s 86Kg Final

India rode on the momentum and held most of the ball possession at the start of the second half. In the 22nd minute, Lalremsiami carried out a spectacular pass from the right flank to Navneet, who struck the ball into the goal to help India extend their lead at 2-0. Also Read – CWG 2022: Sakshi Malik Grabs Gold in Women’s Freestyle 62 Kg Wrestling, Beats Ana Gonzalez of Canada

However, soon after, Brienne Stairs converted a Penalty Corner in the 23rd minute and kept Canada in the game.