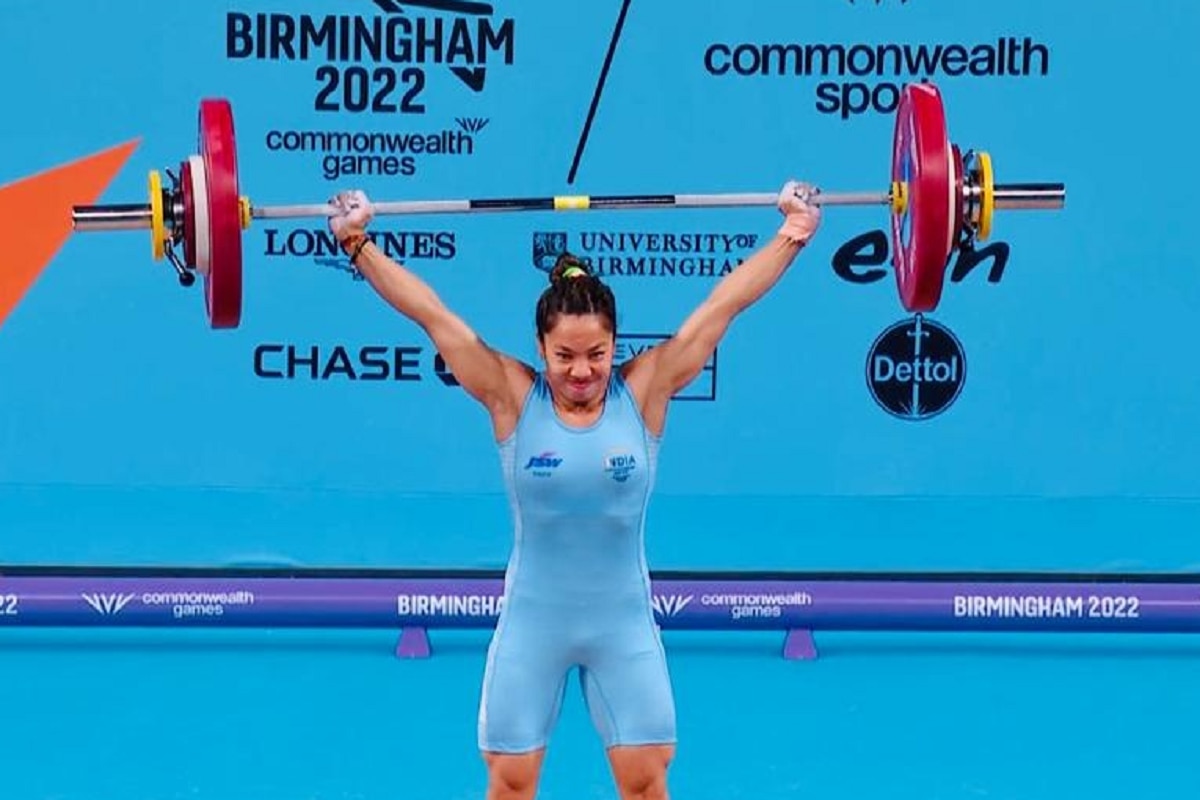 Birmingham: Weightlifter Saikhom Mirabai Chanu on Saturday created history and also broke her personal record as she clinched India’s first gold medal at the Commonwealth Games 2022 (CWG). Significantly, Chanu was above everyone else in the competition as she lifted her weights quite comfortably in the women’s 49 kg weightlifting event in Birmingham.Also Read – LIVE India vs Australia Badminton Mixed Team Event, CWG 2022: Kidambi Srikkanth Lead 1-0 Against Yang Xiang Lin

“Commonwealth is the first game I am playing after Tokyo Olympics. I won a gold for the country, I am elated. I’d never done 88kg and I did it this time, even touched upon 90kg. I am happy about it,” Weightlifter Mirabai Chanu said after winning gold in CWG 2022. Also Read – LIVE India vs Wales Hockey, CWG 2022, Score and Updates: Intense Gameplay In 1st Quarter, IND 0-0 WAL

President Droupadi Murmu on Twitter congratulated Mirabai Chanu for her success and said, “Mirabai Chanu scripts history by winning weightlifting gold medal, setting a new record in #CommonwealthGames. Her first gold medal for India in the ongoing Games has created a wave of joy & celebration across the country. Well done, Mirabai! India is proud of you & your medals.”

PM Modi took to Twitter to congratulate Mirabai Chanu and said, “The exceptional @mirabai_chanu makes India proud once again! Every Indian is delighted that she’s won a Gold and set a new Commonwealth record at the Birmingham Games. Her success inspires several Indians, especially budding athletes.”

The exceptional @mirabai_chanu makes India proud once again! Every Indian is delighted that she’s won a Gold and set a new Commonwealth record at the Birmingham Games. Her success inspires several Indians, especially budding athletes. pic.twitter.com/e1vtmKnD65

Congratulating Chanu, BJP chief Jagat Prakash Nadda said on Twitter, “Impeccable display of strength & mental fortitude by the exceptional #MirabaiChanu to win India’s first gold at the CWG ‘22. You have made India proud and have given us all a reason to rejoice and celebrate.”

Union Minister Anurag Thakur congratulated Mirabai Chanu and said, “Much awaited Gold by @mirabai_chanu. Creating a new Games Record in Women’s 49kg Snatch, Clean and Jerk and total lift. You have put India on the top yet again with your amazing performance in #CWG2022.”

Captain Amarinder Singh congratulated Mirabai Chanu and said, “Mirabai shines bright! Congratulations to #MirabaiChanu for clinching the first gold medal for India at #CWG2022 by finishing first in the women’s 49kg weightlifting final. You are a true inspiration and the whole country is proud of you.”

On the other hand, Virender Sehwag said, “What a wonderful performance by #MirabaiChanu to give India its first gold at the CWG games. Proud of you.”

Mirabai Chanu in her first attempt at the Snatch category made a great start and successfully lifted 84kg. She also successfully lifted the required 88kg in her second and performed her personal best at the level of representing India. However, in the final attempt of the Snatch category, the Tokyo Olympics silver medalist failed to lift 90kg with exhibiting stunning power.

“I know what the fans want. I will try my best to do well in the CWG. After Tokyo, I have been focusing mainly on my technique and right now I can only assure you that everything is fine with my training and technique. I have done a lot of work on that,” Chanu had said before the CWG games.

Mirabai created a new Commonwealth Games record by lifting 88kg in her second attempt in the snatch round. She leads the race with a 12-kg gap with second-placed Marie Hanitra Roilya Ranaivosoa.