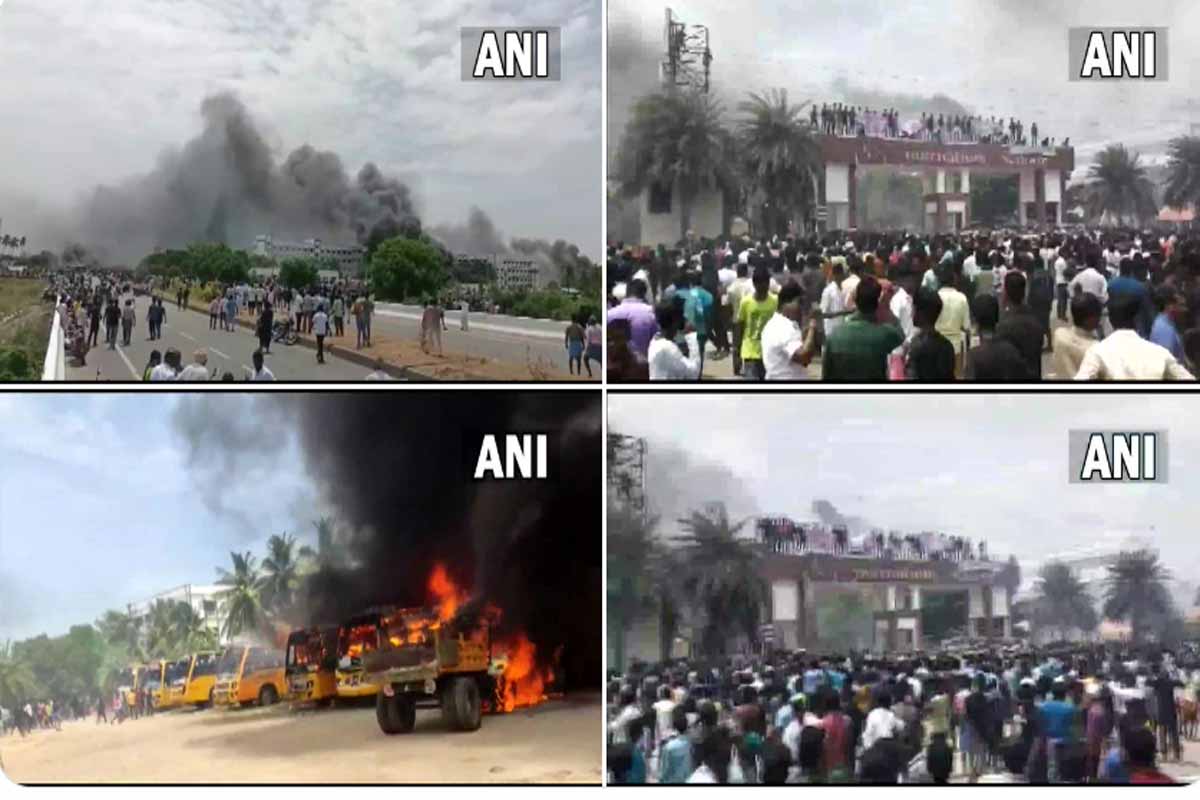 Chennai: Tamil Nadu minister EV Velu said on Monday that over 108 persons got injured in the Kallakurichi violence. The incident occured in Kallakurichi district in northern Tamil Nadu on Sunday after protests demanding justice for the alleged suicide of a 16-year-old student turned violent, with agitators going on a rampage on campus by torching vehicles and vandalising classrooms. The Madras Hight Court ordered a probe into the death of the class 12 student on Monday, based on a plea filed by her father.Also Read – Tamil Nadu: Man Kills Newly-Wed Daughter, Husband in Thoothukudi; Surrenders

The minister said on Monday, “A total of 67 vehicles including 37 school buses, cars and tractors were set on fire by protesters. 48 two-wheelers including police vehicles were brunt. If the intention was to demand justice, why set things ablaze? While investigation & legal procedures in the case were ongoing, rumors attracted people from various districts who acted violently. Protests are respectable but only when they are peaceful.” Also Read – Tamil Nadu: 17-Year-Old Girl Jumps From Second Floor of School in Salem

The minister also informed that the CM has called officials to make a team & probe the violence as per High Court’s orders, adding that a few petitions have also been received from parents requesting to open the school soon, reported ANI. Also Read – Violence in Tamil Nadu’s Kallakurichi: 3 Arrested Over Death of School Girl, Security Tightened

“Only after completing the investigation can we say who or which organization is the reason for this violence. So far, 278 people arrested. Around 22 are minors. We won’t indulge in any politics on this. We will arrest all accused,” said the minister.

On the other hand, the opposition leader E. Palaniswami from AIADMK said that, “It is due to the lethargic response of the government, that violence broke out in the aftermath of the suicide. The unrest could have been averted if some timely measures had been taken. It also exposes the shortcomings of the intelligence department. The ruling state government should be ashamed of the incident.”

The police produced a total of 120 accused in relation to the violence, ANI reported.