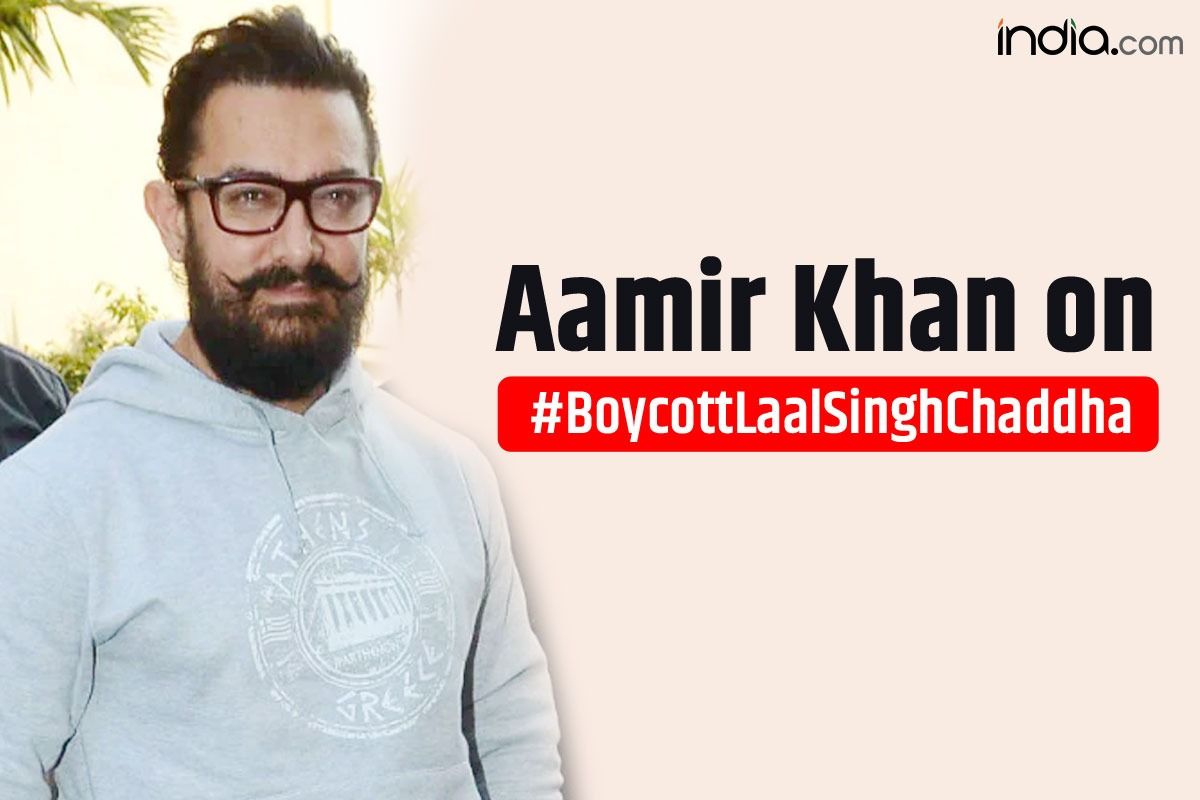 Aamir Khan on boycott Laal Singh Chaddha trend: Aamir Khan’s Laal Singh Chaddha is all set to hit the screens this month amid the trending hashtags #BoycottLaalSinghChaddha on Twitter. A section of the audience dug Aamir’s old statement on ‘intolerance’ and started the trend against the film. The actor finally addressed the negative campaigning against his film and expressed his disappointment.Also Read – Naga Chaitanya Breaks Silence on Being Upset With Aamir Khan Over Laal Singh Chaddha | Exclusive

Aamir, who is coming back on screen after four years, spoke at a press event and mentioned that he has seen all the trends asking for the boycott of his film. He said what hurts him more is to see that a section of people really believe that he doesn’t love his country. As mentioned in a report published by India Today, the actor said, “Yes, I feel sad. Also, I feel sad that some of the people who are saying this, in their hearts, believe that I am someone who doesn’t like India. In their hearts, they believe, but it is untrue. It is rather unfortunate that some people feel that way. That’s not the case. Please don’t boycott my film. Please watch my film.” Also Read – Naga Chaitanya Speaks About Appearing on Koffee With Karan Days After Samantha Ruth Prabhu’s Episode | Exclusive

A section of the social media users is upset with Aamir for his performance in PK, a film that questioned the age-old methods of worshipping Hindu Gods including pouring milk on Shivlinga or spending tons of money on making extravagant temples among other things. People have also dug out the actor’s old interview in which his statement about increasing intolerance in India was blown out of proportion. Also Read – Aamir Khan Smokes A Pipe In LEAKED PICS From The Sets Of ‘Koffee with Karan 7’ With Kareena Kapoor Khan

In 2015 during an interview with The Indian Express, Aamir said, “Our country is very tolerant, but there are people who spread ill-will”. His ex-wife Kiran Rao, who was also present during the interview, added that she considered leaving the country for the safety of their children.

Another reason that triggered many social media users to call out Laal Singh Chaddha is Kareena’s statement on ‘nepotism.’ The actress plays the lead role opposite Aamir in the film. During a zoom interview with Barkha Dutt a year back, the popular Bollywood actress asked people to not watch their films or make them a star if ‘nepotism’ hurts them so much.

She said, “The audience has made us, nobody else has made us. The same people pointing fingers, they are only making these nepotistic stars. Aap jaa re ho na film dekhne? Mat jao (You are going to watch the films, right? Don’t go). Nobody has forced you. So I don’t understand it. I find this whole discussion is completely weird.”

Meanwhile, Naga Chaitanya, who plays an important role alongside Aamir in Laal Singh Chaddha, also spoke about the rumours that suggest he’s not happy with how the film has shaped up. Speaking to india.com in an exclusive interview, Chaitanya Akkineni laughed off the reports and said, ” Absolute rumours, absolute rubbish… I love the film. I love the way it shaped up. I have watched it a number of times and it has made me feel so much (happy) everytime I watched it.”