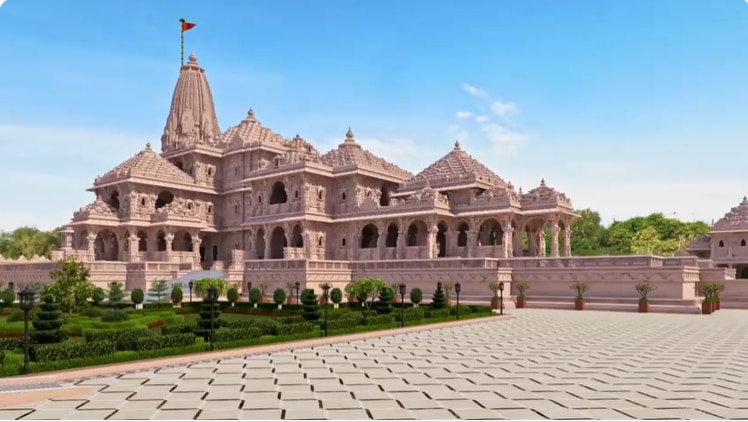 New Delhi: It has been two years since Prime Minister Narendra Modi performed the Bhoomi Pujan of Ram Lalla Temple in Ayodhya on 5th August, 2020. A team from news agency IANS recently visited Ayodhya to take stock of the ongoing construction work. The IANS team spoke to Champat Rai, general secretary of Shri Ram Janmabhoomi Teerth Kshetra Trust, on a range of issues, from the construction work of the grand temple to the development of the new Ayodhya.Also Read – Get Ready To Explore Twin Cities Of Mathura-Vrindavan Sailing On A Cruise Soon!

Here are the excerpts from the interview:

Construction work to be completed by December 2023

The work of building the retaining wall is going on in the western part of the temple, which has the Saryu River on its western front. Keeping all the geographical conditions in mind, the retaining wall is being constructed. The wall is deep enough so that it could stand against heavy rain and soil erosion. And if ever river Saryu changes its direction, the temple should not be harmed by it. Also Read – Terrorist Linked to Jaish-e-Mohammed, Tasked to Kill Nupur Sharma, Arrested: UP Police

Construction of Mandapa to start next month

The city of Ayodhya is situated on the banks of river Saryu. Whoever comes here does not go back without taking a dip of faith in Saryu. Keeping this in mind, the administration has started work for the restoration and reconstruction of the ghats on the Saryu river, and the work of fully developing a new ghat has been completed. Earlier, people who came here used to struggle a lot to change clothes after bathing, but now, a changing room has been built for the women. At the same time, special care is taken for the cleanliness of these ghats.

(Based on IANS inputs)