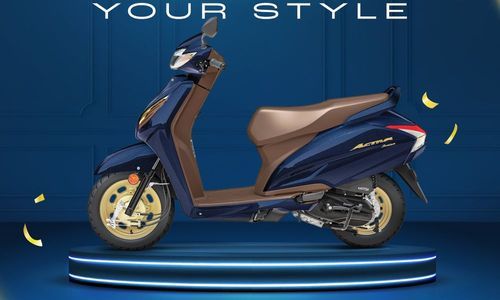 Honda Activa Premium Edition: Honda Motorcycle and Scooters India have officially revealed the new Activa Premium Edition on its websites and social media channels. The company also recently released teaser images of the same showcasing the model’s distinct golden inserts. Built based on the existing Activa 6G, the new Premium edition gets subtle changes on the outside. However, not much information is available about the upcoming Active G Premium editions as of yet.Also Read – MG Motor Teases Design of Next-generation MG Hector | Watch Video

Introducing the new Activa Premium Edition with a glamorous look that will turn heads, wherever you go. pic.twitter.com/jrQAH0jmMC

Also Read – 2023 Honda CR-V: 5 Main Features, Will Give Competition To These Powerful Cars

Honda has not yet revealed prices for the new Activa Premium Edition. The Prices for the Activa range are between Rs 72,400 – Rs 74,400, and the price for the Activa 6G Premium edition is expected to start from Rs 78,000. Also Read – Electric Vehicles – What Does an Electric Future Look Like?

The new Honda Activa 7G is expected to hit the showrooms in late 2022 around the festive season. Once launched in India, the scooter will take on the rivals like the TVS Jupiter, Hero Pleasure+, and Hero Maestro Edge 110.

Since its launch more than 2 decades back, the Activa, the country’s largest selling scooter, has come a long way. From being criticised time and again for not going as per the trend, the Activa is, now, 1 of the most advanced and feature loaded scooters out there.