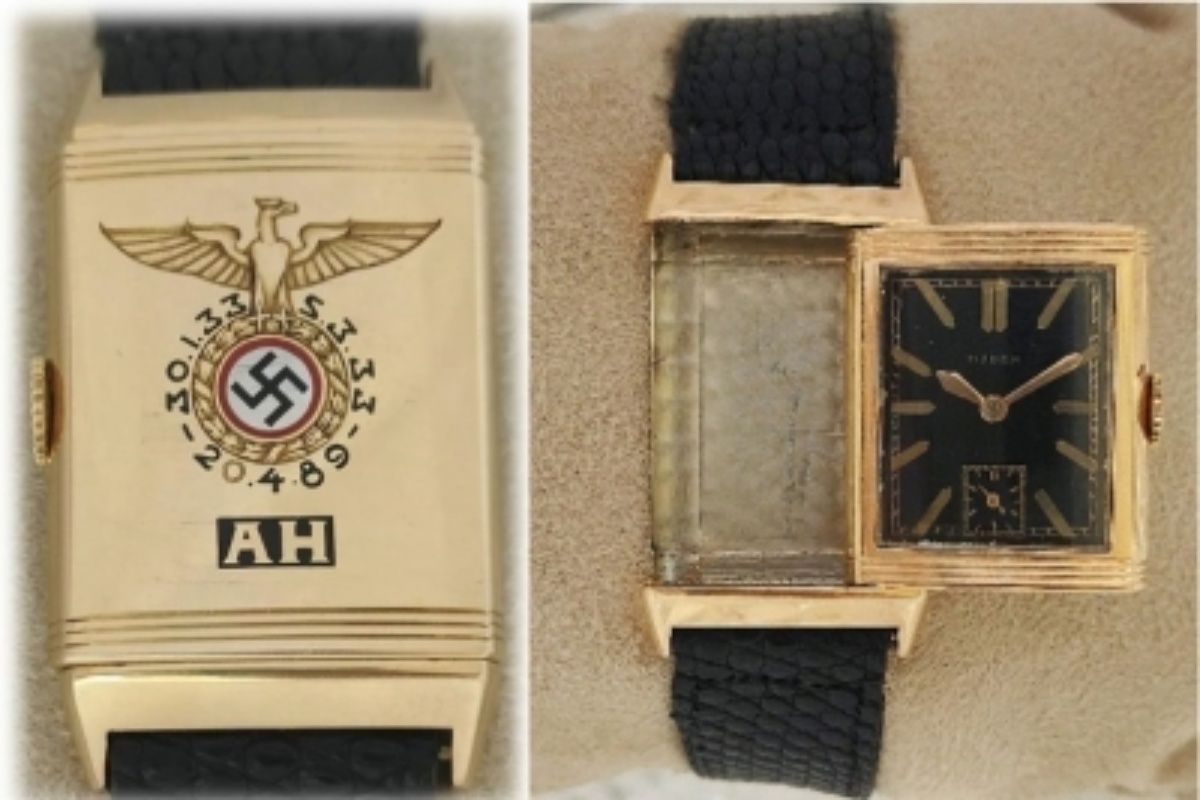 New Delhi: Preserving history has never come easy. Being a custodian of the past bears its own cost. Speaking of history, in a recent development, a watch that is said to have belonged to the Nazi dictator, Adolf Hitler, was sold to an anonymous buyer for $1.1 million (around Rs 8.7 crores) at Alexander Historical Auctions in Maryland. This auction has drawn lot of attention and mostly is being viewed with scrutiny. According to a report published by news agency, IANS, the watch was sold in the US despite apprehension by members of the Jewish community. The timepiece was made by German watch firm Huber, which has a swastika and the initials AH engraved on it.Also Read – 5G Spectrum Auction Day 4: Rs 1.49 Lakh Crore Worth Bids Received So Far As Telcos Up Game In UP

According to the auction house, the watch was likely presented to Hitler on his 44th birthday, April 20, 1993 just around the time when he became the Chancellor of Germany.

The auction house deals with historic autographs, documents, and photographs, militaria from all conflicts, and important relics.

Hitler’s Watch- What do we know

Why is the auction drawing flak?

The brutal Nazi history still has spine-chilling impressions imbued in the Jewish community and across the world as well. Nothing related to the Nazi dictator would settle well easily. Similarly, the auction of this watch drew apprehension from the Jewish community.

An open letter was signed by 34 Jewish leaders that described the sale as “abhorrent” and called on the Nazi items to be pulled from the auction, which also included a dress that belonged to Hitler’s wife Eva Braun, autographed pictures of Nazi officials and a yellow cloth Star of David imprinted with the word “Jude”, which is German for Jew.

Rabbi Menachem Margolin, chairman of the European Jewish Association said the transaction gave “succour to those who idealise what the Nazi party stood for”.

Speaking to German media before the sale, Alexander Historical Auctions’ Senior Vice President Mindy Greenstein said that its aim was to preserve history, and that most sold items are kept in private collections or donated to Holocaust museums.

“Whether good or bad history, it must be preserved,” the BBC quoted her as saying to Deutsche Welle. “If you destroy history, there is no proof that it happened”.