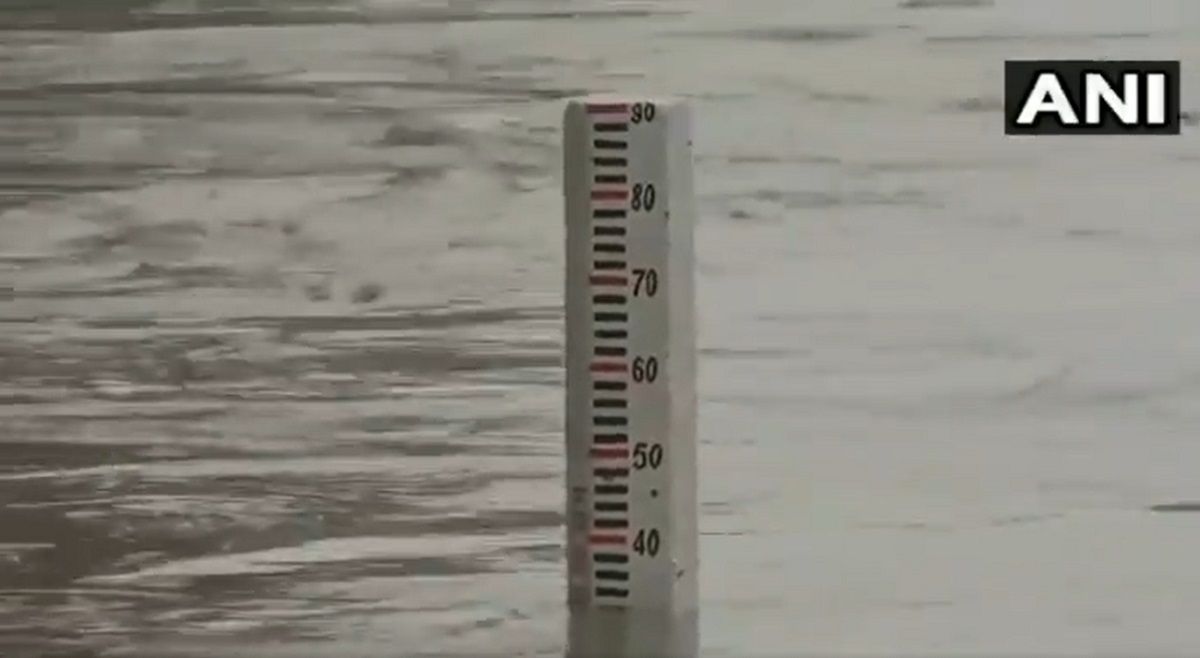 New Delhi: The Yamuna is flowing precariously close to the warning level of 204.5 metres in Delhi after heavy rain in upper catchment areas and is likely to cross the danger level of 205.33 metres on Saturday morning, authorities said. A flood alert is declared when the Yamuna crosses the warning level, and people living near the floodplains and in flood-prone areas are evacuated.Also Read – Breaking News Highlights: 4 Soldiers Killed In ‘Fidayeen’ Attack On Army Camp In J&K’s Rajouri; 2 Terrorists Dead

The administration and the irrigation and flood control department have deployed 34 boats and mobile pumps in anticipation of flooding in low-lying areas. According to the India Meteorological Department (IMD), heavy to very heavy rainfall occurred at a few places in Uttarakhand and Himachal Pradesh on Wednesday. Also Read – Delhi: Woman Sedated, Gang-raped at Spa in Pitampura; 4 Arrested

The administration is keeping a close watch on the situation as more rains are expected in the region. The Delhi flood control room said the water level stood at 203.86 metres at the Old Railway Bridge at 8 am. It was 204.29 metres at 8 am on Thursday. Also Read – Heavy Rains Lash Delhi, Traffic Snarls And Waterlogging Reported In Several Areas; Travel Advisory Issued

“The Yamuna is expected to swell further and the water level is likely to cross the danger mark by Saturday morning,” an official said. The flood control room reported a discharge rate of around 2.21 lakh cusecs from the Hathnikund Barrage in Haryana’s Yamunanagar district at 3 pm on Thursday and 1.55 lakh cusecs at 12 midnight.

Normally, the flow rate at the Hathnikund barrage is 352 cusec, but the discharge is increased after heavy rainfall in catchment areas. The water discharged from the barrage normally takes two-three days to reach the capital.

One cusec is equivalent to 28.32 litres per second.