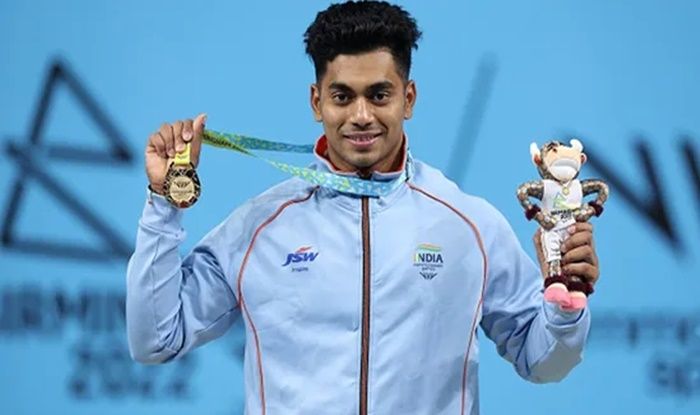 New Delhi: Who would have thought nine years ago – when he lost his father and dropped out of school to help his mother with embroidery work to keep the pot boiling – that he would go on to win a Commonwealth Games gold someday. Achinta Sheuli, now 20, did it and how!Also Read – Australia Skipper Meg Lanning To Take Period Of Indefinite Leave From Cricket

Achinta won India its third gold at Birmingham 2022 when he came up on top in his 73-kg category in weightlifting. “Life has turned around for me since,” claimed Achinta, who was on his way to Delhi to meet Prime Minister Narendra Modi. Also Read – ‘Next Generation of Talent:’ Anand Mahindra Impressed By Tamil Nadu Boy’s Acrobatic Stunts, Shares Video | Watch

India.com recently spoke with Achinta in a telephonic conversation where he revealed his idol, the role of his brother in his growth and his Paris dream. Also Read – VIDEO: Anjum Chopra on Harmanpreet Kaur-Led India Losing CWG 2022 Final vs Australia | EXCLUSIVE

“Mirabai Chanu is my idol. I learn a lot from her which helps me during my competition. She is an icon for the sports and it is a privilege to know her personally,” a humble Achinta said.

The preparation for Paris would begin soon confirmed Achinta.

“I will start my preparations soon. Really looking forward to making it to the Olympics. Would be a proud moment if that happens. Eventually, that is the target, not just for me but for any athlete,” Achinta added.

We also asked him about whom he wants to dedicate his gold to. To which, he said: “I want to dedicate this gold to my elder brother as this was his dream and my coach (Ashtam Das) who has always stood by me through thick and thin.”

With Paris coming up in tentatively two years time, we wish Golden boy from Birmingham the very best!