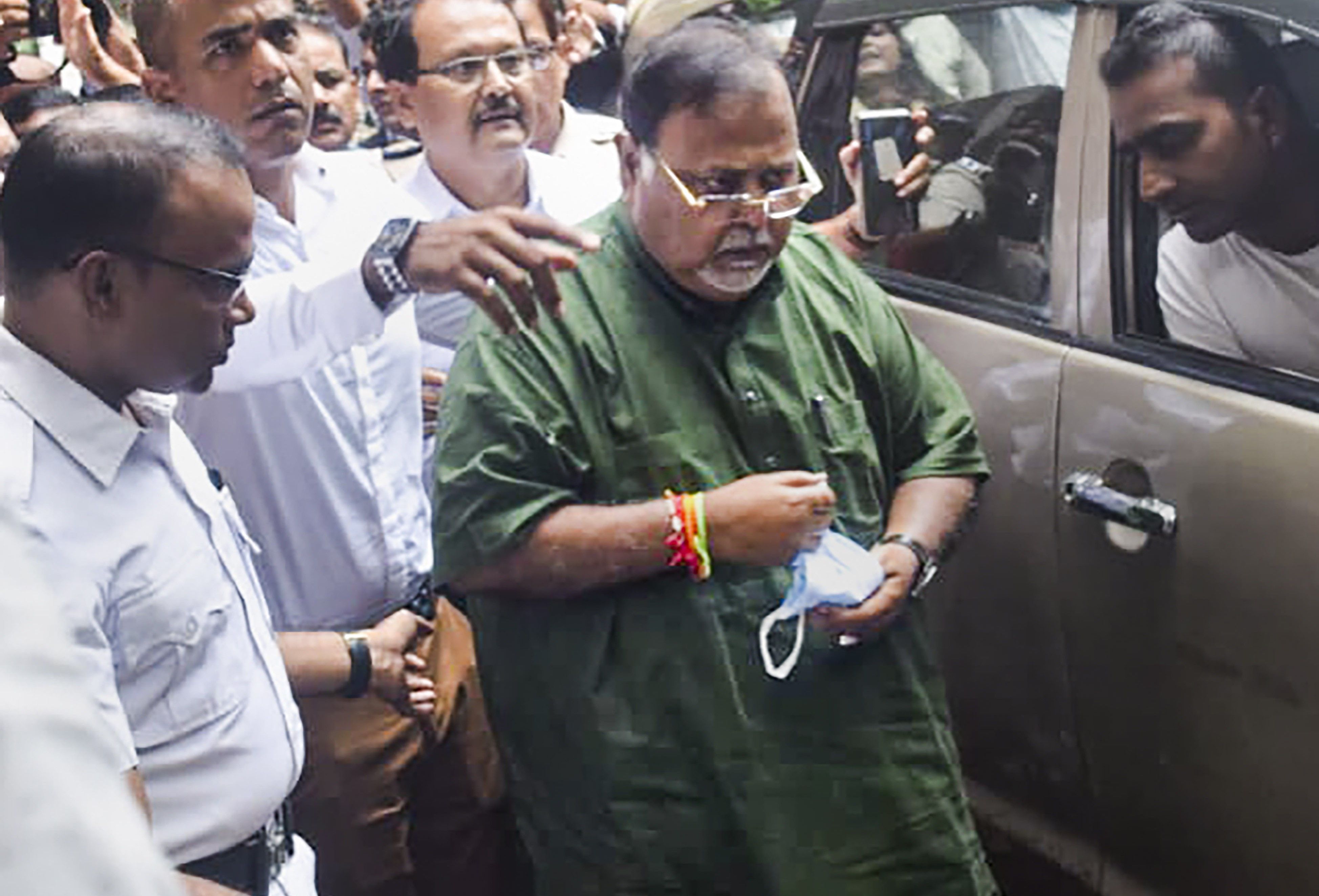 Kolkata: The Enforcement Directorate (ED) sleuths are segregating the huge properties and assets that have direct and indirect links with the former education minister and Trinamool Congress secretary general, Partha Chatterjee. While probing the West Bengal School Service Commission (WBSSC) recruitment multi-crore scam, the ED sleuths have found, much to their surprise, that the minister had an air-conditioned apartment exclusively for his four pet dogs.Also Read – ED Officials Questioning Shiv Sena’s Sanjay Raut at His Mumbai House After He Skips Summons Twice | LIVE

Currently, the ED sleuths are trying to segregate such properties and assets in three categories — properties directly owned by Chatterjee, properties owned by him jointly with his close confidants or aides like Arpita Mukherjee and properties that he gifted to his aides. While doing this segregation, the ED sleuths were quite amazed to come across a luxurious flat owned by Chatterjee, currently the state commerce and industries minister, which is dedicated to house four pet dogs of the minister. Also Read – Huge Cash Recovered From Jharkhand Congress MLA’s Vehicle In Howrah, West Bengal

Incidentally, this pet-dedicated accommodation of the minister, is in the same posh Diamond City Complex at Tollygunge in South Kolkata that houses the residence of his close aide, Arpita Mukherjee, from where the ED recovered huge treasures in forms of Indian and foreign currencies, gold ornaments, sale deeds of multiple flat and other expensive items. Also Read – WBSSC Scam: Partha Chatterjee’s Aide Arpita Mukherjee Makes ‘Big Claim’ About Belgharia Home

2 more flats, one in joint possession with Arpita Mukherjee

“As per our estimates, the pet- dedicated accommodation, which is centrally air conditioned, will fetch an estimated market value of over Rs 1 crore. As per the documents available with us, the accommodation of Arpita Mukherjee in the same complex, where huge cash was recovered, was also gifted to her by Chatterjee. Apart from that there are two other flats in the same complex, one of which is owned directly by the minister and the other jointly with Arpita Mukherjee. It seems that Diamond City complex was the epicenter of the illegal transaction associated with the scam,” confirmed an ED official.

Apart from that, sources said that the agency sleuths have across a number of residences at Bolpur-Santiniketan in Birbhum district, Jangipara in Hooghly district, Domjur in Howrah district and Joka in South 24 Parganas district, which are directly owned by Chatterjee or jointly owned with his close aides or gifted to close aides. “We are having sleepless nights in category-wise segregation of these properties as well as to evaluate its estimated market value,” he said.

Apart from that ED has come across an under-construction international-category school at Pingla under Kharagpur- subdivision in West Midnapore district, which is named after the minister’s deceased wife, Late Babli Chatterjee. As per the documents available with ED, the value of land alone on which the school is being constructed is Rs 45 crore, the payment for which was made at a time when Chatterjee was the state education minister.