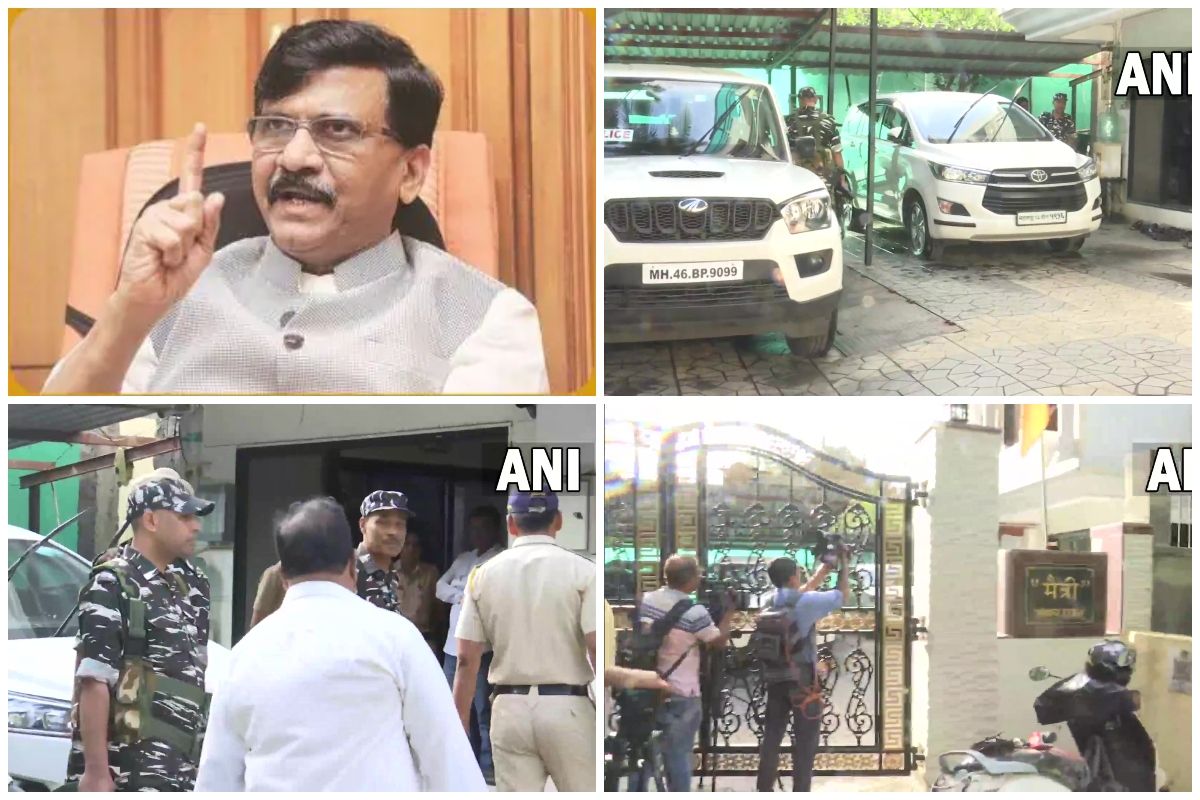 Mumbai: The Enforcement Directorate officials arrived at Shiv Sena leader Sanjay Raut’s residence this morning after he skipped summons twice, and are questioning him in a money laundering case, reported news agency ANI. The ED sleuths reached Raut’s residence around 7 am today to grill him in connection with the Patra Chawl land scam case.Also Read – US President Joe Biden Again Tests COVID Positive, Sent To Isolation

On June 28 this year, Sanjay Raut was summoned by the Enforcement Directorate (ED) in connection with the prevention of the money laundering case pertaining to the Rs 1,034 crore Patra Chawl land scam. Refusing to join the probe and citing the Monsoon Session of Parliament as a reason for not joining the probe, he had then dared the probe agency to arrest him. Later, he reached the ED office. Also Read – 3 Injured In Grenade Blast In Turbat, Balochistan

The ED, which took Pune-based businessman Avinash Bhosale into custody earlier in connection with DHFL-Yes Bank case, wants to grill Raut in this matter too, as per sources. They claimed that Patra Chawl case of ED is also linked to the DHFL case. Also Read – WBSSC Scam: Partha Chatterjee’s Aide Arpita Mukherjee Makes ‘Big Claim’ About Belgharia Home

Here are the LIVE Updates on this big story:

(With inputs from ANI)