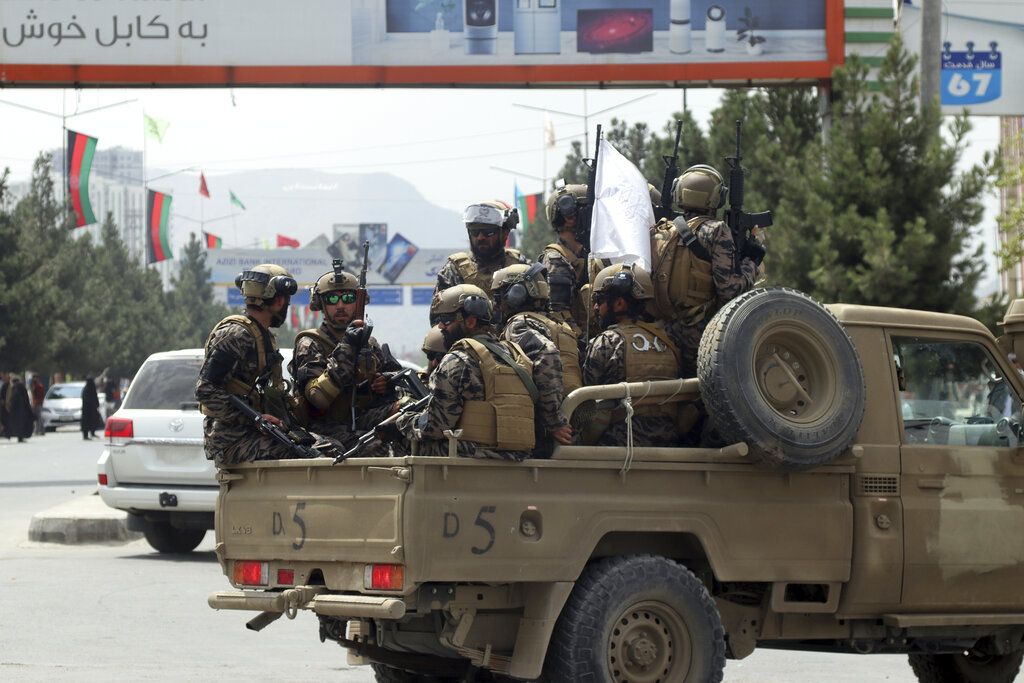 Washington: A year after America’s tumultuous and deadly withdrawal from Afghanistan, assessments of its impact are divided — and largely along partisan lines.Also Read – Dragged Out Of Car, Physically Assaulted: WION Journalist Anas Mallick Abducted By Taliban In Kabul, Now Safe

Critics slam the August 2021 evacuation of more than 120,000 American citizens, Afghans and others as poorly planned and badly executed. They say the complete withdrawal of U.S. forces opened the door to a resurgence of al-Qaida and Islamic State militants in the country. And the exit, they say, signaled the United States’ lack of commitment to the broader Middle East and its unwillingness to stand by a partner in need. Also Read – US Strike Kills Al-Qaida Chief Ayman Al-Zawahri in Afghanistan; Biden Says ‘Justice Delivered’

Supporters counter that it was time to end America’s longest war and that leaving forces in the country would risk their lives and gain little. It was time, they said, for the Afghan people to take charge of their own country and its security so that the U.S. could focus on threats from China and Russia, and on other critical issues such as climate change and the pandemic. Also Read – Several Feared Dead As Suicide Blast Rocks Kabul International Cricket Stadium During T20 Match. Disturbing Videos Emerge

What is certain is that the government of Afghanistan collapsed at the hands of the Taliban, hundreds of Afghans who supported the U.S. during the war were left behind fearful of retribution, and the leader of al-Qaida found sanctuary in Kabul.

On the political front, the withdrawal marked a turning point for President Joe Biden. His high approval ratings started falling as Americans saw horrifying images of desperate Afghans swarming the airport, U.S. troops and Afghan civilians being killed in a suicide attack, and an innocent Afghan family mistakenly targeted and killed by an American drone strike.

Now, one year after the last troops left Afghanistan — and with midterm elections approaching — the White House, congressional Republicans, and outside analysts are offering their views of the withdrawal and its impact.

A look at what they are saying:

WHAT THE BIDEN ADMINISTRATION SAYS

When Biden took office, the U.S. was already committed to a withdrawal agreement that had been reached between the Taliban and his predecessor Donald Trump. Many GOP leaders — such as House Minority Leader Kevin McCarthy — praised the deal, while others — including then-Senate Majority Leader Mitch McConnell — slammed it as shortsighted.

Biden favored the withdrawal then and continues to defend it. He says the U.S. had accomplished its goal in Afghanistan — to prevent al-Qaida from planning and launching attacks against the U.S. from within the country again. He said it was not in America’s national interest to fight the war indefinitely, and instead the U.S. would develop an “over-the-horizon” capability to keep an eye on the terror threat and take it out if needed. The U.S., he said, must fight the battles of the next 20 years, not the last.

Today, the administration and its Defense Department praise the execution of the withdrawal — the largest air evacuation in U.S. history — as largely successful under extraordinarily dangerous and dynamic conditions. But the U.S. has also called the drone strike on Afghan civilians a tragic mistake.

The White House released portions of an unclassified intelligence assessment summary on Sunday that concluded that al-Qaida hasn’t rebuilt and doesn’t have the ability to launch an attack against the U.S. from Afghanistan. And it argues that the successful airstrike last month that killed al-Qaida leader Ayman al-Zawahri in a Kabul safe house is proof the U.S. can monitor and eliminate terror threats in Afghanistan.

WHAT THE REPUBLICANS SAY

The Republican minority on the House Foreign Affairs Committee released an interim report this week that blasted the evacuation, saying it was poorly planned, poorly operated and plagued with delays. It said poor organization left many would-be evacuees unable to get into the airport and onto the swiftly departing planes.

It noted that outside groups, including former military troops who had worked with Afghan interpreters and others, began coordinating their own networks to get people out. And, it said that some Afghan commandos who couldn’t get on U.S. flights fled into Iran, where they may pose a security threat to the U.S. if they are captured.

The report had few new findings, but it underscored the chaos of the withdrawal and complaints that the State Department waited too long to request military assistance for the exit process. It also charged that Biden’s assurance that al-Qaida would not be allowed to regroup was clearly wrong, since Zawahri was discovered living in a tony Kabul neighborhood.

Critics also question the decision to fully withdraw from Afghanistan, noting that initially the military argued to keep about 2,500 forces on the ground, along with several thousand NATO troops. Ultimately, as conditions in Afghanistan deteriorated, Pentagon leaders concluded that clearing the Taliban out of Kabul and reclaiming land could require up to 20,000 troops, and could cost many lives. So they endorsed the full withdrawal by Aug. 31.

Retired Gen. Frank McKenzie, who as the top military officer for the Middle East oversaw the withdrawal, said he regrets “very bitterly” the people the U.S. couldn’t get out, including Afghans who worked with troops there.

“I believe we got out all the Americans that wanted to come out,” he said. “If someone stayed, there was a reason why they wanted to stay.”

But his biggest concern, he said, is that al-Qaida, Islamic State militants or other affiliated insurgents will be able to generate an attack against the U.S. from a haven in Afghanistan. The CIA strike that killed Zawahri shows the U.S. can and will detect and go after threats, but also underscores that it is a very rare and difficult task. He also said that efforts to set up terrorist training camps in Afghanistan has already begun.

Ryan Crocker, a former U.S. ambassador to Afghanistan, said Tuesday that he and others warned “right from the beginning that if the Taliban could ever get back in power, they would bring al-Qaida with them.” So, despite Taliban promises to not harbor terrorists again ”they have brought al-Qaida back.”

Crocker, McKenzie and others also point to what they said was a predictable erosion of women’s rights, widespread hunger and other Taliban problems running the government.

Military leaders are also working to shore up allies in the Middle East who now question America’s commitment to the region. They see persistent reports about America’s increased focus on threats from a rising China and an aggressive Russia and watch as military ships and assets are pulled away. And they worry that the U.S. won’t be there if threats from Iran spike again.

“We have given populations and nations all around the world a significant reason to no longer trust us,” retired Army Lt. Gen. Michael Nagata said during a Monday event at the Center for Strategic and International Studies. “In order to rise to the occasion in the competition we have underway with actors like Russia, China, Iran, North Korea, this is a particularly awful time for people not to trust us.”