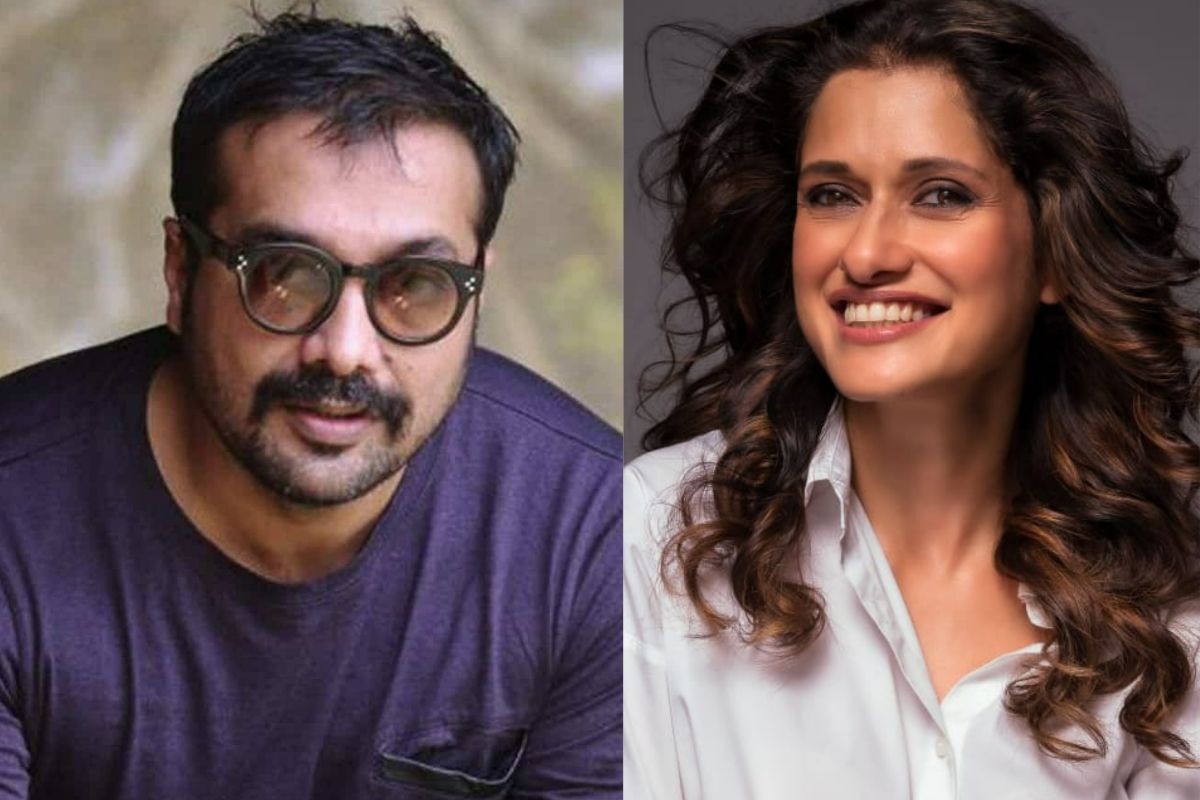 Mumbai: Actor Vidushi Mehra has played significant parts in popular movies like Aisha, 7 Khoon Maaf, Dum Laga Ke Haisha, Fugly, Raees, and No one Killed Jessica, among others. The actor was last seen in Anurag Kashyap’s Dobaaraa starring alongside Taapsee Pannu. The film is an official adaptation of the 2018 Spanish film Mirage, which debuted at the London Film Festival in 2022.Also Read – Dobaaraa Movie Review: Taapsee Pannu’s Film is Good, But Not Good Enough For Theatres

Describing her working experience with Anurag Kashyap Vidushi said, “Anurag Kashyap was incredibly insightful and delightful to be with. I was very intimidated at the beginning by his intense looks but he is actually so warm, chilled out and so childlike with the way he expresses himself. He is a hard taskmaster on set and is very detailed and particular with what he requires from the actors in their roles. To me, he reminded me of who I’m as a mother and who I’m a mother in real life. So he made that connection so real. He’s so patient with his actors who want to take some time. I’d feel grateful on having this chance to work with him.” Also Read – The Kashmir Files is ‘Hate Mongering’ Garbage, Says Filmmaker Supporting Anurag Kashyap’s Oscar Remark Against Vivek Agnihotri

She continued, “Also for somebody who is outside the industry, in the capacity that I have worked Anurag Kashyap was at the top of my list. I enjoyed so many of his films and the way he writes. It’s every actor’s dream to work with someone who is so thorough. I think every actor in the industry wants to work with him. He is our Quentin Tarantino. He treats everyone with equal respect, disciplined and his temperament is so easy.” Also Read – Dobaaraa Trailer 2: Taapsee Pannu’s Timeless Thriller Mystery Continues – Watch Video

Giving insight about her role and the film she says, “I play a critical role. As I’m portraying a mother which I’m in real life as well, I was supremely directed. Also, some of my personal experiences in life with my own kids did help. It’s a murder mystery that takes place 26 years ago and someone comes from the future to solve it. It’s a unique and intriguing storyline based on the mysterious concept of time travel.”

Sharing her working experience with co-actors Taapsee Pannu, Pavail Gulati and others she says, “They are extremely dedicated actors and very giving as artists. I had a couple of scenes with both and they really want the person in front as well to shine because the biggest purpose is to make the scene look good. They are not selfish actors and that’s what really nice about the new-age actors. They believe in teamwork and supporting each other.”

Talking about her journey for so many years and future aspirations she states, “I have loved every bit of it as I enjoy performing as an actor in different roles. Acting is a medium for me by which I try to be a better person in real life every day. My dream roles are many about many characters. All complicated characters interest me – waiting for one !”