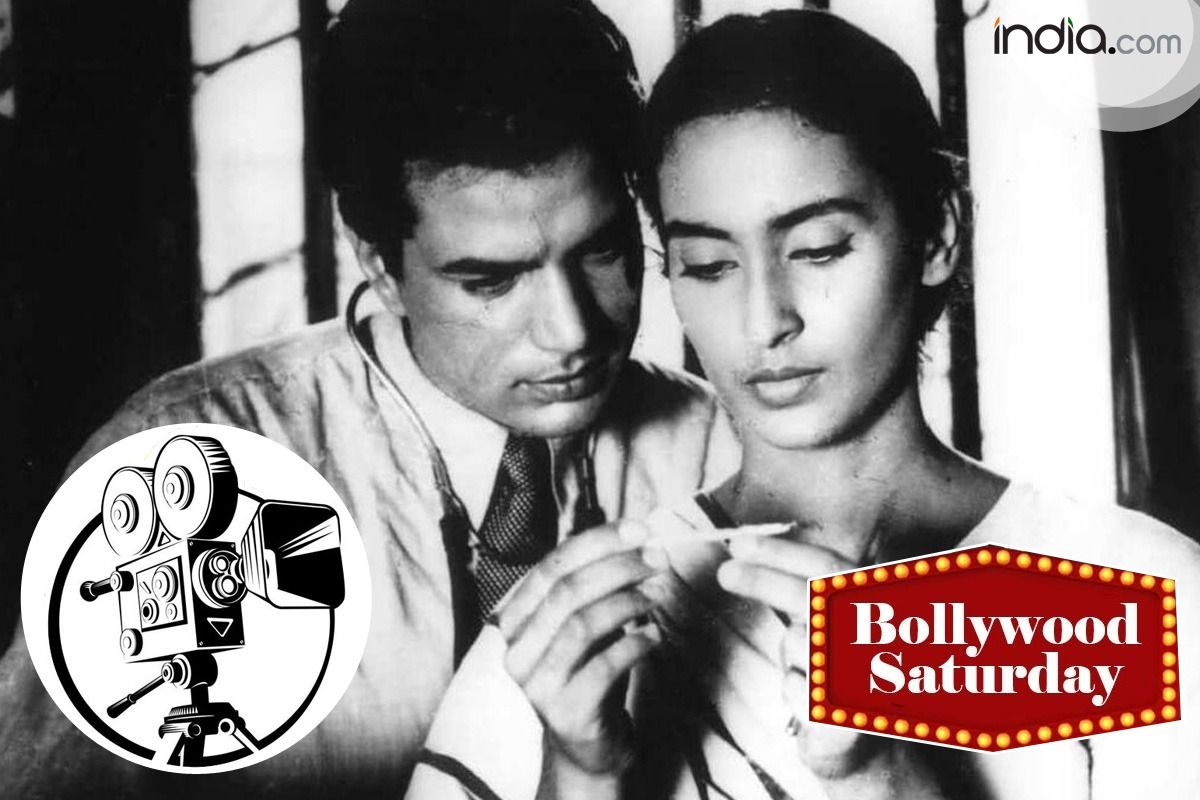 Bollywood Saturday: Bimal Roy’s Bandini is considered to be one of his best works till date. The filmmaker who gave us cinematic gems like Do Bigha Zameen, Devdas, Madhumati and Sujata created a timeless classic with Bandini. The film starring Ashok Kumar, Nutan And Dharmendra in pivotal roles is regarded as the epitome of Roy’s vision and craftsmanship. Ashok Kumar and Nutan were already acclaimed for their artistry and aura. But the social drama also gave the audience a poignant thespian much before he became the He-Man of Hindi Cinema. Dharmendra, who was struggling hard in his acting journey, was re-introduced to the world by the maverick Bimal Roy. According to Dharmendra’s biography, Roy offered him the role of the prison doctor Devendra over a shared meal of maach(fish in Bengali).Also Read – Bollywood Saturday: Do You Know Ashok Kumar-Nargis Acted in This Epic Biopic on Emperor Humayun

In the book, Dharmendra says “I remember restlessly waiting for the results on the day of the final test during the Filmfare contest. The great Bimal Roy was one of the judges, and his assistant Debu Sen (who later directed Roy’s 1968 production Do Dooni Chaar) was very fond of me. Debu sized me up and simply said, ‘Hai baat! (There is something special in you)’ while I waited.” When Sen called him later on informing that Bimal Da wanted to see him, he mentions, “I went in, and Bimal Da said, ‘Come, come, Dharmendu’ the name he stubbornly called me (by) stating that he was saying Dharmender in his Bengali way, ‘Your boudi (sister-in-law) has sent maach (fish).’” Also Read – ‘Main Chup Hun, Bimaar Nahi’: Dharmendra Quashes Hospitalisation Rumours in Video- Watch

Dharmendra confessed that he was unable to eat as he was stressed about the results. He the reveals how Roy casually stated, “Aur Dharmendu, tum Bandini kar rahaa hai (And Dharmendra, you are doing ‘Bandini’)!” The actor pointed out, “Now I was unable to eat because I was so happy! There is always that moment that comes after months and years of struggle that you catch and do not want to let go! All my years of struggle coalesced into that one moment! I wanted to live it forever!” Also Read – Dharmendra Releases Video After Getting Discharged, Reveals Reason For His Hospitalisation – Watch

Bandini is a 1963 classic  based on the Bengali novel Tamasi by Jarasandha (Charu Chandra Chakrabarti), a former jail superintendent who spent much of his career as a jailor in Northern Bengal, and wrote many fictional versions of his experiences.

For more updates on Bandini, Dharmendra and Bimal Roy, check out this space at India.com.