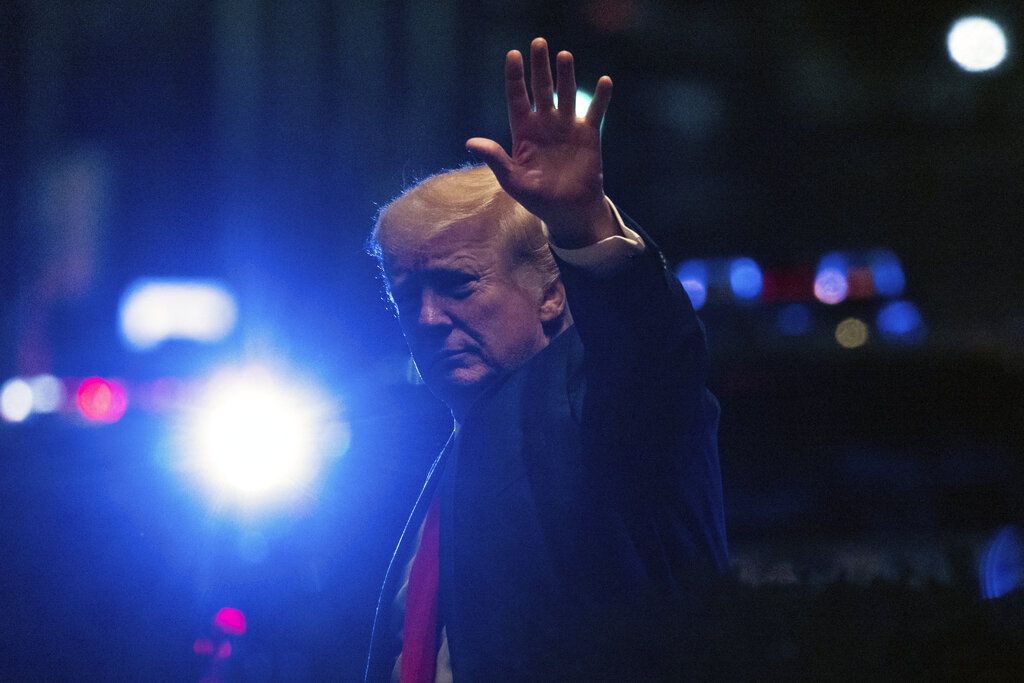 Washington: The year was 2016, the presidential candidate under investigation was Hillary Clinton and the FBI director at the time, James Comey, laid out the factors the Justice Department weighs in deciding whether to charge someone with mishandling classified records.Also Read – Hillary Clinton Trolls Donald Trump After FBI Raid, Latter Throws A Fit As Son Eric Whines

Fast forward to 2022 and that tutorial proves instructive as another candidate from that election, Donald Trump, is entangled in an FBI probe related to sensitive government documents. Also Read – ‘Too Creepy And Manipulative’: Meta AI Chatbot on Mark Zuckerberg. What It Said About Donald Trump

Whether an FBI search of Trump’s Mar-a-Lago residence is a prelude to criminal charges is unknown. The action Monday nonetheless focuses attention on the thicket of statutes that govern the handling of government records, though the department’s own history of prosecutorial discretion — some high-profile investigations have ended without charges or in misdemeanor plea deals — makes it hard to forecast with certainty what might happen this time. Also Read – ‘Under Siege’: Donald Trump Says His Florida Home Mar-a-Lago Estate Raided By FBI

“These are statutes that have historically not been enforced to the fullest extent,” said University of Texas law professor Stephen Vladeck.

Much remains uncertain about Monday’s search, including precisely what documents the FBI was looking for — Trump says agents opened a safe — or why it acted when it did. But people familiar with the matter say it relates to an ongoing Justice Department investigation into the discovery of classified material in boxes of White House records the National Archives and Records Administration recovered from Mar-A-Lago earlier this year.

To obtain a search warrant, the Justice Department would have had to persuade a judge that probable cause existed that a crime was committed, though what statute officials think may have been violated is unclear.

Multiple federal laws require the safekeeping of government secrets. One potentially relevant statute makes it a crime to remove classified information and retain it an unauthorized location. Another makes it illegal to mishandle national defense information, including maps, photographs and documents, or transmit it to a person not authorized to receive it.

But if past is any precedent, the mere mishandling of classified information isn’t always enough for a felony conviction — or any charges at all.

“It often comes down to whether there are aggravating factors in these cases,” said David Laufman, a Washington lawyer who as head of the Justice Department’s counterintelligence and export control section oversaw the Hillary Clinton investigation.

The FBI said as much in 2016 when it closed without recommending charges an investigation into whether Clinton mishandled classified information via a private email server she used as secretary of state. Comey said agents had determined that she had sent and received emails containing classified information but that there was no indication she had intended to break the law. He said no reasonable prosecutor would have brought such a case.

To prove his point, he said a review of past Justice Department cases established that each prosecution involved some combination of: an intentional mishandling of classified records; the vast exposure of materials in a way that suggested willful misconduct, disloyalty to the U.S. or obstruction of justice.

In another notable case, former CIA Director David Petraeus was permitted in 2015 to plead guilty to a misdemeanor charge of the unauthorized removal and retention of classified information, avoiding prison as he admitted sharing notebooks containing government secrets with his biographer. That resolution came two years after an FBI search of his home and despite an acknowledgment by Petraeus that he knew the information he was sharing was classified.

It remains to be seen what arguments Trump might raise as the investigation progresses. His lengthy statement disclosing the search did not address the substance of the probe, complaining instead that the FBI’s action was a “weaponization of the Justice System and an attack by Radical Left Democrats.”

Christina Bobb, a lawyer for Trump, said in an interview that aired on Real America’s Voice on Tuesday that supporting documentation for the warrant remained sealed and that she had not seen it. But she said investigators said they were “looking for classified information that they think should not have been removed from the White House, as well as presidential records.”

She asserted that the president himself gets to decide what is a presidential record, and it is true that Trump could argue that as president until Jan. 20, 2021, he was the original classification authority and had declassified on his own the classified material recovered from Mar-a-Lago.

But, law professor Vladeck said, it would be a “pretty stunning” argument by Trump to claim as his defense that he had “declassified all of our crown jewels” and, by doing so, effectively admit that he was a “threat to our national security.”

And, Laufman said, “The fact that he has legal authority doesn’t mean…that anything he might have chosen to take from the White House and squirrel away at Mar-a-Lago is declassified. The declassification process does not exist in Donald Trump’s head. It’s not self-executing.”

It is also possible he might say he was unaware of the content of the boxes as they were being packed. His son Eric told Fox News that boxes were among items that got moved out of the White House during “six hours” on Inauguration Day. But even if that’s the case, he would still have had a legal obligation once he learned of the presence of classified information to return it, Laufman said.

There are other statutes that could come into play that don’t explicitly concern classified information. One particular law makes it a felony for someone in possession of government records to willfully mutilate, obliterate or destroy them. That law is punishable by up to three years in prison and says that anyone convicted of it is disqualified from holding future office, though the qualifications of who can run for president are established by the Constitution.

In any event, key unanswered questions remain, including whether the investigative focus is on “the act of keeping all this material at Mar-a-Lago” or on what the material actually is, Vladeck said.