New Delhi: Who doesn’t adore the ‘Makhanchor’ avatar of Lord Sri Krishna? Every year, Sri Krishna Janamashtami is celebrated in India as birth anniversary of Lord Krishna and mainly to cherish the child avatar of the deity. As part of the annual celebrations, Shriram Bharatiya Kala Kendra is staging the 46th edition of its Dance Drama – ‘Krishna’. Using traditional Indian dance styles like Mayurbhanj Chhau and Kalaripayattu, the Kendra will depict elements of Lord Krishna’s colourful life from his birth through his participation in the epic Mahabharata.Also Read – Banks to Remain Shut For 4 Days in a Row From Tomorrow in These Cities | FULL LIST

Shobha Deepak Singh, Director and Vice Chairperson, Shriram Bharatiya Kala Kendra told IANS, “Krishna emotes the intrinsic truths of life, appealing in their fundamental simplicity, as enumerated by Lord Krishna. These lie within the folds of innumerable anecdotes, embedded in His life’s tales, perpetually inspiring in their traditional as well as today, in a modern context.” Also Read – Uttar Pradesh: Janamashtami Holiday Now Shifted To Friday Instead Of Thursday 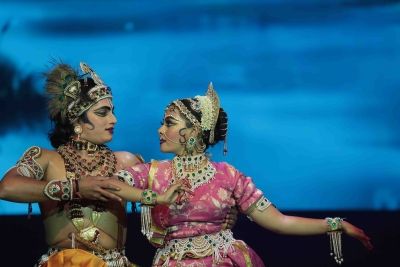 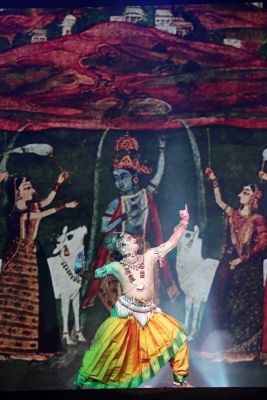 The ballet show aims to bring alive the legend of Krishna from tales, myths and stories, whether it was his years of childhood or the antics he played while growing into a young adult. Following the premise that Mahabharat’s Krishna and the butter-stealing Krishna are two different characters who have blended over time, the ballet presents Krishna’s two different personalities in completely opposite ways.

The play’s first half is devoted to famous stories like ‘Makhan Chori’, ‘Govardhan’, ‘Kaliya Raas’, and others. In this production, the status of women has been given a new meaning. ‘Krishna’ raises the position of ‘Radha’ from that of a lover to being his “divine consort”. The story of the Yadavas is linked with that of Krishna Vasudeva, whose uncle Kansa tries to kill him but he overcomes and the lengthy fight with Magadha’s Jarasandha pushes Krishna and the Yadavas to leave Mathura and go to Dwarka.

The ‘Chakradhari Krishna’ of the second half has been described as the one who despite having leadership skills, becomes subject to divine foolishness. This act is based on lesser-known Mahabharat stories. There has been a single-minded effort to break out from the rut of mindless faith and raise concerns of importance. With this clear aim, the plot’s second half deals with situations that bring up several timeless and everlasting topics for dialogue.