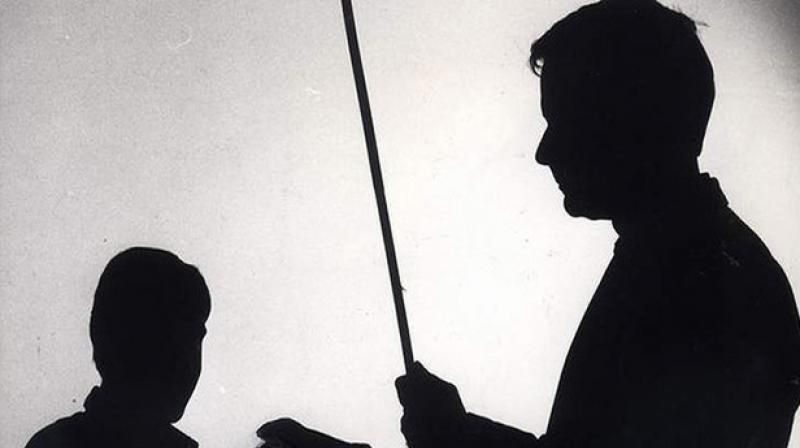 Jaipur: A nine-year-old Dalit boy who was undergoing treatment at a hospital in Ahmedabad after being beaten up at a school in Rajasthan’s Jalore district for touching a water container, died on Saturday. Reacting to the death of the Class 3 boy, the BJP on Sunday demanded action against the owner of the private school where the incident happened.Also Read – Gujarat MLA and Dalit Leader Jignesh Mevani Arrested by Assam Police

The minor boy Indra Kumar Meghwal died on Saturday allegedly after he was beaten up by the teacher for touching a water pot in the school. The accused teacher, Chail Singh (40) has been arrested. Also Read – UP Dalit Teen Forced to Lick Feet, 8 Arrested as Video Goes Viral

Incidents of Dalit atrocities have happened one after another in the last three-and-a-half years. This happens when the state government, chief minister are weak. The guilty must be punished at the earliest, Poonia told reporters.

When the country is celebrating 75th year of independence, such an incident forces us to think where we are standing. A society is made up of unity and harmony, and for us society is paramount, he said.

The BSP also condemned the incident and said it will give representations addressed to the President on Tuesday.

BJP spokesperson and MLA Ramlal Sharma said recognition of the school should be cancelled so that discipline is maintained.

This is the first such incident where a Dalit boy died after he was beaten up by a teacher in private school for touching a drinking water pot. The BJP demands that immediate action should be taken so that such incidents do not reoccur, Sharma said.

Action against the school owner should also be taken and recognition of the school should be cancelled so that discipline is maintained in schools, he said.

The Jalore Police has charged the teacher with murder and under sections of the Scheduled Caste and Scheduled Tribe (Prevention of Atrocities) Act.

Meghwal, a student of the private school in Surana village, was allegedly beaten up on July 20 and succumbed to his injuries at a hospital in Ahmedabad on Saturday.

Chief Minister Ashok Gehlot condemned the incident and said the case will be taken up under the case officer scheme for fast investigation. He also announced financial assistance of Rs 5 lakh to the family of the boy from the chief minister’s relief fund on Saturday night.

The death of a student due to assault by a teacher in a private school in the Sayla police station area of Jalore is tragic. The accused teacher has been arrested under sections for the murder and SC/ST Act, he tweeted.

The case has been taken up under the Case Officer Scheme for speedy investigation of the case and speedy punishment to the guilty. Justice will be ensured to the victim’s family at the earliest. An assistance amount of Rs 5 lakh will be given to the kin of the deceased from the Chief Minister’s Relief Fund, he said.

The state education department has initiated an inquiry into the matter.

Superintendent of Police of Jalore Harsh Vardhan Agarwalla said the boy was beaten up badly and added that the reason cited for it — touching a drinking water pot — was yet to be investigated.

“We have filed a case against the teacher, Chail Singh, under section 302 of the IPC and the SC/ST Act and have arrested him,” the police officer said.

The boy’s father said he suffered injuries on his face and ear and almost became unconscious. The boy was taken to the district hospital, from where he was referred to a hospital in Udaipur.

“He remained admitted at the hospital in Udaipur for about a week, but seeing no improvement, we took him to Ahmedabad. But his condition did not improve even there and he finally succumbed on Saturday,” the boy’s father Devaram Meghwal said.