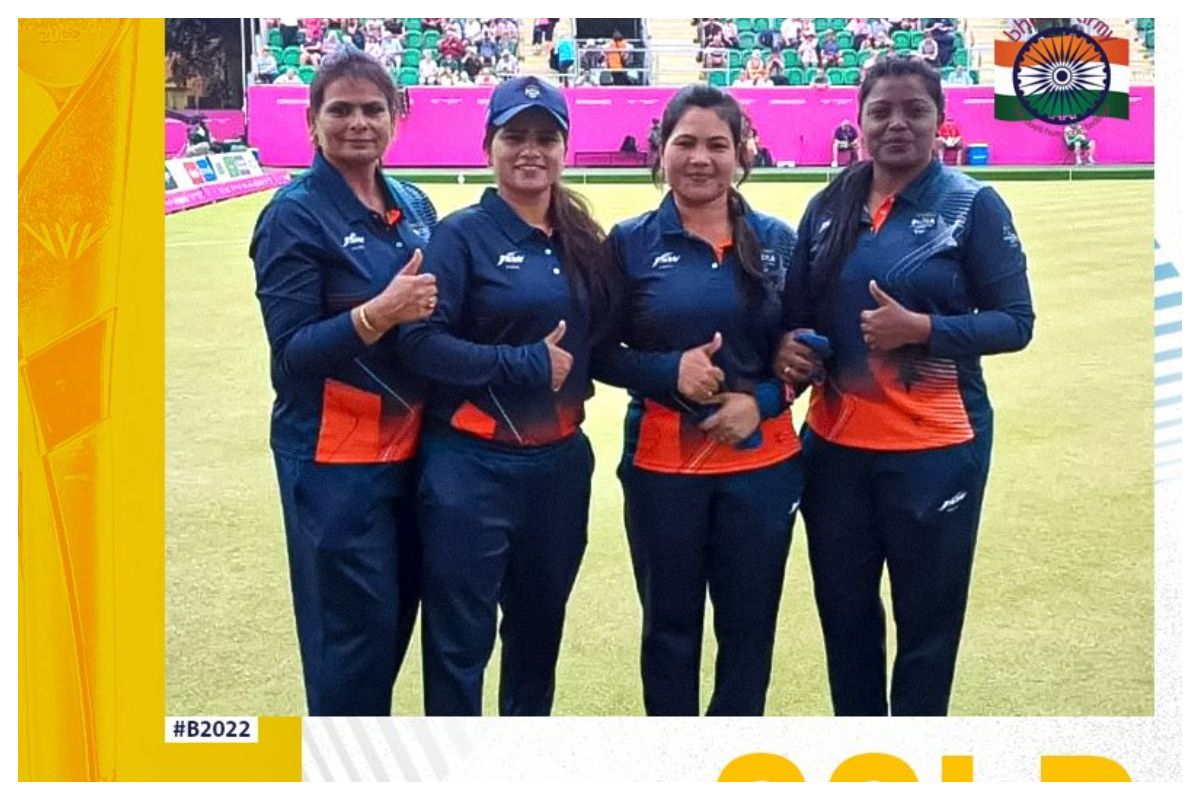 CWG 2022: Indian Women’s Fours team in Lawn Bowls has won a historic gold medal by beating South Africa 17-10 in the final. The Indian team comprising of Lovely Choubey, Pinki, Nayanmoni Saikia, and Rupa Rani Tirkey produced a great display in the final to outplay a strong South African team. It is India’s first medal in lawn bowls and with this, the count of India’s gold medals has gone to four.Also Read – India vs England Women’s Hockey Commonwealth Games 2022 Highlights: ENG Beat IND 3-1 In An Exhilerating Match

Under tricky conditions and a much stronger and more experienced South African side, the Indian eves proved their mettle on the day it mattered the most. Also Read – LIVE | India at Birmingham, Day 5: After HISTORIC Gold in Lawn Bowls; TT Team Eyes Another

It was an even start to the final, as India took the lead after the first end but South Africa went ahead after the second. Thereafter, in-form Indian surged ahead to a 8-2 lead by the seventh end. But, it could not score a single point over the next four ends as South Africa roared back into contention, levelling the scores 8-8 after the 10th end.

The 15th and final end saw India consistently get closer to the jack and when South Africa’s final bowl missed the jack, it gave India two more points and confirmed a historic gold medal.