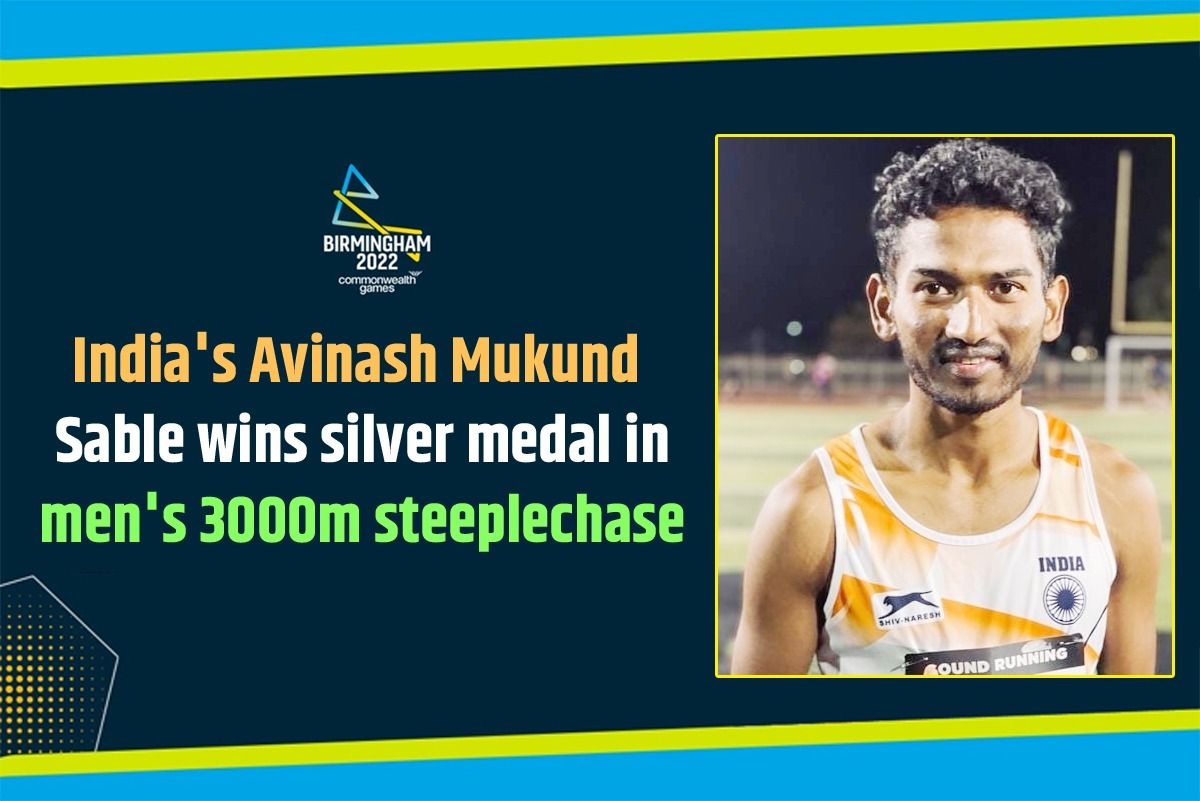 CWG 2022 Latest Update: India’s Avinash Sable on Friday bagged a silver medal for the country in the men’s 3000m steeplechase at the Commonwealth Games in Birmingham. Sable settled for the silver after he clocked 8:11.20 to come second – this is his personal best and also a national record.Also Read – LIVE India Women vs England Women, T20I Semi-final, CWG 2022 : Wyatt Departs, ENG In Spot Of Bother

Earlier in the day, Priyanka Goswami clinched a silver medal in the women’s 10,000m race walk on a productive day for India in the Commonwealth Games athletics competition here on Saturday.

Goswami also scripted history as she became the first Indian woman to win a medal in race walk with a silver in 10,000m event.

With the two silver, the Indian athletics team’s medal count swelled to four and it has already gone past the number in 2018 Gold Coast where the country had won a gold, silver and bronze each in track and field.

With the silver, Sable made amends for his disappointing performance in the World Championships. A farmer’s son from Mandwa village in Maharashtra’s Beed district, the Indian Armyman had the satisfaction of beating World Championships bronze medallist Conseslus Kipruto of Kenya who finished sixth here with a time of 8:34.96.

Sable, who has earlier served at the Siachen Glaciers before taking to athletics, has been on a national record breaking spree in recent times. He had clocked 8:12.48 when he finished fifth at the prestigious Diamond League Meeting in Rabat last month.