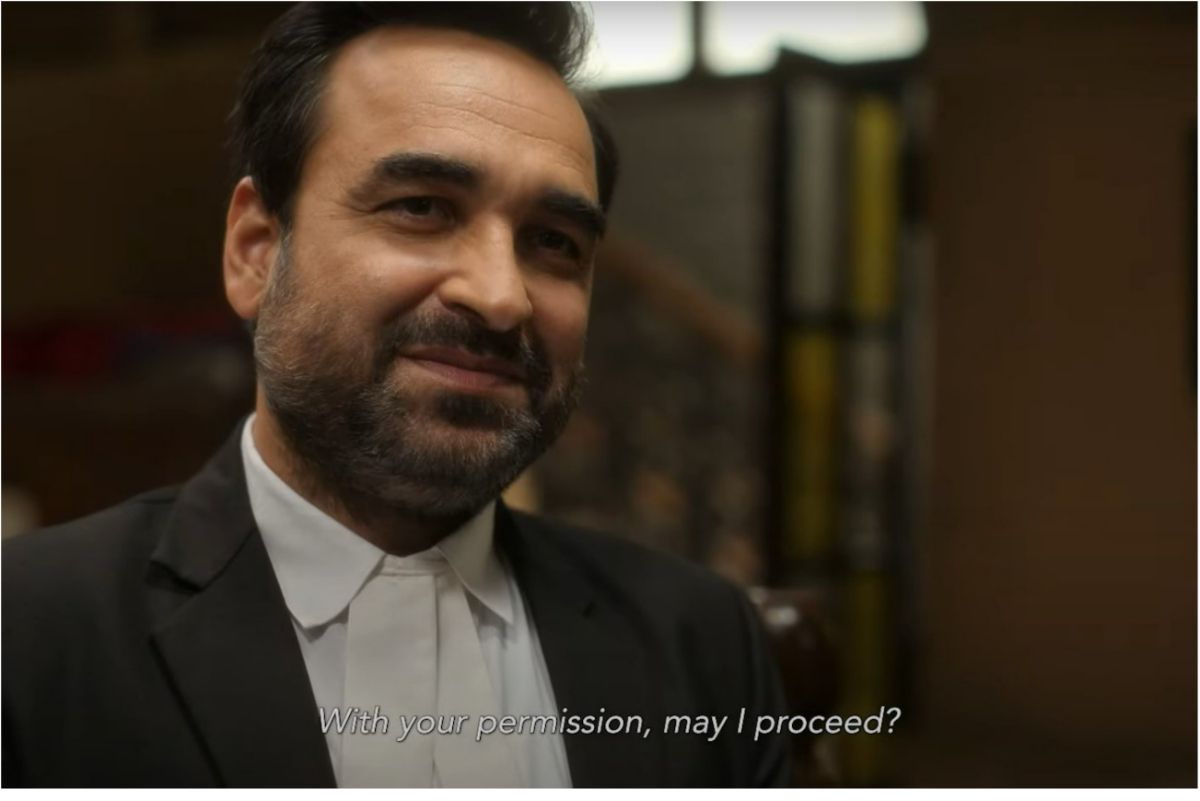 Following the runaway success of the first two seasons, Disney+ Hotstar brings the critically acclaimed show, Criminal Justice: Adhura Sach, for a brand new season. The series is produced by Applause Entertainment in association with BBC Studios India and is directed by Rohan Sippy. In the latest season, Pankaj Tripathi reprises his role as Madhav Mishra. This season, the show gets bigger and better as the witty lawyer tackles one of the toughest cases of his career as he has a face-off with a steel-gritted Assistant Public Prosecutor, Lekha, played by Shweta Basu Prasad. Also Read – ‘Guddu is Back’: Ali Fazal Shares Mizapur 3 Look, Amyra Dastur And Fans React – See Viral Pic

Gaurav Banerjee, Head Content, Disney+ Hotstar & HSM Entertainment Network, Disney Star, said, “Criminal Justice is a marquee show that raises important questions for us all. The last two seasons’ the overwhelming response proves how the show’s pragmatic storytelling reverberates with the audience strongly.  As one of the most-watched titles on Disney+ Hotstar, we are excited to bring to the  viewers an all-new chapter of Madhav Mishra’s fight for justice with Criminal Justice: Adhura Sach.” Also Read – Bachchhan Pandey Box Office Collection Day 2: Akshay Kumar Starrer Crashes Due To The Kashmir Files, Makes Rs 25.25 Crore

Actor Pankaj Tripathi said, “As an actor, I have always wanted to be part of different kinds of stories. With the character of Madhav Mishra, I have been fortunate enough to explore them in Hotstar Specials’ Criminal Justice series across seasons. In the new season, he sets out on a new adventure where he questions the limits of our laws. There is much more to look out for in this season, with Madhav Mishra taking a deep dive into the legal battles of his clients.”

Director Rohan Sippy said, “In the new season of  Criminal Justice, Madhav Mishra questions the judiciary and its limits by revealing a never-before-seen side to our legal systems. The new season captures his fight insightfully and sensitively in their rawest form. I am happy to collaborate with Disney+ Hotstar again for a prestigious series like this.”

Join Madhav Mishra on his all-new adventure across the juvenile justice system in Criminal Justice Season 3, only on Disney+ Hotstar