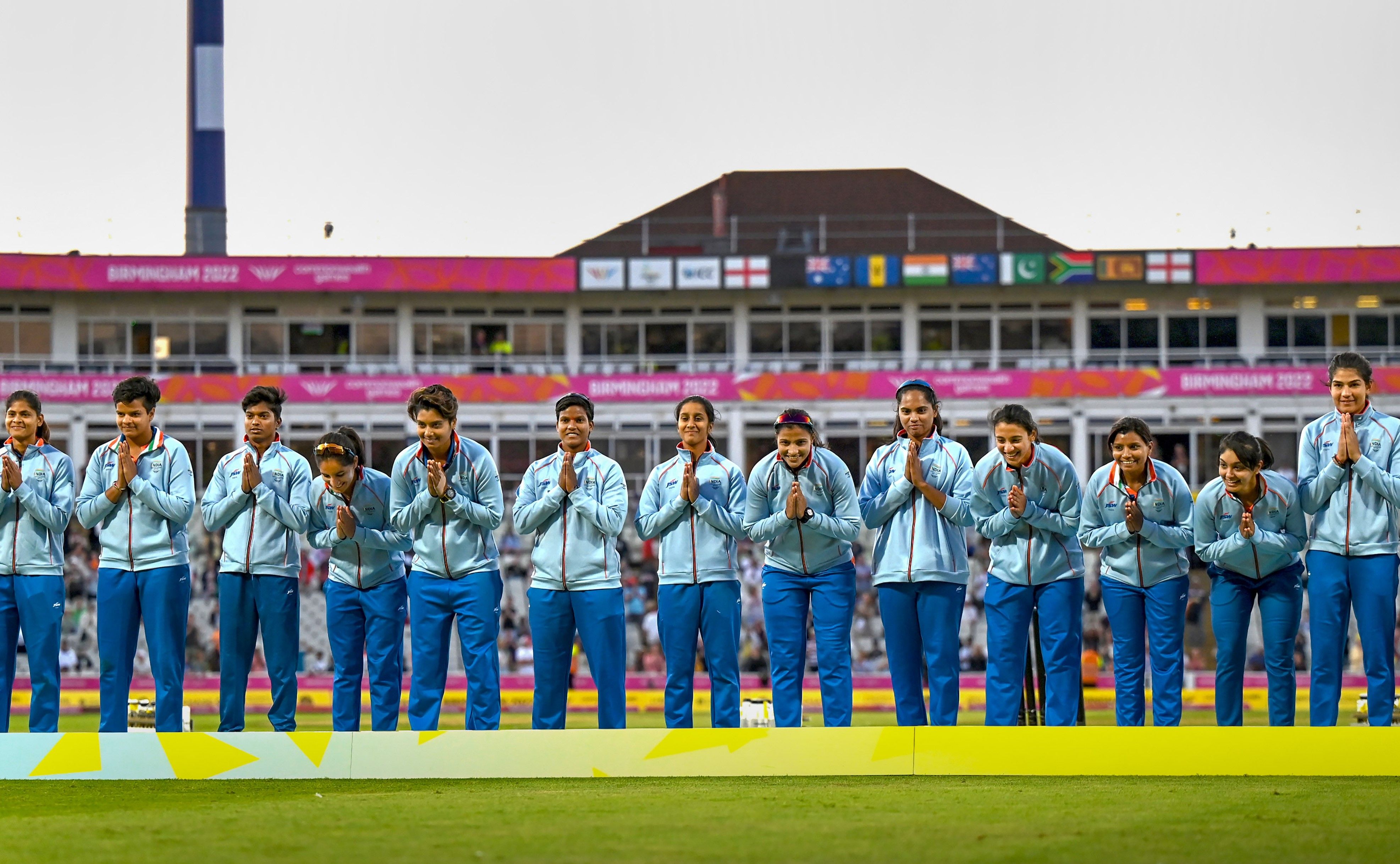 New Delhi: The Commonwealth Games cricket final was a combination of the sublime and the ludicrous, from before the game began till when India contrived to once again lose a big final with some cerebral short-circuit which resulted in the Indian girls handing over a nine-run win to the Australians. All of this after the International Cricket Council took a call to allow Australian Tahlia McGrath, diagnosed Covid positive, to play the final. Quite a decision, seeing how Australia has waxed eloquent about Covid-related precautions back home. But one assumes the rules can be bent a little when it comes to winning a medal, so all is well.Also Read – Commonwealth Games Cricket Semi-final: India Avenge Their League Loss In The Best Possible Way

Quite ironic to see McGrath wearing a mask and declining a handshake with the lady giving away the medals, when standing with three inches of her teammates.

One goes back to the time when there was such hue and cry in Australia and worldwide when Novak Djokovic was not allowed to play the Australian Open because of his not having the Covid vaccination shots. One wonders what changed since then.

One also wonders why the Board of Control for Cricket in India (BCCI) would not consider not fielding a team under such circumstances. Or maybe that’s just women’s cricket for you. No one really cares. As for the match, India fielded like lions, bowled with courage and batted like it was going out of fashion.

The catching showed some brilliance, with Radha Yadav and Deepti Sharma chipping with absolutely brilliant ones and Meghna Singh adding another fine catch. The ground fielding, while not always perfect, was still much better than what we’ve seen in the past. Smriti Mandhana crafted a direct-throw runout, while the rest too were not lagging.

Even so, there were enough weak deliveries for Australia, in spite of being in quite a tizzy for quite a while, to score 161 runs, which ended up being just a few too many when the match ended.

Cut to the batting. At 16 for no loss, in less than two overs, Mandhana decided to walk across the stumps, simply because she was being hemmed a little on the off side, and lost her leg-stump. Shafali Verma played yet another nothing shot soon after and it was 22/2.

Then came a superb 96-run stand between Jemimah Rodrigues and skipper Harmanpreet Kaur, in less than 12 overs, which ended with the former playing an extravagant shot rooted to her crease and being bowled.

From 118/3, it was soon 121/4 when Pooja Vastrakar skied one and off the very next ball, Harmanpreet, looking like a million dollars, played the most ill-executed and unnecessary scoop for wicketkeeper Alyssa Healy to snare a simple catch.

Harmanpreet’s 65 (43 balls) was superb and it was imperative that he stuck around and saw her team through, or at least get close. But that was not to be.

India should have won this one, as they should have the one against Australia in the league stages. They lost both, and that is where the difference between a good side and a really professional one lies. This is a span they will have to bridge if the Indian women want to be a winning force in world cricket.