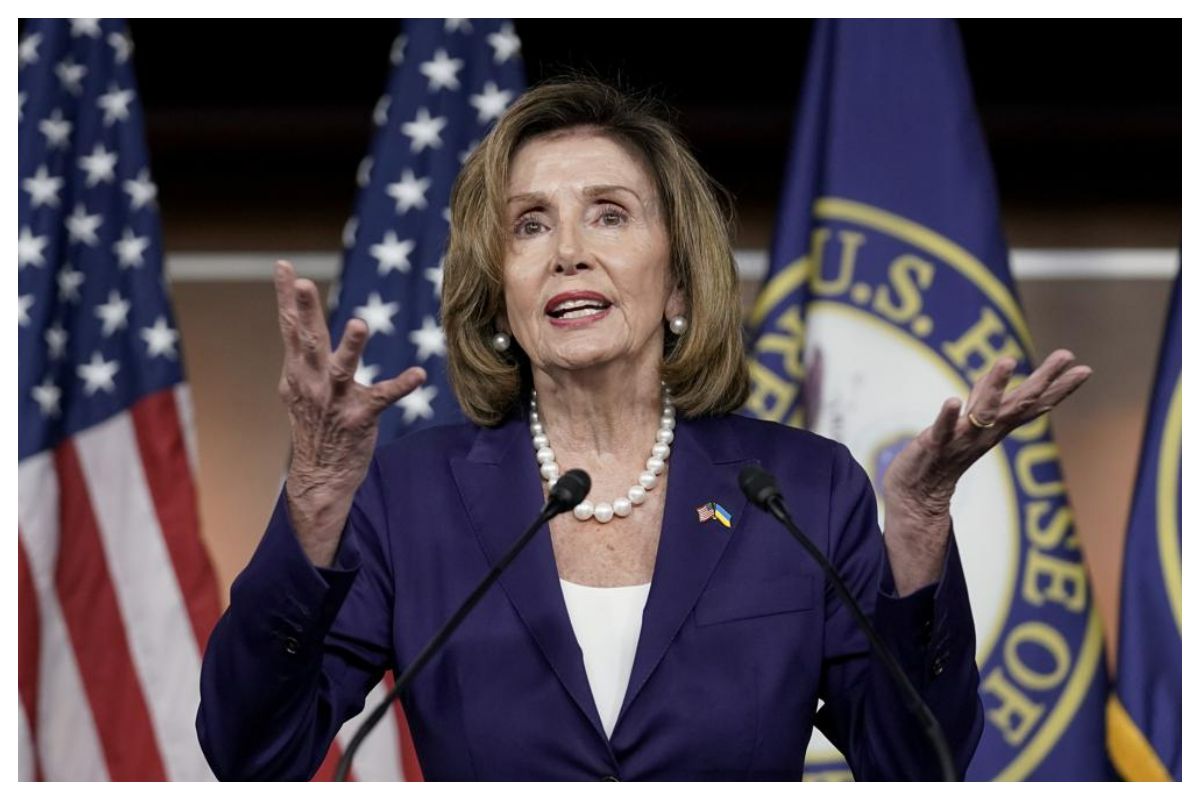 Nancy Pelosi Taiwan Visit Updates: Amid strong warning from China, US House Speaker Nancy Pelosi on Tuesday landed in Taipei and reaffirmed her country’s unwavering commitment to supporting Taiwan’s democracy and said this trip in no way contradicts longstanding United States policy on the self-governed island. She also expressed solidarity with 23 million people of Taiwan in the face of the increasing threat from China. Pelosi’s jet landed in Taiwan amid heightened security threat from China. Earlier in the day, Beijing warned the US that it will pay the price if Pelosi visits Taiwan, which is the highest level of US visits in more than two decades.Also Read – Video Shows Tanks Rolling Down Highways in China as US House Speaker Nancy Pelosi Lands in Taiwan | WATCH

China sees the American contact with Taiwan as an encouragement to make the island’s decades-old de facto independence permanent, a step US leaders say they don’t support. In the meantime, the US administration had tried to assure Beijing there was no reason to react and that such a visit would signal no change in US policy towards Taiwan. Earlier in the day, the White House also decried Beijing’s rhetoric over an expected visit by House Speaker Nancy Pelosi to Taiwan, vowing the United States “will not take the bait or engage in saber-rattling” and has no interest in increasing tensions with China. Also Read – Nancy Pelosi Posts First Tweet After Landing in Taiwan, Expresses America’s Solidarity With Island People

20: 45 PM: Nancy Pelosi in another tweet said, “Our visit is one of several Congressional delegations to Taiwan – and it in no way contradicts longstanding United States policy, guided by the Taiwan Relations Act of 1979, U.S.-China Joint Communiques and the Six Assurances.”

20:40 PM: Nancy Pelosi said in a series of tweets that the United States continues to oppose unilateral efforts to change the status quo.

20:35 PM: Soon after landing in Taiwan, Nancy Pelosi said in a tweet, “Our delegation’s visit to Taiwan honors America’s unwavering commitment to supporting Taiwan’s vibrant Democracy. Our discussions with Taiwan leadership reaffirm our support for our partner & promote our shared interests, including advancing a free & open Indo-Pacific region.”

20: 30 PM: Ahead of Pelosi’s visit, China’s military said it would conduct drills with live ammunition off its coast at one of the narrowest points of the Taiwan Strait. A Chinese Air Force spokesperson had said the country would send fighter jets around Taiwan as a demonstration of its ability to defend its sovereignty, without offering specifics on timing.

20: 26 PM: As per the Reuters report, Taipei has more than 4,600 such shelters that can accommodate some 12 million people, more than four times its population.

20: 25 PM: In the meantime, news agency Reuters stated that Taiwan is preparing its air-raid shelters as rising tension with China and Russia’s invasion of Ukraine raise new fears about the possibility of a Chinese attack on the democratic island.

20: 13 PM: Earlier in the day, China warned that the United States will pay the price if US House Speaker Nancy Pelosi visits Taiwan, as tensions between Beijing and Washington soar.

20: 08 PM: As per the data from Flightradar24, the US plane carrying Nancy Pelosi has entered Taiwan’s Air Defence Zone.

20: 01 PM: While there have been no official announcements, local media in Taiwan reported that Pelosi will arrive Tuesday night, making her the highest-ranking elected US official to visit in more than 25 years.