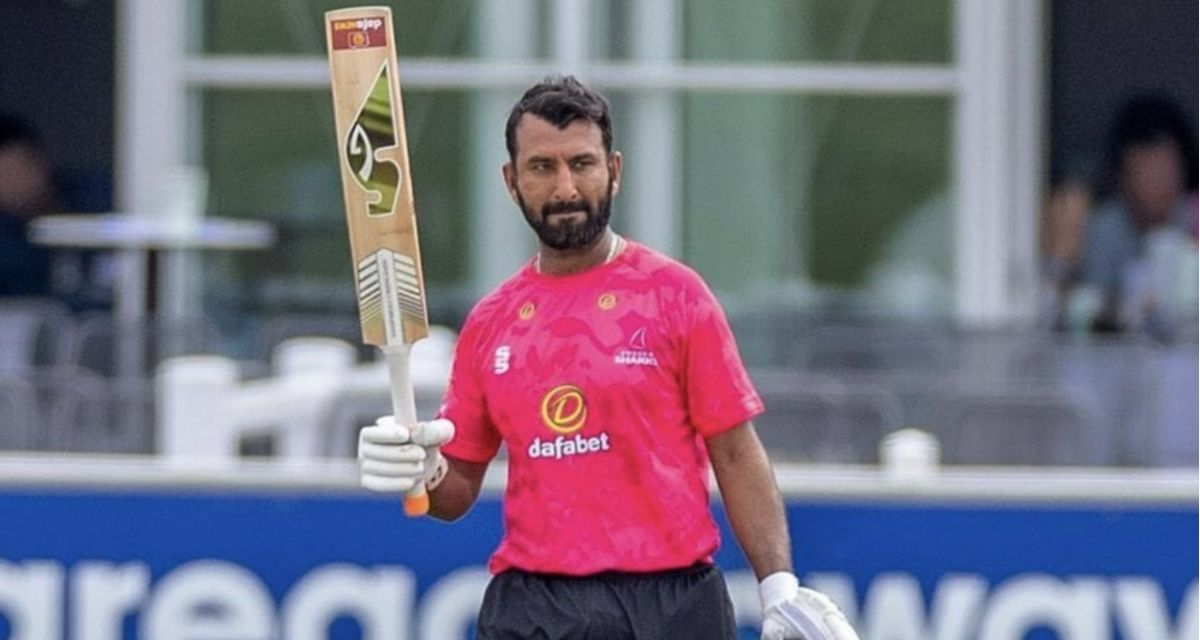 Hove (England), Aug 15:  India’s top-order Test batter Cheteshwar Pujara’s scintillating run in the Royal London One-Day Cup extended when he smashed a fantastic 174 off 131 balls for his side Sussex against Surrey at the County Ground in Hove.Also Read – Cheteshwar Pujara REVEALS he Felt ‘Pukish’ After 107 Off 79 Balls For Sussex | WATCH VIDEO

With his astonishing knock laced with 20 fours and five sixes, Pujara now holds the record for the highest-ever score made by a Sussex batter in List A cricket, going past the 171 made by all-rounder David Wiese against Hampshire in 2019. Also Read – WATCH: Cheteshwar Pujara Gets Standing Ovation at Lord’s After 3rd Double-Century For Sussex in County, Harbhajan Singh’s Response Goes VIRAL

Pujara also brought up his highest ever score in List A cricket, going past the unbeaten 158 he made while representing India B in Rajkot in 2012. Also Read – Purple Paradise: Mayfield Lavender Farm Is Nothing Less Than Surreal Heaven On Earth | Watch Breathtaking Video And Images

It also means that Pujara notched up back-to-back hundreds in the competition, after scoring a 79-ball 107 against Warwickshire on Friday.

Against Sussex, he showed no signs of slowing down, picking up from right where he left against Warwickshire.

As Sussex’s skipper, Pujara came out to bat when the side were 9/2. But his enthralling knock of 174 propelled Sussex to making 378/6 in their 50 overs. Pujara also shared a stand of 205 runs with Tom Clark, who made 104, for the third wicket.

After Clark fell, Pujara marched forwards till he unleashed carnage on Surrey’s bowlers, smashing 74 runs off his last 28 balls before falling in the 48th over. His efforts were more than enough for Sussex to bowl out Surrey for 162 and win the match by a huge margin of 216 runs.