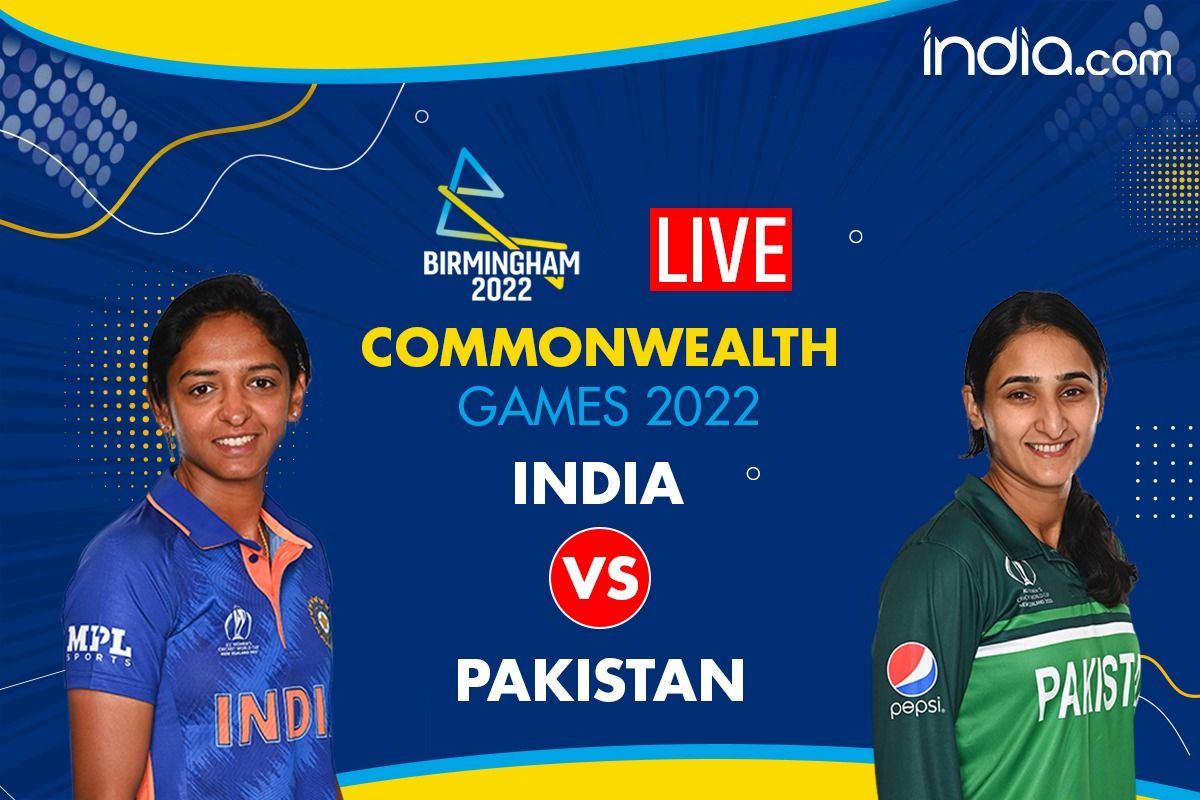 LIVE India vs Pakistan T20I, Commonwealth Games 2022 Score and Match Updates: After squandering a chance to win their first Group A match against Australia, India will be seeking better show in batting and bowling in a crucial game against Pakistan at Edgbaston on Sunday. Touted as a match of catching a wide public interest due to the large number of Indian and Pakistani-origin people residing in the city, expect the stadium to be a full house when Harmanpreet Kaur and Bismah Maroof lead their respective teams on the field in a match where the future of their campaign in the tournament hinges heavily.Also Read – LIVE | CWG 2022 Scores & Updates, Day 3, Birmingham: Jeremy Lalrinnunga in Action

A win for either of them means the chance for a medal will be alive while a loss would put either of the teams on the brink of an early exit from the competition. Just like India, Pakistan also had to suffer a loss in their opening match, being defeated by 15 runs from Barbados. Veteran all-rounder Nida Dar holds the key for Pakistan, seen from her unbeaten 50 off 31 balls when other batters failed to hang around at the crease. Bismah and other batters will have to get going to put some runs on board. Also Read – With High Hopes, Nikhat Zareen Set To Make Her Commonwealth Games Debut In Birmingham