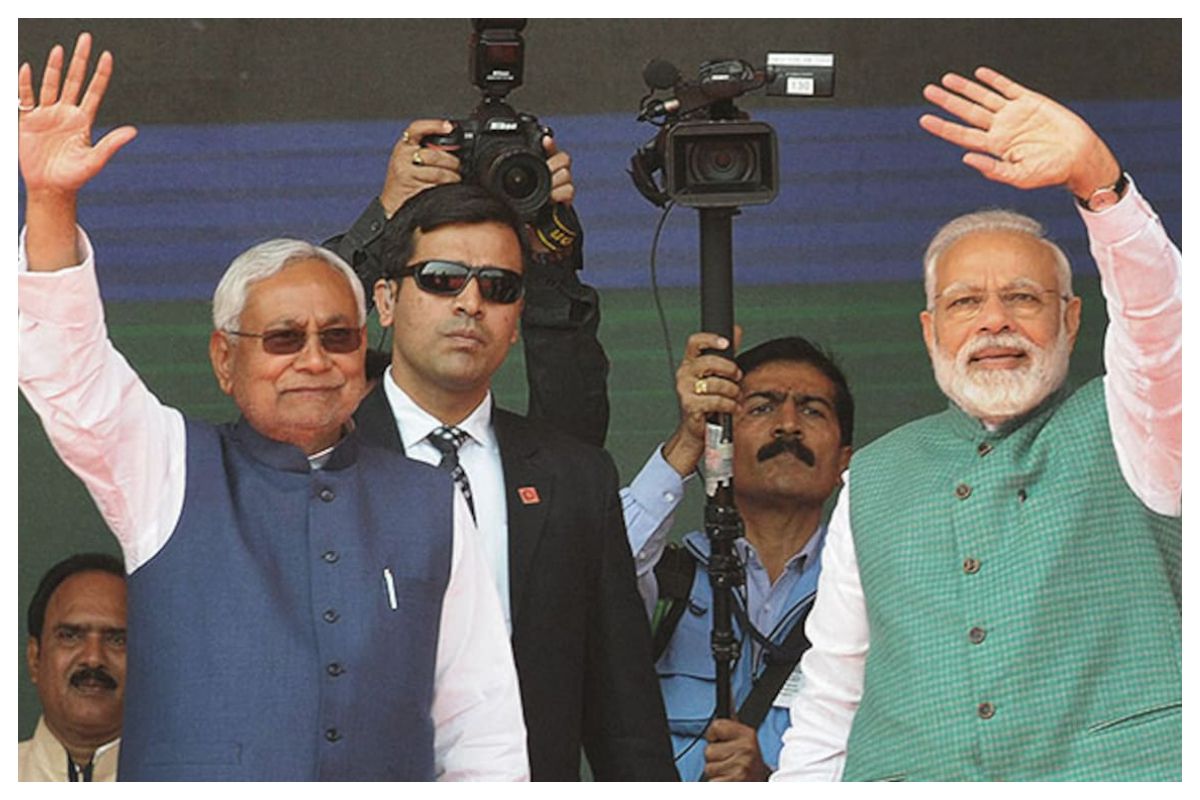 BJP-JDU Alliance May Break In Bihar: The ruling JDU-BJP alliance may break once again in Bihar. Unconfirmed reports coming from Patna say that by August 11, both the parties will break the coalition and the JDU-RJD combine will form the government in the state. Chief Minister Nitish Kumar has asked all his MPs and MLAs to reach Patna in the next two days. On the other hand, RJD has asked all the MLAs to stay in Patna. According to sources, Nitish spoke to Congress interim President Sonia Gandhi over the telephone.Also Read – Maharashtra Cabinet Expansion Tomorrow, Devendra Fadnavis Likely To Get Home Ministry

Sources are also saying that RJD leader Tejashwi Yadav will hold a meeting with all his MLAs on Tuesday itself. Also Read – Why Did Vice President M Venkaiah Naidu Get Teary-Eyed In Rajya Sabha?

Talking to reporters in Delhi, JDU MP from Jhanjharpur Rampreet Mandal said that anything is possible in Bihar politics. “This is the turning point. Anything can happen there before we even get there. Our leader is Nitish Kumar, whatever decision he takes will be valid.” Regarding this statement, it is believed that Nitish Kumar can make some decisions regarding the NDA government on Monday or latest by early Tuesday. Also Read – After Bulldozer Action, ₹25,000 Reward Announced For Info on Shrikant Tyagi, His Location Traced to Uttarakhand | Key Points

If Nitish initiates talks, we are ready: RJD

Here, RJD’s national spokesperson Shivanand Tiwari while talking to Bhaskar said that if Nitish Kumar initiates talks with RJD, we are ready. On the question of forming the government after getting the offer, he said that we are with the people. We are ready to take every step for the public interest and to stop the government of rioters.

BJP State Committee meeting was held at the residence of Deputy CM Tarkishore Prasad. State President Sanjay Jaiswal, State General Secretary Sanjeev Chaurasia, and all the big leaders of the party’s state unit participated in this. However, no one is refraining from speaking anything about the meeting. This meeting is considered important in terms of the current political situation of the state.

In 2020, Nitish’s party JDU had got 28 seats less and it got 43, while the BJP added 21 seats to its previous tally as it was victorious on 74 seats. Despite this, the BJP had made Nitish the chief minister. NDA got 125 seats and Mahagathbandhan got 110 seats.

Why is Nitish angry with BJP?