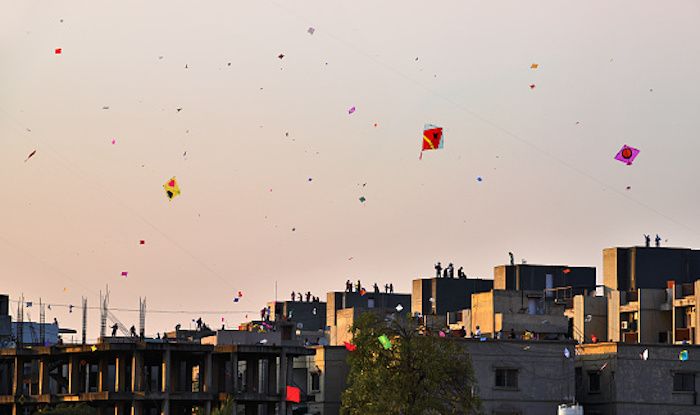 New Delhi: The festival of Raksha Bandhan turned into a tragedy for a family in Delhi as a man on way to meet his sister for Rakhi died after his throat was slit by ‘Chinese manjha’—a glass-coated kite string. The incident took place in Delhi’s Shastri Park area. The deceased has been identified as Vipin Kumar (35). This is the second death caused by Chinese manjha in the national capital this month.Also Read – Biker injured by Chinese manjha in Delhi

At around 5 PM on Friday, the man was riding his bike with his wife behind him on the Shastri Park flyover when the sharp string struck his neck, leaving him seriously injured. Bystanders helped his wife to get him to the trauma centre at Civil Lines where the doctors declared him brought dead. His body has been sent for post-mortem and further investigation is underway.

Earlier this month, the Delhi High Court had asked the Kejriwal-led government to ensure strict compliance with the orders passed by it as well as the National Green Tribunal (NGT) banning the sale of Chinese synthetic manjha.  The court had also asked the police to inform the court about the steps it has taken to implement the National Green Tribunal order banning ‘Chinese Manjha’.

A division bench headed by Chief Justice Satish Chandra Sharma was hearing a Public Interest Litigation (PIL) expressing safety concerns over the alleged use of ‘Chinese manjha’ and a complete ban on kite flying and related activities.

Besides, doctors at a leading private hospital had flagged the potential threat a ‘Chinese manjha’ — glass-coated thread used largely for kite-flying — poses to people as they presented cases of two women patients who recently underwent life-saving surgeries after accidentally sustaining severe injuries from it in streets.

Besides, highlighting the menace of “Chinese manjha” to life and limb of people, they also underlined its alleged “rampant illegal sale, despite a ban” by the government. In 2017, the NGT imposed a complete ban on the manufacture, distribution, sale, and use of nylon or any synthetic manjha or thread holding that it is the same as lethal in nature and non-biodegradable.