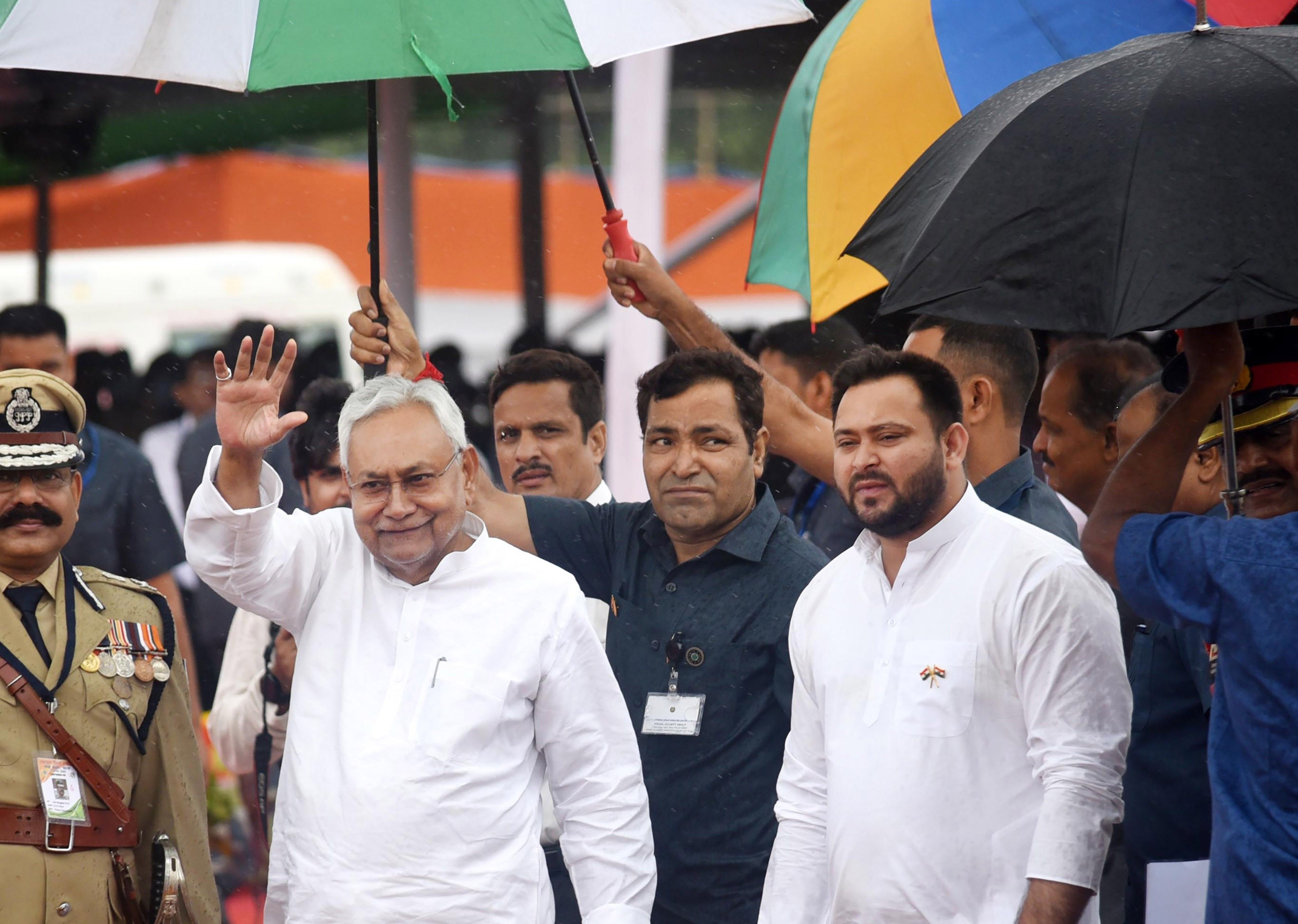 Patna/New Delhi: Bihar Chief Minister Nitish Kumar is set to expand his cabinet on Tuesday with the major share of seats going to ally Rashtriya Janata Dal, reported news agencies quoting sources on Monday. About 30 members will be inducted from different constituents of the ‘Mahagathbandhan’ or the Grand Alliance. The RJD is expected to have 15 cabinet seats and Kumar’s Janata Dal United 12, sources were quoted as saying. The state cabinet can have up to 36 ministers, including the chief minister.Also Read – ’10 Lakh More Jobs’: Bihar CM Nitish Kumar Promises 20 Lakh Employment Opportunities on Independence Day

According to highly placed sources, the swearing-in will take place at 11.30 AM at the Raj Bhavan. Among the invitees could be RJD supremo Lalu Prasad who was expected to arrive here on Monday night though party sources now claim he will be arriving on Tuesday by a morning flight. Also Read – Viral Video: Heartbroken Youth Celebrates Breakup Party in Samastipur, Cuts Cake With a Pistol | Watch

The induction of ministers on Tuesday is expected to keep a few berths vacant for future expansion. An in-principle agreement has been reached that the RJD, which is the largest party in the state assembly, will have a lion’s share of ministerial berths, followed by Kumar’s JD(U). Congress’ state in-charge Bhakt Charan Das has said that the party is tipped to get three ministerial berths, two of which will be filled on Tuesday. Also Read – Will Nitish Kumar Compete Against PM Modi in 2024? Bihar CM Breaks Silence | WATCH

Here’s a list of the names of probable ministers: