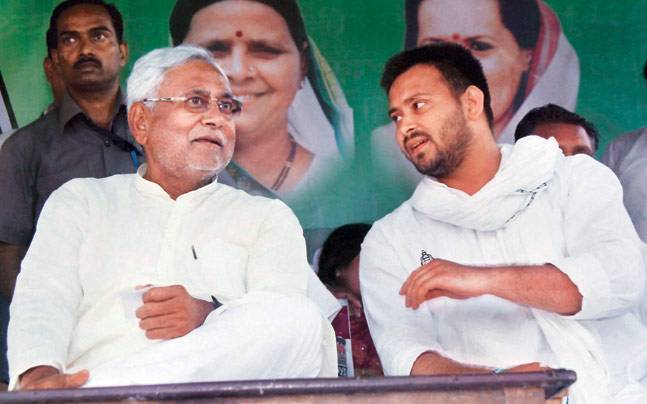 Bihar Cabinet Expansion: Days after Nitish Kumar and Tejashwi Yadav renewed their ties to form a new government in Bihar, all eyes are now glued to the cabinet expansion slated to be held on Tuesday, August 16 at 11:30 am. Though nothing has been confirmed as of now (at the time of filing the story) the RJD is expected to play the senior partner in the coalition with 79 seats in the Assembly.Also Read – Bihar Mahagathbandhan: Nitish Kumar Cabinet Expansion Begins; Nearly 30 Ministers to be Inducted | LIVE

The Lalu Prasad Yadav-led RJD is likely to stake claim to key portfolios such as finance and home. “It is natural the RJD would have the lion’s share in the Cabinet, but it will also stake claim to key portfolios, including finance and home department,” a senior RJD leader ha said. If reports are to be believed, the JD(U) is likely to have 11 ministers, the RJD has settled for 16. The Congress will be given four berths, while former chief minister Jitan Ram Manjhi’s HAM will have one member in the cabinet.

Besides, Santosh Suman Manjhi from HAM, the elder son of former Bihar Chief Minister Jitan Ram Manjhi, is also likely to be inducted into the cabinet today. Though reports had claimed that Tejashwi demanded home ministry and speaker’s position for his party, specualtions are rife that Kumar himself will be keeping Home, which helps him have a control over the police. He is likely to also keep the departments related to welfare of extremely backward castes and minorities, which form his core constituency.