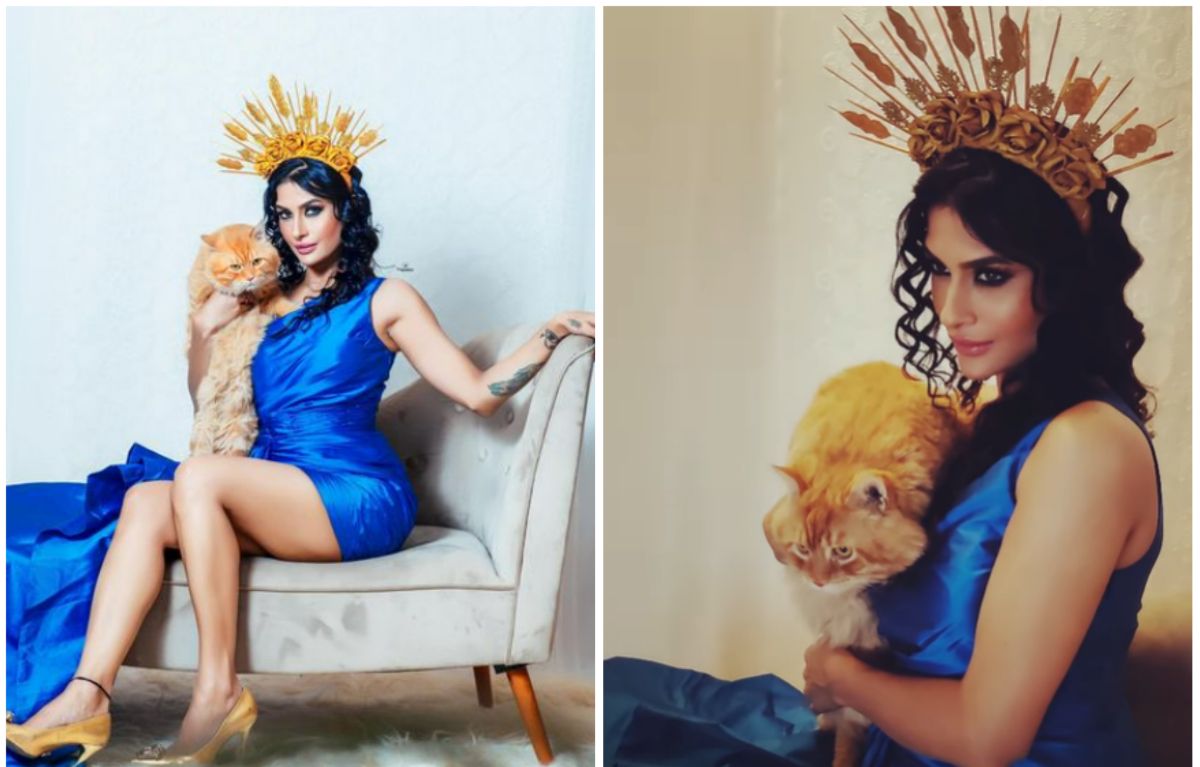 Pavitra Punia Photoshoot: Bigg Boss 14 fame actress Pavitra Punia recently did a stunning photoshoot with her pet cat Bagheera. The TV beauty shared her ‘purr-fect’ shot on social media that left her fans gushing. For the photo-shoot, Pavitra donned a beautiful blue outfit with a trail, she was donning a gold tiara that gave a modern queen vibe. Pavitra completed her look with golden heels that perfectly matched with her hair accessory. The glam makeup added an oomph factor to her overall look, however it was Pavitra’s cat who stole the show!Also Read – Eijaz Khan Meets Pavitra Punia’s Parents and It Was a ‘Little Awkward’ | Read On

Pavitra posed with her furry friend who looked quite comfortable with the cameras. Pavitra shared a bts video and a photo for fans, sharing the post she wrote: The struggle is real but result is mind-ich-blowing 🐈 #bagheera P.S- Lakshmi tried her best 😁

Pavitra Punia’s photoshoot with her cat

On the personal front, Pavitra Punia is dating Eijaz Khan for quite sometime now. The duo first met inside the Bigg Boss 14 house and after starting as a frenemy they eventually developed feelings for each other and confessed their love. After the show the duo painted the city red with their romance as they were spotted together on various public places.

They soon moved in together and are currently living-in as couple. Popularly known as ‘PaviJaz’ by fans, Pavitra and Eijaz have already met each-other families and will reportedly tie the knot by the end of this year.