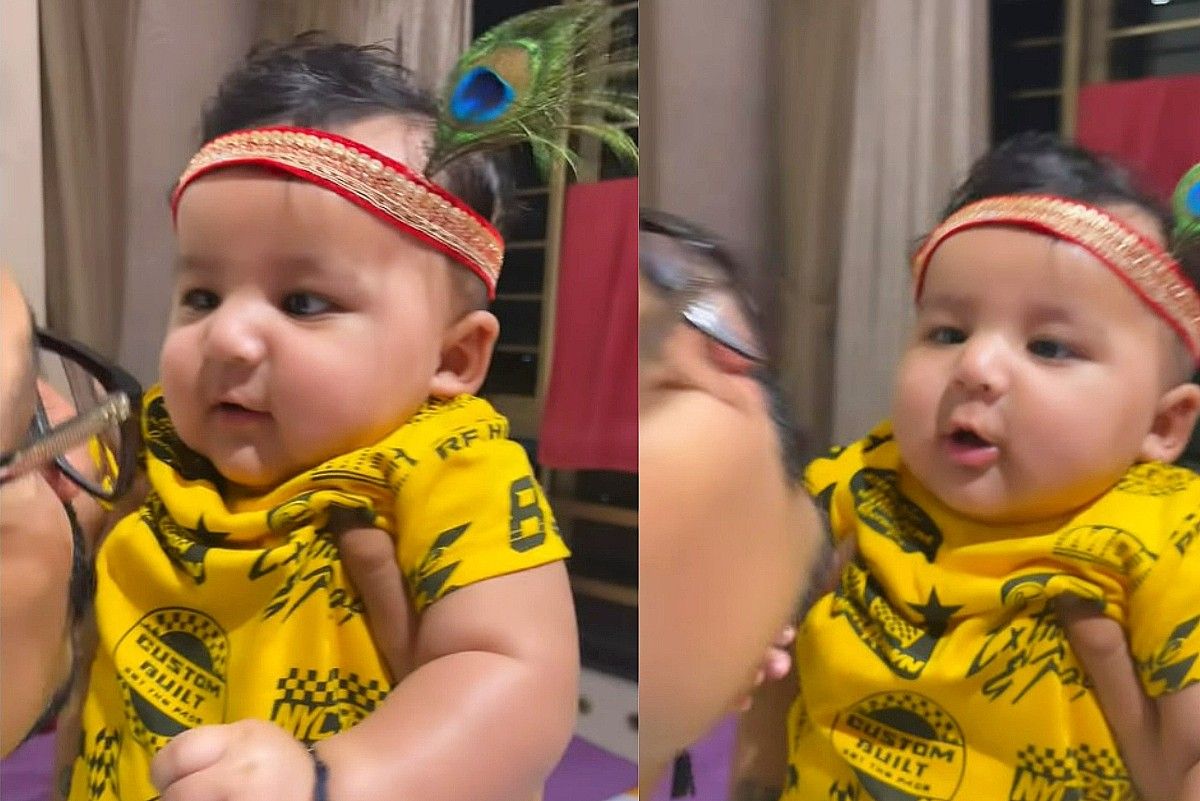 Janmashtami 2022 viral video: Comedian Bharti Singh dropped the cutest video online while celebrating Shri Krishna Janmashtami with her family. In the video, Bharti and Haarsh’s three-month-old son Laksh AKA Gola is seen dressed up as the little Krishna. Haarsh picks up Gola and plays with him as he wears a yellow t-shirt with a tiny peacock feather on his head.Also Read – Krishna Janmashtami 2022: Are Banks Open Today?

Bharti and Haarsh welcomed their first baby, Laksh on April 3 this year. The couple revealed the face of their child only last month after talking about him in many videos on their YouTube channel. They took it to their social media handles last month and dropped a few photos from the official baby photoshoot.

In a beautiful chat recently, Bharti Singh talked about becoming a mother and fighting the stigmas attached to it. She spoke to Neha Dhupia during an Instagram live session and said, “To all the people who told me that my life will be over after having a baby – You are wrong. My smiles have doubled, my laughter has doubled. I have double the content for comedy now that I also have the stuff to talk about the child.”

The comedian has been a hands-on mother and has also resumed work on TV. Happy Janmashtami to the couple!