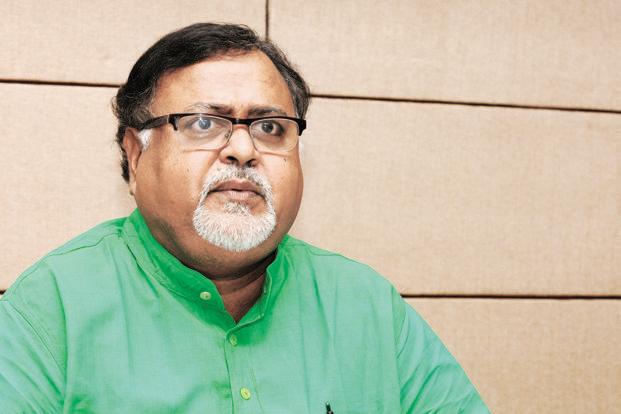 Kolkata: The Enforcement Directorate (ED) on Saturday arrested former West Bengal Education Minister, Partha Chatterjee from his residence in Kolkata. The team had been here since yesterday in connection with the SSC recruitment scam. The agency sleuths, who started the interrogation at the residence of the minister at 8 AM on Friday, arrested the TMC leader at around 10 am today. Chatterjee was arrested after around 26 hours of grilling in connection with the probe. He was taken to the ED’s office at CGO Complex in Salt Lake area. Yesterday, ED officials have recovered Rs 20 crore in cash from one of the properties of Chatterjee’s close associate Arpita Mukherjee in south Kolkata.Also Read – Who Is Arpita Mukherjee, Bengal’s Mystery Woman Caught With Rs. 20 Crore In Cash At Home By ED

“He was not cooperating with our officers who were questioning him since Friday morning. He will be produced before a court during the day,” an ED official told news agency PTI.

#WATCH | Enforcement Directorate (ED) team arrests former West Bengal Education Minister, Partha Chatterjee from his residence in Kolkata. The team had been here since yesterday in connection with the SSC recruitment scam. pic.twitter.com/iGkfQNlF0X

While the CBI had been looking into the alleged irregularities in the recruitment of non-teaching staff (Group C & D), assistant teachers (Class IX-XII) and primary school teachers, the ED is probing the money laundering aspect. Partha Chatterjee was the Education Minister when this scam was allegedly pulled off.

The ED started the raids on Friday where it seized cash amounting to approximately Rs 21 crore at Arpita Mukherjee’s premise. Moreover, documents pertaining to around 10 properties, gold and diamond ornaments worth about Rs 50 lakh were also recovered from Arpita Mukherjee’s house.

“During the course of searches, the ED has recovered huge cash amounting to approximately Rs 20 crore from the residential premises of Arpita Mukherjee, who is a close associate of Shri Partha Chatterjee. The said amount is suspected to be proceeds of crime of the SSC Scam. The search team is taking the assistance of bank officials for the counting of cash through cash counting machines. A total of more than 20 mobile phones have also been recovered from the premises of Ms. Arpita Mukherjee, the purpose and use of which is being ascertained,” read a statement issued by the ED.