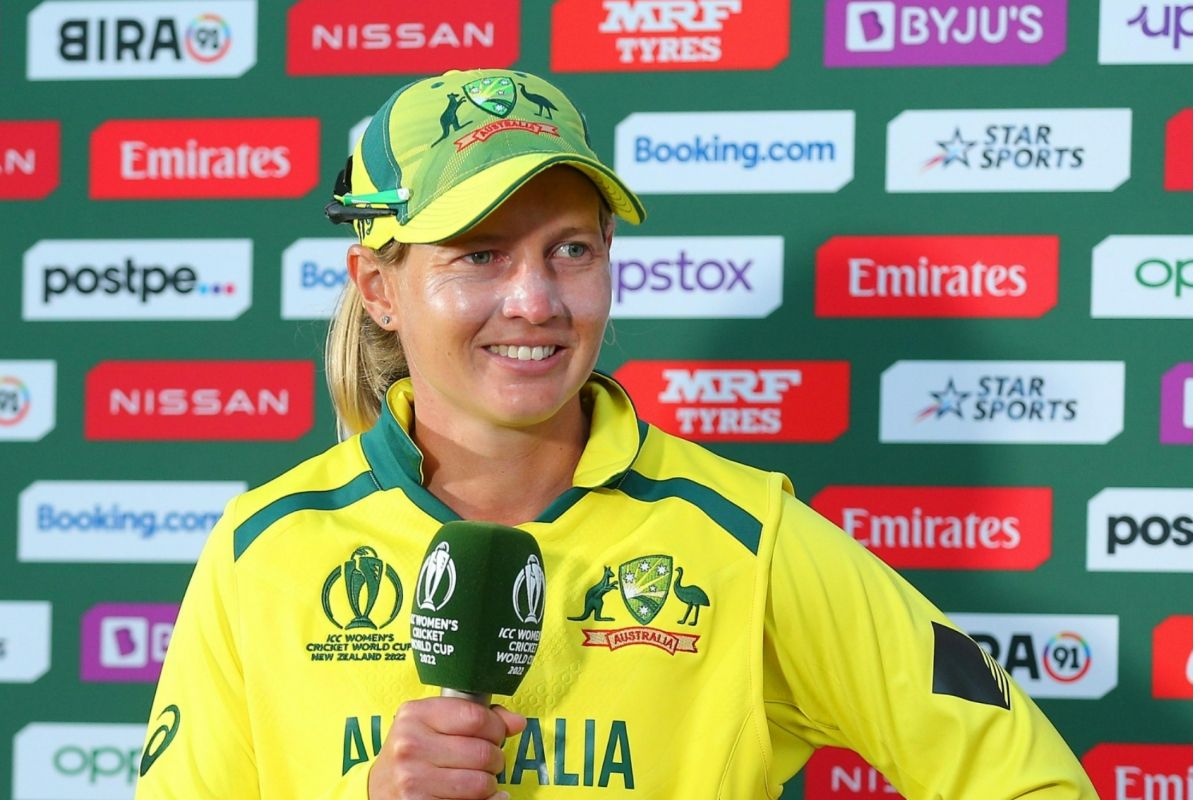 Canberra: Meg Lanning, the captain of Australia women’s cricket team, said on Wednesday that she will take a period of indefinite leave effective immediately. Meg has cited personal reasons to take a break from the game, with no timeline set for her return.Also Read – EXCLUSIVE | ‘Mirabai Chanu is my Idol & Paris is The Ultimate Goal’ – CWG Gold Medallist Achinta Sheuli

Her decision comes after Australia won the gold medal in women’s T20 cricket event at the 2022 Commonwealth Games in Birmingham. Under her captaincy, Australia also emerged victorious in T20I and ODI World Cups, as well as in a home Ashes series. Also Read – Deepak Hooda to Avesh Khan; Players Who Can Make India’s T20 World Cup Squad Based on Asia Cup 2022 Performance

“After a busy couple of years, I’ve made the decision (to) take a step back to enable me to spend time focusing on myself. I’m grateful for the support of CA and my teammates and ask that my privacy is respected during this time,” said Meg on her stepping back from the game. Also Read – ‘Next Generation of Talent:’ Anand Mahindra Impressed By Tamil Nadu Boy’s Acrobatic Stunts, Shares Video | Watch

It means that Meg will miss the upcoming edition of The Hundred women’s competition where she was due to represent the Trent Rockets. Cricket Australia (CA) said it will continue to support Meg, with a decision on her participation in the upcoming Australian domestic summer to be made in due course.

“We’re proud of Meg for acknowledging that she needs a break and will continue to support her during this time. She’s been an incredible contributor to Australian cricket over the last decade, achieving remarkable feats both individually and as part of the team, and has been a brilliant role model for young kids.”

“The welfare of our players is always our number one priority, and we’ll continue to work with Meg to ensure she gets the support and space she needs,” said Shawn Flegler CA Head of Performance, Women’s Cricket.

Meg made her international debut in 2010. In 2014, as a 21-year-old, she was named as the captain of the side. Since then, she has led Australia in 171 matches across all formats with 135 victories against her name.

“We’re fully supportive of Meg’s desire to have a break from cricket and we will give her all the time, support and space she needs,” said Blair Crouch, general manager of Melbourne Stars, Meg’s club in Women’s Big Bash League (WBBL).

Australia’s next international assignment is a five-match T20I tour of India in December. It will be followed by hosting Pakistan in January before taking part in the T20 World Cup in South Africa in February.